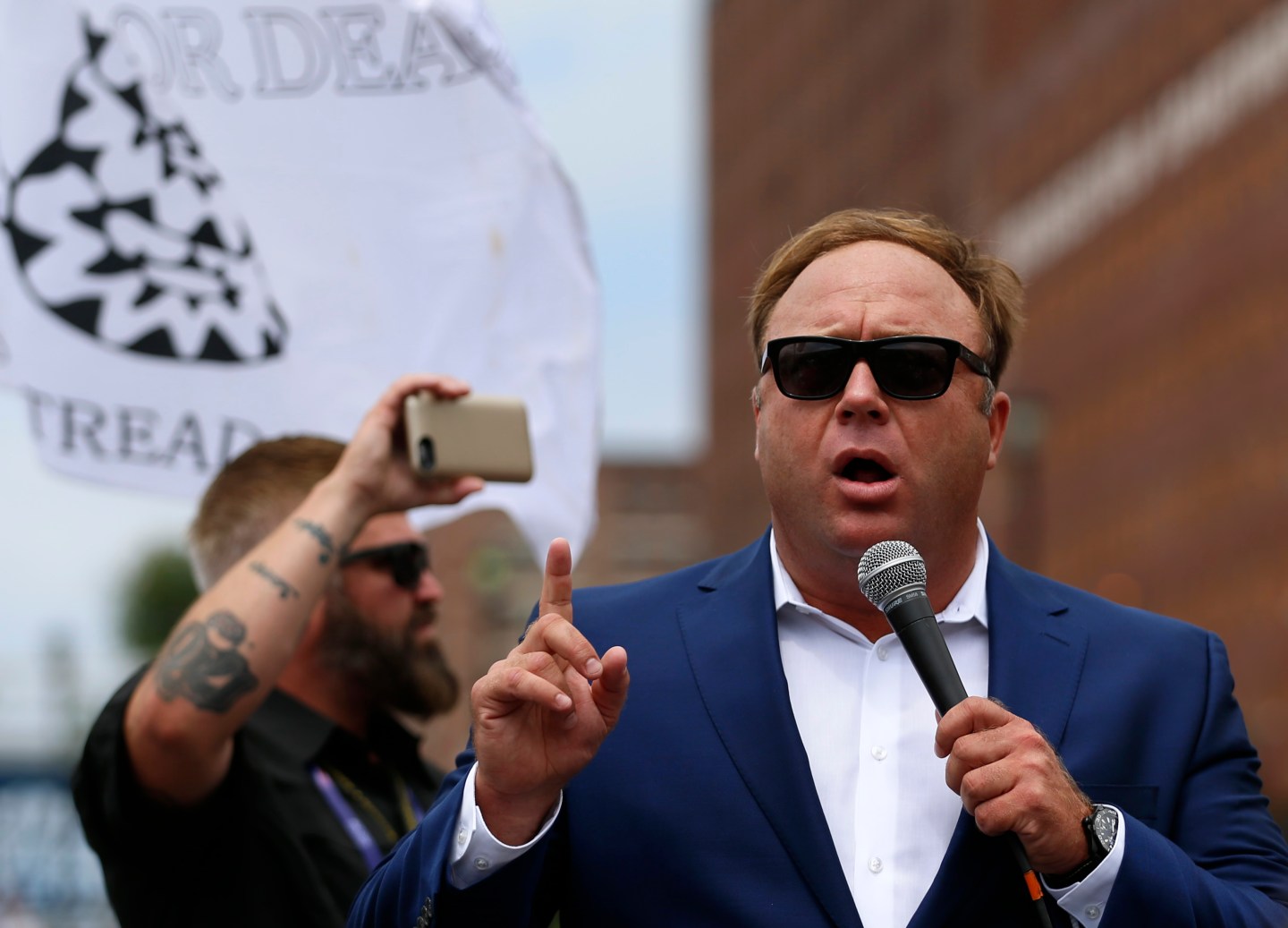 Two weeks after he was sued for defamation after misidentifying the gunman at Parkland’s Marjory Stoneman Douglas High School, Infowars’ Alex Jones is facing another defamation suit—this time from the parents of children killed at Sandy Hook Elementary School in 2012.

Three parents of victims of that attack have sued the conspiracy theorist for his repeated statements that the shooting was a “giant hoax” orchestrated by opponents of the Second Amendment.

Two separate suits were filed in Travis County District Court in Austin Tuesday morning, the first time Jones has been sued for his Sandy Hook comments. The suits revolved around a radio broadcast from last April called Sandy Hook Vampires Exposed. Among Jones’ statements was the accusation that a glitch (which was a byproduct of video compression) in an interview with CNN’s Anderson Cooper with one of the parents was proof the interview took place in a studio.

Infowars also accused a parent who spoke of holding his son with a bullet hole in his head of lying, saying parents were never allowed to see the bodies.

“The statements were a continuation and elaboration of a years-long campaign to falsely attack the honesty of the Sandy Hook parents, casting them as participants in a ghastly conspiracy and cover-up,” the parents’ lawsuits said.

Mark D. Bankston, a Houston lawyer who is overseeing the case filed earlier this month against Jones, is representing the parents in these cases as well.