Why the Next Bottle You Pour Should Be a Natural Wine 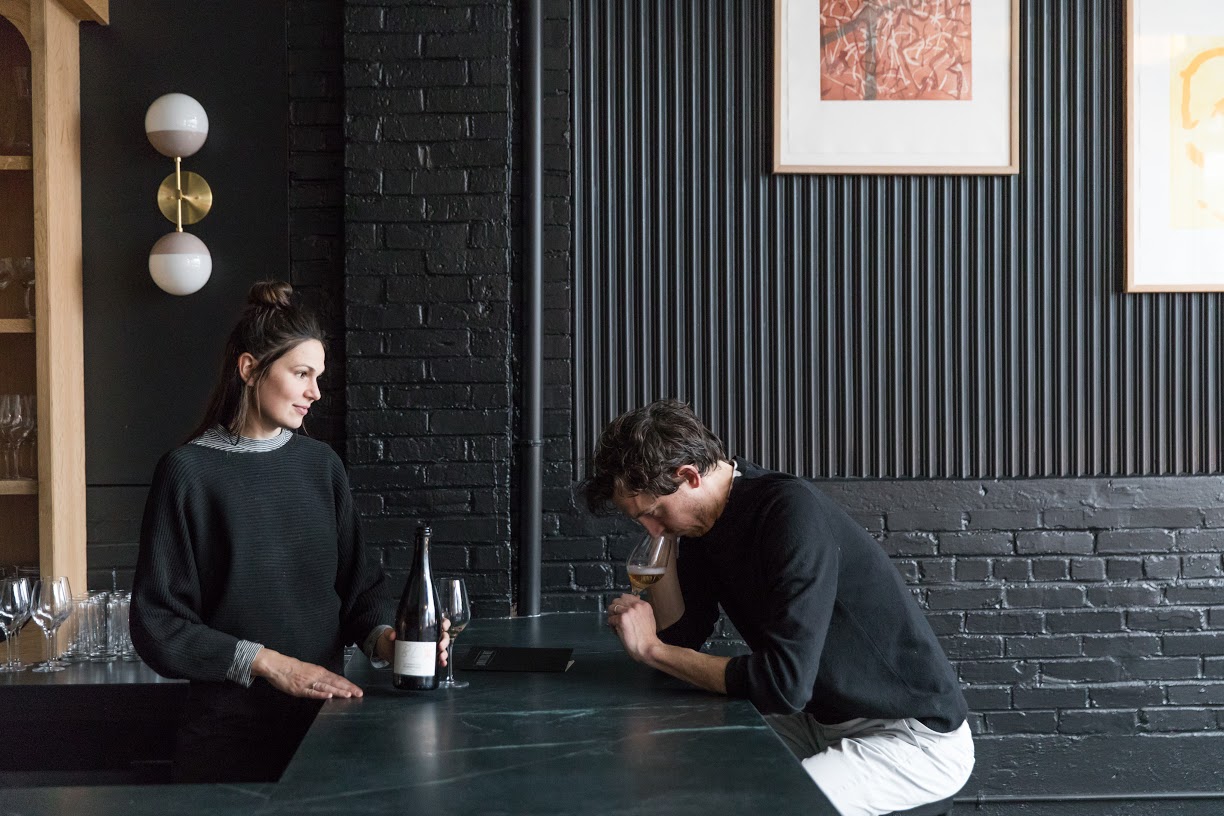 In 2014 Orenda and Peter Hale packed up their life in New York City and relocated to Portland, Maine for the crisp air, blue water, and affordable real estate. They opened a wine shop, Maine & Loire, on the border of the East Bayside and Munjoy Hill neighborhoods, “in a big space with a living room up front where we would sit and drink the wine ourselves,” says Orenda. Mostly because customers weren’t buying it.

The Hales had filled their shelves with natural wine, a quasi-controlled term that means different things to different people. There’s ongoing kerfuffle in the industry surrounding use of sulfur dioxide and extent of filtration, but generally most growers, importers, and merchants agree a natural wine is made from grapes grown organically, harvested manually, and wild fermented with their own yeast. These wines are minimally filtered, often effervescent and meant to be drunk young and copiously—the French, perfecters of both making and consuming natural wine have an onomatopoeic term for this, glou glou, the sound these easy-drinking reds and white make hurtling down your throat on a warm June day.

The Hales fell in love with natural wine (and each other) working at restaurants Diner and Reynard in Brooklyn. “When I first tried natural wine,” says Orenda, “I was like, ‘what have I been drinking all these years?’ The flavors are so much more expansive. You open the cork, and it’s like a living thing has been encapsulated.”

In France and other parts of Europe, people have been drinking natural wines for millennia, but their cachet is a relatively recent phenomenon in the US, a coda to the organic food movement, and until a few years ago confined to cosmopolitan coastal metros. In Portland, Maine in 2014, for example, so few customers were buying the Hales wines, “very quickly within our first year we realized we had to get these bottles open and have people drinking the wines we’re selling,” says Orenda.

So she and Peter opened Drifter’s Wife, an adjacent restaurant with 20 seats and a kitchen equipped with two induction burners and a half-oven. The restaurant became so popular they were forced to expand and a month ago, moved a few doors down into a larger space with geometric wainscoting, marimekko-inspired wallpaper, and seating for 50 on Shaker-style chairs and barstools. They pour 16 to 19 natural wines by the glass and bottle, all of which are available for retail purchase at Maine & Loire.

At Maine & Loire the Hales stock about 300 labels, most priced between $15 and $25. The breadth of the selection is impressive considering natural wine, while trendy right now, still represents a microscopic splinter of the total wine market. “When I first started drinking these wines in 2000, the only things we could get were very renegade producers in the Loire Valley, Beaujolais, and the southwest [of France],” says Peter. “Now, importers are turning over rocks all over Europe. It’s like little old ladies in the mountains of Valle d’Aosta who have been making natural wines for years and just got discovered.”

And it’s not just Europe. Winemakers in Chile’s Bio Bio Valley are wild fermenting Pais, a communion wine grape planted by Jesuit missionaries over 200 years ago. On Sonoma Mountain, Tony Coturri follows the ancient methods of his Italian grandfather for his natural Zinfandel, Carignan, Syrah and Gravenstein apple cider in the style of pétillant-naturel, the term for the natural class of hazy French sparklers. Across the country, in New York’s Finger Lakes, Fossil & Till makes natural wine with the region’s famous Riesling grapes, including a barnyardy pét-nat you can find at restaurants like Olmsted and Eleven Madison Park—sometimes.

The thing about natural wines is, you can’t always count on them to be available. Like many organic farmers, grape growers prize quality over quantity and eschew the insurance that pesticides provide, so yields are lower. Natural wineries are also typically smaller operations that can only produce so much juice at a time. (Nonna Maria from the Valle d’Aosta isn’t putting out 40,000 cases a year.) Natural wine is a temperamental process at all stages, but this also helps insulate it from being co-opted by the commercial wine industry and becoming the next White Girl Rosé.

“Any big brand, their profit margins would be cut in half,” says Orenda. “No one making natural wine is a millionaire or living lavish.”

As with buying eggs—free range? Pastured? Cage-free?—marketers make things confusing. Some wineries use organic grapes but make wine conventionally, which is not natural wine. Others are using conventional grapes but making wine in the natural method, which is also not natural wine. The easiest way to navigate this when shopping, says Orenda, is to turn the bottle around and pull out your phone.

“Look at the importer’s label. All of the natural wine importers have a website with information about their winemakers’ growing practices,” she says, “That’s the easiest way to know what you’re buying is natural.”

“This winemaker is new to the states but very well known in France and internationally. We immediately fell in love with his wines because they are pristine and sophisticated but are full life and youth. They drink amazing young but have capacity to age for years.”

“Here are two singular idiosyncratic expressions of Niellucciu on limestone. The Gritole is a fruited, kinetic luscious mouthful. The Ravagnola tastes like a battlefield: savory, bloody, hot sun.”

“Marcucci is a highly passionate and extremely talented winemaker. He has been instrumental in helping several emerging winemakers over the years, as he is a huge proponent of sharing how to make natural wines. He truly wants to leave the world a better place for today’s children and believes in farming clean to preserve the environment. His wines are remarkably aromatic and textural. Each one singular expressions of plot and varietal.”