Student Walkout: See Photos of Students Protesting for Gun Control Across the Nation 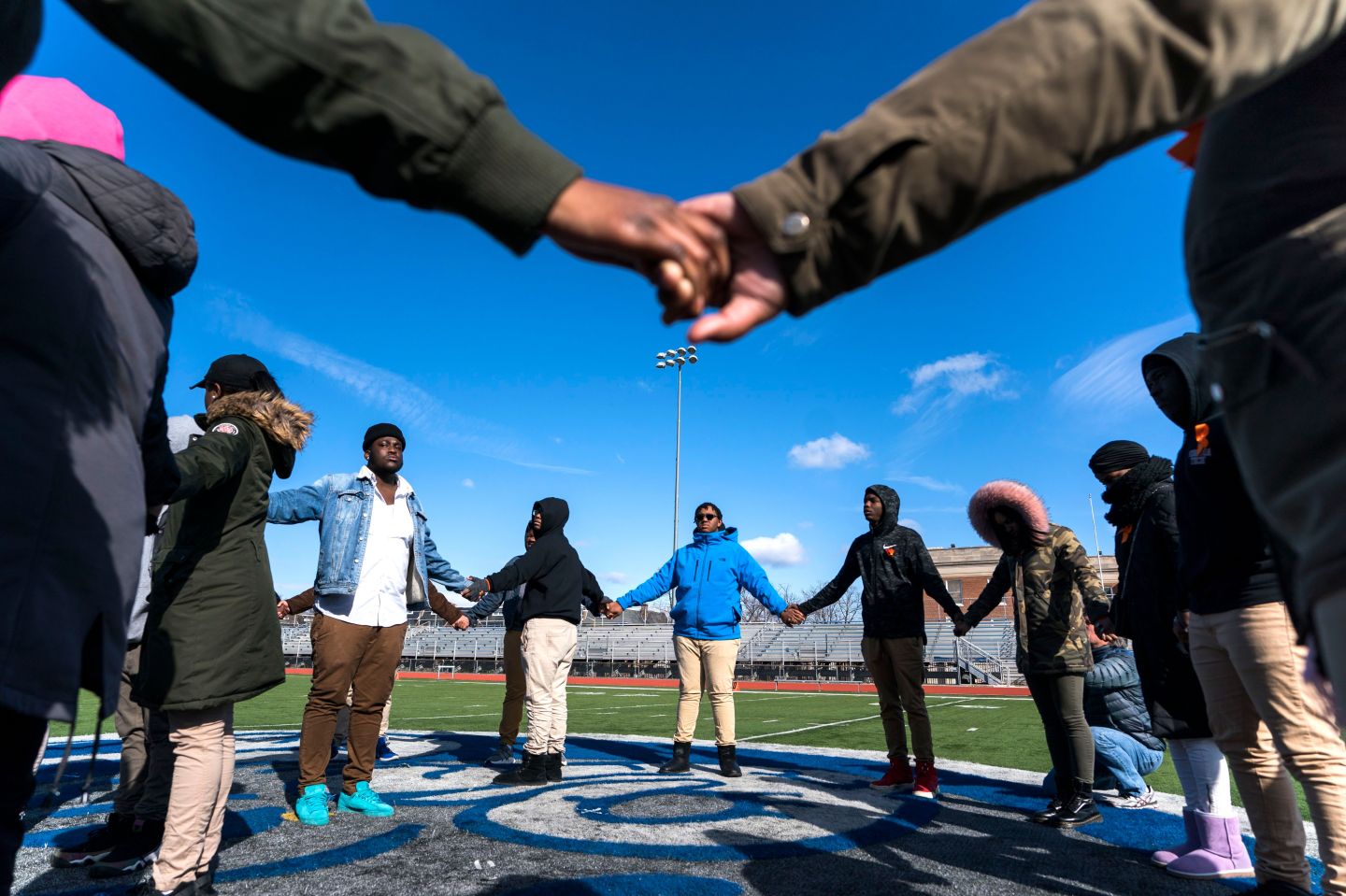 Mandatory Credit: Photo by JIM LO SCALZO/EPA-EFE/REX/Shutterstock (9458881e) Eastern High School students walk out of class and assemble on their football field for the National School Walkout, a nation-wide protest against gun violence, in Washington, DC, USA, 14 March 2018. Organizers of the 17-minute protest, one minute for each victim of the Stoneman Douglas High School shooting that took place on 14 February, hope to call attention to Congressional inaction on the issue. National School Walkout in Washington, DC, USA - 14 Mar 2018
Jim Lo Scalzo—EPA-EFE/REX/Shutterstock

Students participated in a nationwide walkout to protest gun violence and advocate for gun control at 10 a.m. today in the biggest demonstration of student activism yet. The nearly 3,000 demonstrations across the country will last 17 minutes to honor the 17 people killed at Marjory Stoneman Douglas High School exactly one month ago.

Students from Maine to Hawaii and from elementary to university levels plan to raise awareness about school safety and the impact of gun violence. Some will hold a walkout, memorial service, register students to vote, or call lawmakers to address gun violence and make a change.

The #Enough Walkout is organized by EMPOWER, the youth branch of the Women’s March. Those participating have three main demands for Congress—to ban assault weapons, require universal background checks prior to gun sales, and pass a gun violence restraining order law that serves as a red flag for violent behavior. For those who aren’t students or teachers, the #Enough organizers asked people to wear orange which is a color associated with gun violence prevention.

Click through the gallery above to see students across the country protesting in solidarity.