Why Is a $95 Million Mansion Sitting on the Market? 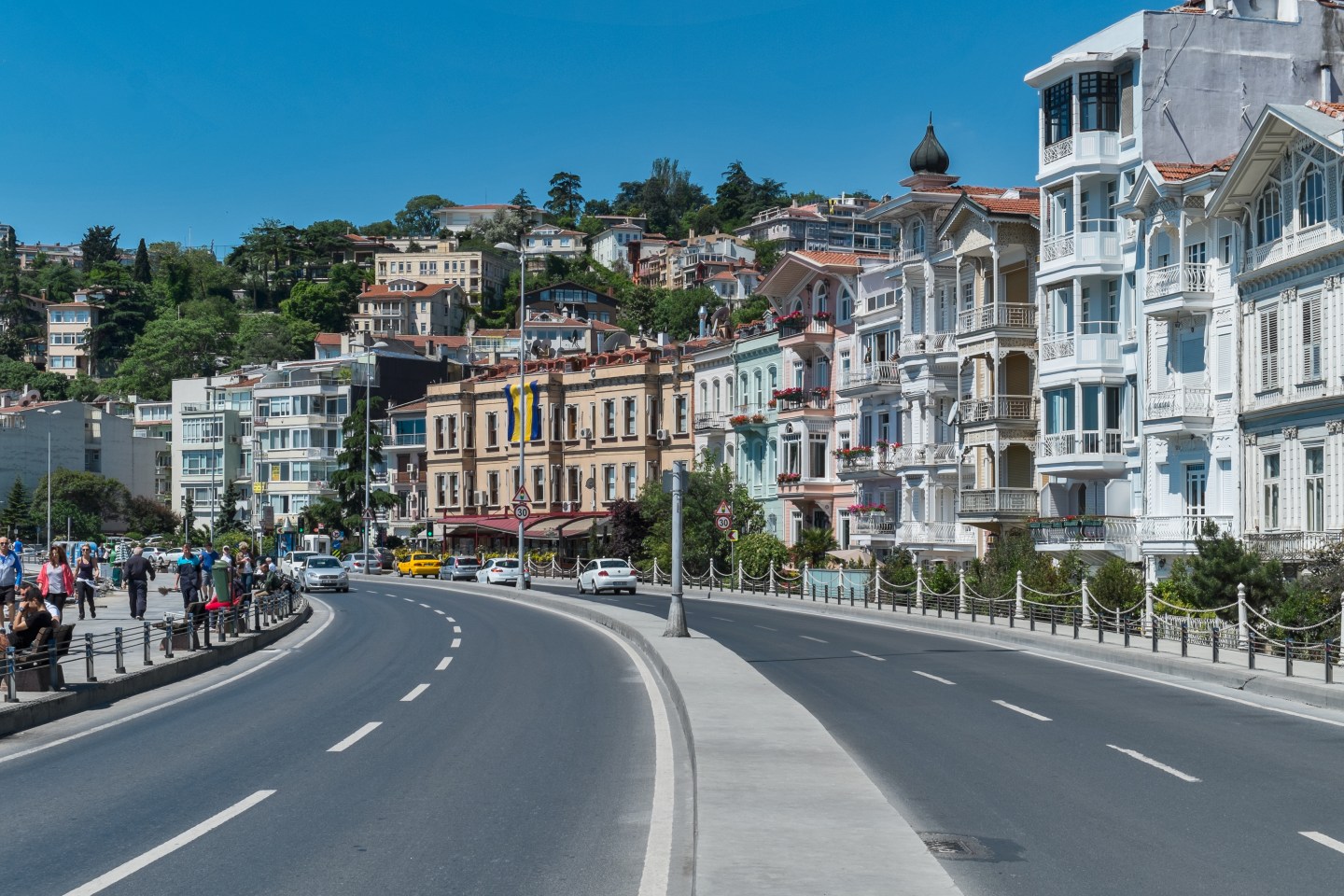 By the late 19th century, the Ottoman Empire was limping toward oblivion. A fragmented agglomeration of countries, ethnicities, and languages, the empire was under-funded and crumbling from within.

Its third-to-last, increasingly repressive sultan, Abdul Hamid II, was forced to abdicate in 1909.

Shortly before that event, one of his ministers, Müşir Zeki Pasa, began work on a massive, 26,900-square-foot mansion on the bank of the Bosphorus. Designed by the French architect Alexandre Vallaury, the five-story building had manicured gardens, a ground-floor hamam, grand windows overlooking the strait, and lavish ornamentation.

When the sultan fell, most of his ministers did, too, and Zeki Pasa went into exile.

The mansion—a palace, really—was transferred to the royal family and deeded to the last Ottoman sultan’s youngest daughter, Sahiba Sultan, and her husband (who was also her cousin), Ömer Faruk.

After the sultinate was abolished in 1922, the princess and her family fled to southern France. The house, after sitting empty for a few years, was purchased by the Bastimar family, whose wealth derived from tobacco.

For the next 85 years, four successive generations of Bastimars lived in the house. Now, faced with maintaining a home that requires three servants for every floor (and that doesn’t include gardeners and chauffeurs), the matriarch of the family has put the mansion up for sale. It’s listed, currently, for $95 million with Ayikcan Real Estate, a member of Leading Real Estate Companies of the World.

“When the Bastimars first bought the house, they actually used it as a tobacco-storage facility,” says Pinar Ayikcan, the broker who represents the listing. “They lived in a palace nearby.”

When the structure was built, it was situated in a wealthy, low-slung neighborhood dominated by gracious, single-family villas and elegant gardens.

Over time, the majority of those mansions were demolished. Even though the neighborhood is still affluent, the house is one of the only remaining villas of its size.

“It’s one of the biggest estates in Istanbul,” Ayikcan says. “And it’s the largest residential house on the Bosphorus, at this point.”

Currently, the house is occupied by the family matriarch, who was four years old when her family moved in, plus her daughter-in-law and granddaughter. The women live on separate floors with separate staff. In total, the house has 23 bedrooms, four living rooms, and eight bathrooms.

Almost all the interiors are original, Ayikcan says, as is much of the furniture. “There are chairs that were owned by Louis XIV, along with furnishings, including Murano chandeliers, that date back to the Ottomans.

“Everything has been kept up,” she says. “The windows, the marble, the ceilings, even. It’s all original.”

The house has other esoteric features: There’s a sink in a large meeting room on the house’s first floor. “During high-level conferences, they would turn on the sink, and the noise of the water would drown out their conversation” in case of eavesdroppers,” Ayikcan says.

The house has 360 feet fronting the Bosphorus, as well as a footprint of a little under an acre.

As rare as the property is, though, it faces a few hurdles to selling at the listed price. First, it’s dwarfed by the massive Fatih Sultan Mehmet suspension bridge, which is almost directly above the property. No matter how lovely the view, the presence of an eight-lane highway suspended 210 feet above your garden might put a pall on sunbathing.

Second, there’s, well, the price. At $95 million, it’s out of reach for many domestic buyers, and the current political situation in Turkey might give an international buyer pause. For that amount, after all, there are myriad options in every major financial center around the world. Someone interested in safeguarding money through residential investment might prefer a more stable government.

“A local person could buy it for business purposes, to perhaps, make a unique hotel,” Ayikcan says. “Or it could be a consulate or—of course, if someone wanted a very, very special residence—they could buy it for that, too.”

The mansion has already been on the market for about five years, but Ayikcan says the sellers aren’t in a rush. “They don’t want to sell it for nothing,” she says. “It’s a palace, not a regular home.”