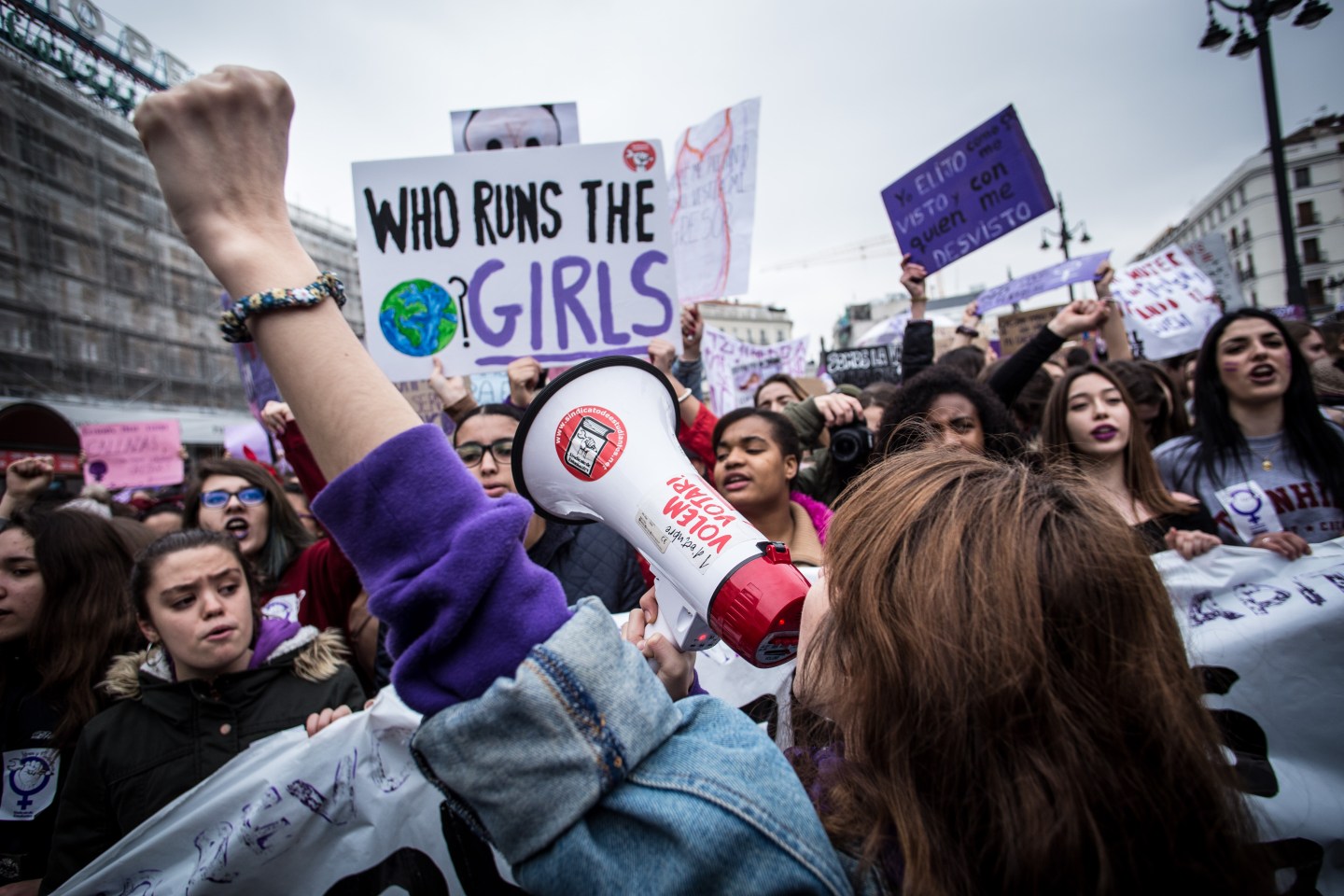 MADRID, SPAIN - MARCH 08: A demonstrator chants over a megaphone during a one day strike to defend women's rights on International Women's Day in Madrid, on March 8, 2018. Spain celebrated International Women's Day today with an unprecedented general strike in defence of their rights that saw hundreds of trains cancelled and countless protests scheduled throughout the day. (Photo by Pablo Cuadra/Getty Images)
Pablo Cuadra—Getty Images

Today marks International Women’s Day, a global celebration of women’s social, political, and cultural achievements from the past and present, while pushing for progress for future generations. In the past year, we’ve seen women from all walks of life stand up and start the conversation of issues women still face like gender equality and sexual assaults. Thanks to recent activism movements like the #MeToo and Time’s Up movements, the call for change this Women’s Day will not go unnoticed.

This year’s theme is #PressForProgress, a call-to-action to press forward and progress gender parity. Women wearing purple, the official color of IWD, participated in events and marches held around the globe.

Spain’s workers are walking in its first “feminist strike.” Participating women all across the country halted work in a 24-hour strike organized by the Mar. 8 Commission and backed by 10 unions and some of the country’s top women politicians. Hundreds of women who were in Madrid’s Puerto Del Sol banged pots and pans while shouting slogans.

In Milan, Italy, thousands of students marched in front of hospitals protesting against Italian doctors refusing to perform abortions, even though it’s legal. South Koreans marched the streets in the wake of #MeToo, while in Manila, women marched and argued their president was a violator of women’s rights. Indian women marched toward parliament demanding action for discrimination in the workplace, sexual assault, and domestic violence. McDonald’s ‘M’ logo even turned upside down in honor of International Women’s Day in California, although some were not a fan of the company’s stunt.

View the gallery above to see how the world celebrates this special day.