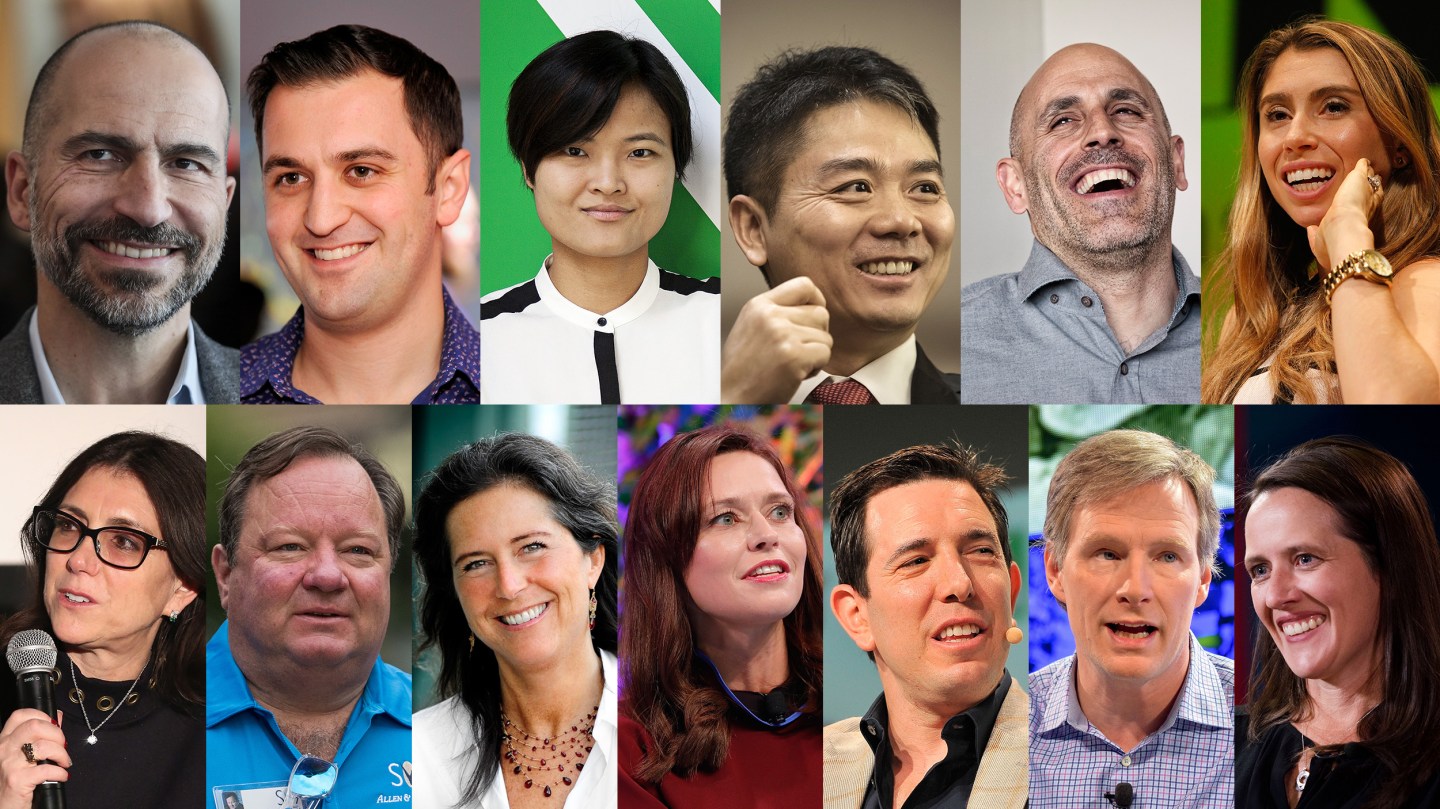 I spend a lot of time hosting and attending conferences. In the last two years alone I’ve helped run Fortune events in Guangzhou, New York, San Francisco, Las Vegas, and Rome—we met the Pope! I’ve been to TED in Vancouver, the World Economic Forum in Davos, and a Salesforce powwow in London.

I love them all. Truly. But my favorite is the one I’ve been associated with longest, Brainstorm Tech, our annual gathering of industry movers and shakers in Aspen, Colo. This summer—July 16th to 18th to be exact—will be my 10th year having a hand in overseeing Brainstorm. I love it because in an age of challenged journalism business models, live events are all the rage. They make for an experience that can’t be commoditized and therefore is both great “content”—how I hate that word—and a lucrative business.

I’m taking the time to tell you this because today we’re announcing our first spate of speakers for Aspen, an exciting collection of executives, entrepreneurs, and investors we know will wow the audience, both in the tent on the grounds of the bucolic Aspen Institute and over the livestream on Fortune.com.

What was called ride-sharing, then ride-hailing, and soon transportation logistics will be a big theme in Aspen, and we’ll have three of the industry’s brightest global stars onstage. Uber CEO Dara Khosrowshahi will appear for the first time at a Fortune event. John Zimmer, president of Lyft, Uber’s arch foe in the U.S., returns. And Hooi Ling Tan, co-founder of Grab, the Uber of Southeast Asia and also a bitter Uber rival, will appear as well. (Read this great Straits Times interview with her.)

Retailing is one of the industries most affected by technology. Richard Liu, founder of Chinese e-commerce giant JD.com, is coming to Aspen. JD partners with Walmart, and we’ll have two of its biggest online stars, Marc Lore, head of Walmart’s U.S. digital business, and Jennifer Fleiss, a founder of Rent the Runway and now head of the first portfolio company, Code Eight, a company started by Walmart digital incubator Store No. 8. (Incidentally, a Walmart director, former Yahoo CEO Marissa Mayer, is a co-chair of this year’s event.) And we’re happy to welcome Toni Reid, who leads the product development team behind Amazon’s voice-controlled assistant Alexa as well as its Echo home devices.

At Brainstorm we like to discuss the intersection of tech with other industries, including entertainment. Movie producer Stacey Sher, now co-president of Activision Blizzard, will appear, as will Robert Bakish, CEO of Viacom. Design too is a big deal, and Brainstorm will host one of the industry’s brightest designers, Ivy Ross of Google.

We also like to make sure the folks who finance tech mix it up in Aspen. Kirsten Green of Forerunner Ventures returns to our stage. Politico Bradley Tusk, also a VC investor, will bring his strong personality to Aspen. So will RBC’s Mark Mahaney, whose lively stock-picking chatter brought down the house in 2017.

This is merely the first batch of headliners. We’ll have more soon. Brainstorm Tech is an invitation-only event, and you can request an invitation from me or any of the editorial co-chairs: Michal Lev-Ram, Andrew Nusca, and Leigh Gallagher.