Chinese Startups See Latin America as a Land of Opportunity 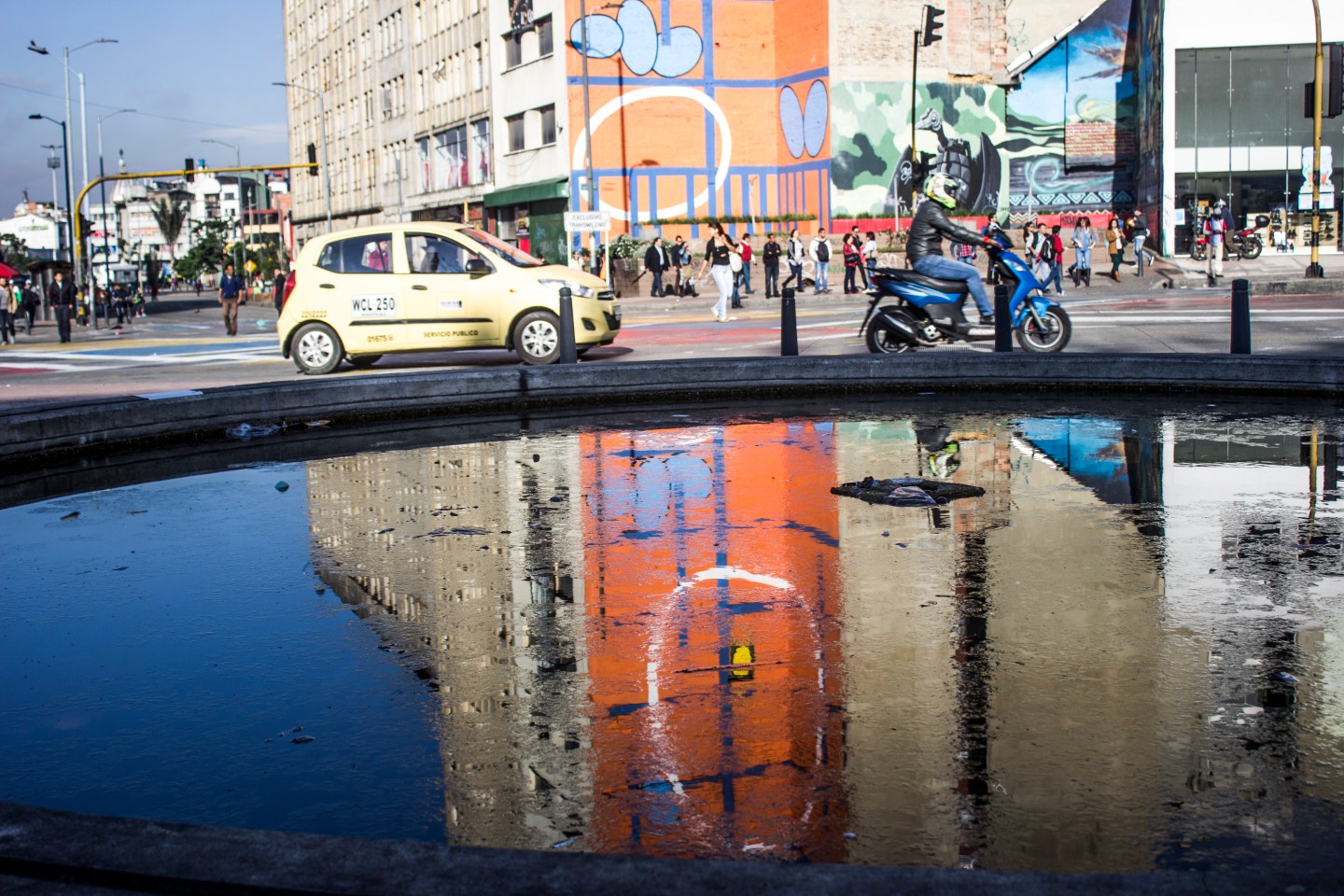 Two years ago, Tang Xin had never set foot in Mexico and didn’t know a word of Spanish. While his grasp of the language hasn’t improved much since then, he has built one of the country’s hottest apps.

Noticias Aguila, which translates as News Eagle, now has 20 million users and became the No. 1 news app in Google Play’s Mexico store late last year, according to App Annie. That has come as Tang and his development team remain based in Shenzhen, the Chinese technology hub just across the border from Hong Kong.

Tang, who worked for Tencent Holdings (TCTZF) before striking out on his own, is among an emerging group of Chinese developers and investors betting the next technology gold rush will come from Latin America and its 600 million-plus people. Fueled by deep-pocketed mainland venture capitalists and success at home, the 40-year-old and his peers are exporting a formula honed in China of pursuing rapid expansion over profitability.

Chinese venture capital investment in Latin America jumped to $1 billion since the start of 2017, compared with about $30 million in 2015, according to data collected by Preqin.

“China used to copy from overseas, but now we see more opportunities by helping replicate business models that’ve taken off and exporting them,” said Tang, who now spends a quarter of his time in Mexico. “Competition is so fierce in China that smaller companies feel it makes sense to look for opportunities elsewhere.”

The push by the tech sector piggybacks on years of state-driven Chinese investments in infrastructure in Latin America, with a pool of 2,000 companies pouring more than $200 billion in the region as of January.

When the startups arrive in Latin America they don’t exactly have the place to themselves. MercadoLibre and Despegar.com, both of which are based in Buenos Aires, have become major players in e-commerce and online travel respectively.

Like China’s infrastructure investments in the region, there’s the possibility of pushback from locals. The road to Latin America has also been littered with cautionary tales of crippled projects. China’s automakers have struggled to establish themselves in countries such as Brazil even after building local plants.

“It’s risky and these companies will need to localize their products,” said Tang Jun, a deputy director at the Institute of Latin American Studies at Zhejiang International Studies University. “There will be political environment risk, as many parts of Latin America often go through quick cycles and turbulence.”

That hasn’t stifled investment interest. Alibaba Group Holding and Tencent are scouring for projects, while Didi’s acquisition of Brazil 99 showed deals can get done quickly, unlike the political opposition Chinese companies face in the U.S.

The trend has captured the attention of investors like Santiago-based Nathan Lustig who joined forces with a Beijing-based partner. Together they want to bridge Chinese investors with projects focusing on Latin America. Lustig’s goal is to scoop them up cheaper and earlier.

“We think Chinese acquisitions will be an important exit strategy for startup investors in Latin America,” said Lustig, managing partner of Magma Partners. “This will be a major theme over the next five years.”

Noticias Aguila’s Tang, whose company is formally known as Shenzhen Inveno Innovation Technology Co., doesn’t just want to sell out. His goal is to become the biggest internet company in the region. The company got its start by scraping news sites, mostly independent outlets and social media because it didn’t have the rights to larger publications. It hired locals to help with translation and build partnerships while the team back in Shenzhen developed algorithms to aggregate and sort the news for users.

It took the company about two months to be able to aggregate as least 100,000 articles a day. The next step was signing up media partnerships and now it has distribution deals with seven of the 10 largest publications in Mexico, including El Universal and Publimetro.

Unlike traditional publications that decide what users get to read based on editor recommendations — Tang’s company aggregates, labels and matches content to user preferences. It’s an approach that has found success in China, with the owner of Jinri Toutiao valued at $11 billion, according to CB Insights.

In keeping with the Chinese model of spending to win over users, irrespective of profits, Tang has bought at least $2 million of advertising on Facebook to reach potential customers, even though the U.S. social networking giant is a competitor with its news feed. The app sat at No. 2 among news apps in Mexico in February, a notch down since November, according to App Annie. That’s part of the reason why this year Tang plans to quintuple spending on promotions and work with phone carriers and makers to pre-install its app.

“Organic growth is picking up but we rely on promotions mostly, because we need to expand fast,” Tang said. “That is key.”