See Photos of the Floods Overwhelming the Central U.S. 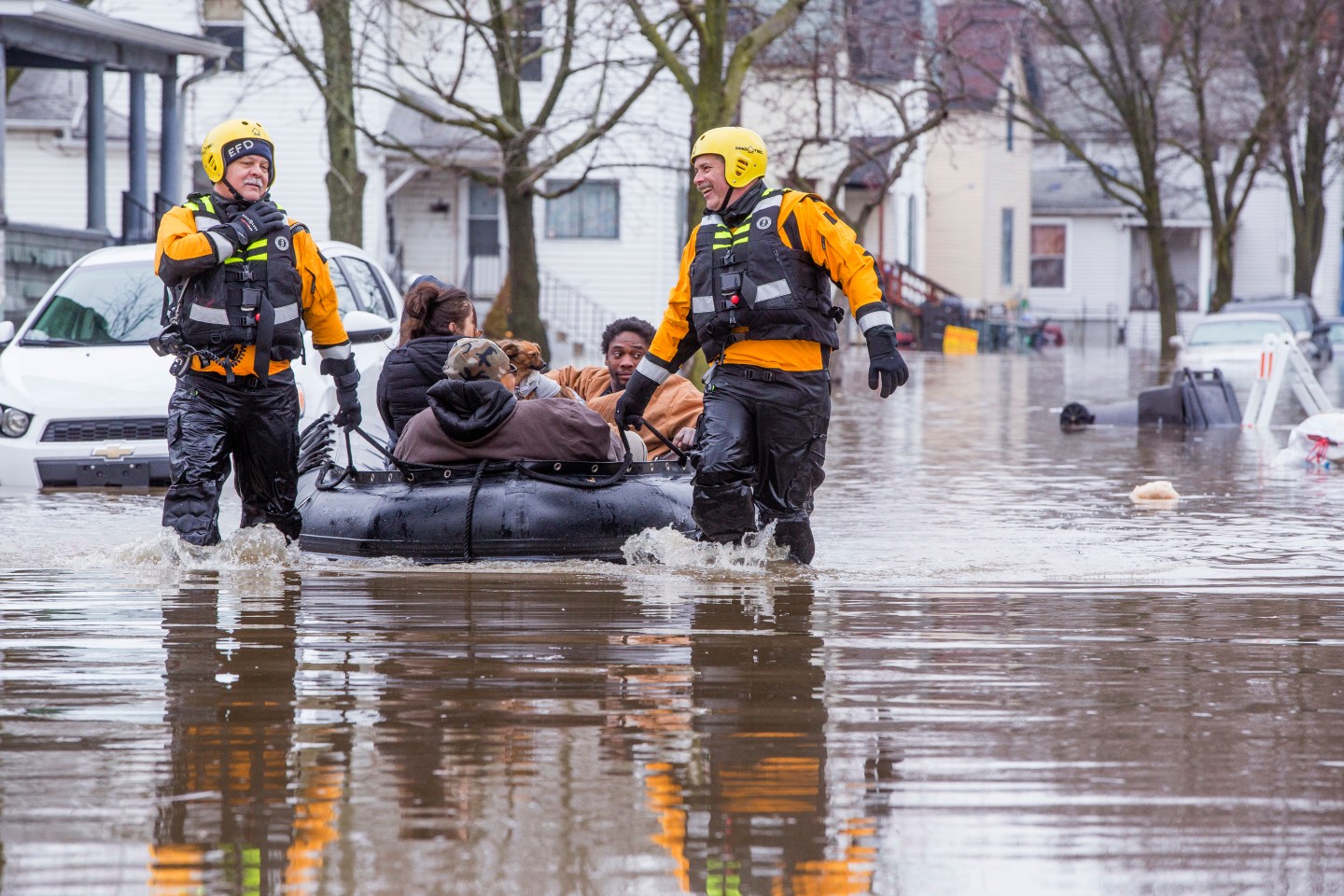 The Midwest experienced severe rains, rising rivers, and extreme flooding over the past weekend. The heavy rains led to flooding from Louisiana to Michigan, forcing many counties to issue flood warnings, flood watches, and state of emergencies.

The Grand River in Grand Rapids, Mich. reached above 20 feet Sunday, more than two feet higher than flood stage according to the National Weather Service. Ohio Governor John Kasich declared a state of emergency in 17 counties along the Ohio River due to high water and storm damage. Floodwaters on the Ohio River in Louisville reached its highest level in approximately 20 years, the Weather Channel said Sunday. Louisville’s Mayor Greg Fischer and Deputy Mayor Ellen Hesen estimate that their city is facing $2.7 million in damages.

The death toll rose to at least five people as of Sunday.

View the gallery above to see what the floods and damages look like.