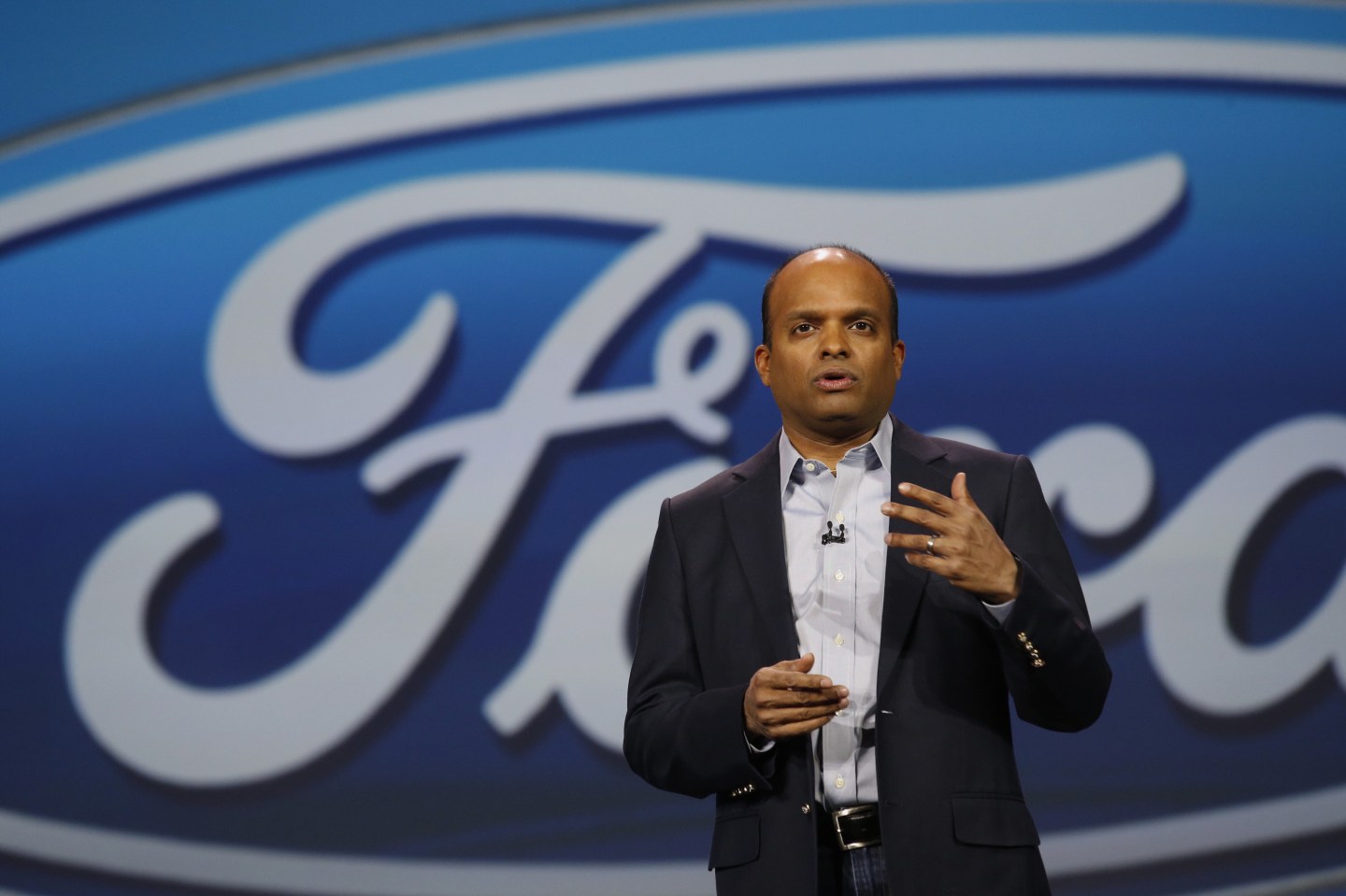 Raj Nair, group vice president and chief technical officer of product development for Ford Motor Co., speaks during the 2015 Consumer Electronics Show (CES) in Las Vegas, Nevada, U.S., on Tuesday, Jan. 6, 2015. Ford Motor Co. Chief Executive Officer Mark Fields said that an automaker probably will introduce a self-driving vehicle within half a decade, but it wont be his company, which is focusing on less expensive features that assist in driving. Photographer: Patrick T. Fallon/Bloomberg via Getty Images
Patrick T. Fallon—Bloomberg via Getty Images

Nair has been president of Ford’s North America division since June 2017. But he’s held a number of key positions at the automaker over several decades, including as Ford’s head of global product development and chief technical officer. Nair was one of four executives awarded a retention stock bonus last year, just days before Ford ousted Mark Fields and named Jim Hackett as CEO. Nair’s stock bonus, which won’t vest until 2020, was valued at about $5 million.

Ford said in its announcement that the decision follows a recent internal investigation into reports of inappropriate behavior. The review determined certain behavior by Nair was inconsistent with the company’s code of conduct. Ford didn’t say who would take Nair’s position, except to add that his replacement would be announced in the “near future.”

“We made this decision after a thorough review and careful consideration,” Hackett said in a statement. “Ford is deeply committed to providing and nurturing a safe and respectful culture and we expect our leaders to fully uphold these values.”

Nair said in a statement issued by Ford that he regretted “that there have been instances where I have not exhibited leadership behaviors consistent with the principles that the company and I have always espoused.”