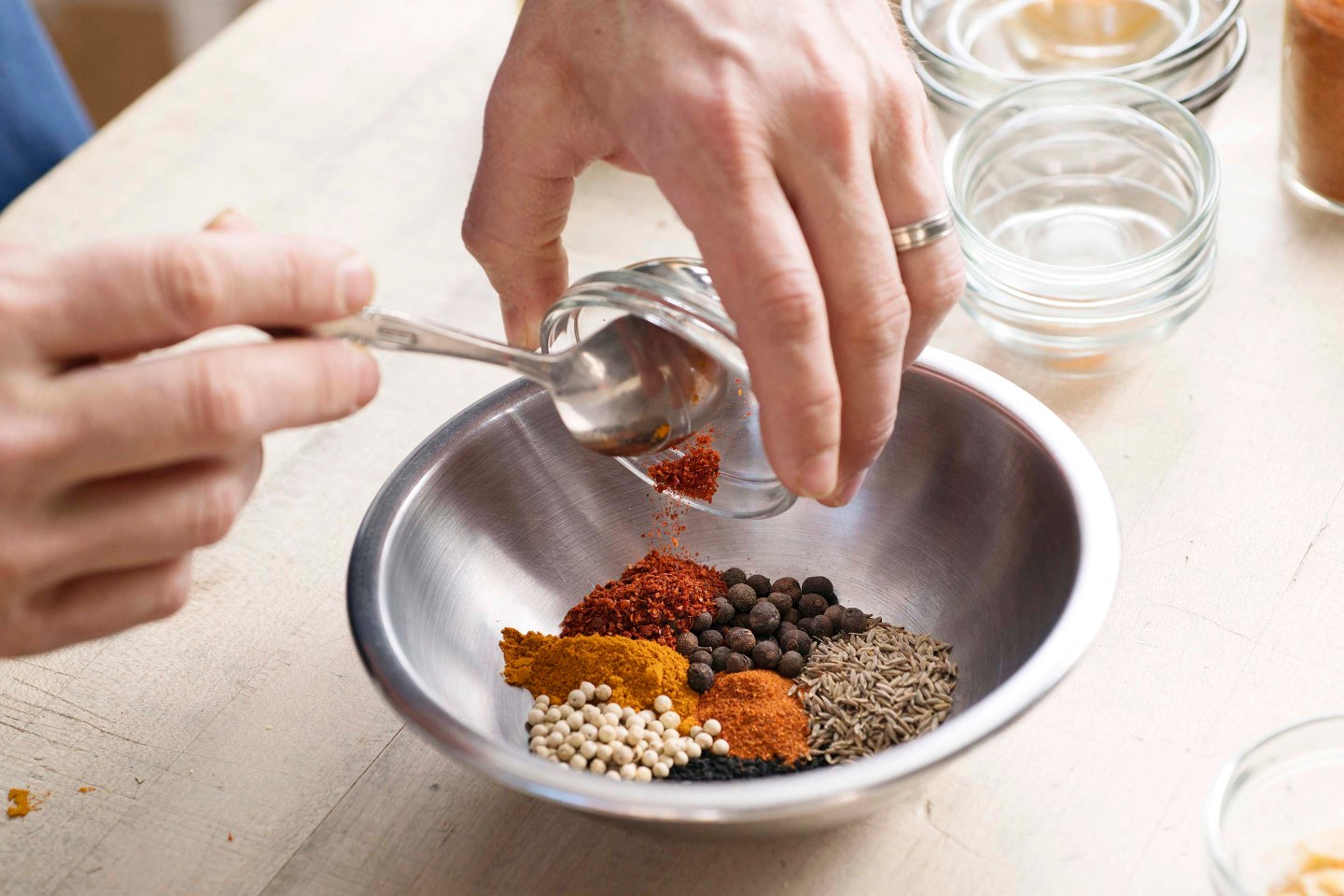 January 25, 2018 - New York, NY : Chef Lior Lev Sercarz, the founder of the spice shop La BoÓte, demonstrates how he blends spices as he poses for a portrait in the company's 11th Ave. store in Manhattan on January 25, 2018. Lev Sercarz founded La BoÓte in 2006 after working with chefs Olivier Roellinger and Daniel Boulud in France and New York city, respectively. He is the author of two books -- The Art of Blending, and The Spice Companion -- and works closely with chefs around the world including Le Bernardin chef Eric Ripert with whom he has collaborated on a line of spice blends. CREDIT: Karsten Moran for FORTUNE MAGAZINE
Karsten Moran for Fortune Magazine

Take one step inside La Boîte, a Manhattan-based spice emporium, and it soon becomes clear why owner Lior Lev Sercarz has earned the monikers “spiceologist” and “spice therapist.” The fragrant shop resembles an apothecary of seasonings, stacked with glass jars filled with his proprietary, exotically named blends like Orchidea (Sichuan pepper, lime, orchid root), as well as tins of his famous spiced, French-style biscuits.

For Sercarz, spices are not just a job but rather his mission in life. “I don’t just trade spices,” he says. “I came from the culinary world, and that’s what sets me and La Boîte apart. I’m always thinking about blends.”

Sercarz’s passion and expertise have made him the go-to guy for many of the world’s best chefs, who frequently call upon him to concoct custom blends. James Beard Award winners Ana Sortun of Cambridge, Mass., restaurant Oleana and Michael Solomonov of Philadelphia’s Zahav and Federal Donuts both credit Sercarz with elevating their dishes. “He is an explorer,” says Eric Ripert of Michelin-starred Le Bernardin in New York, who uses only La Boîte spices. “When you’re around him, he’s very articulate, very energetic, and very inspiring with his stories and the ideas he has to use spices.”

Sercarz’s blends contain anywhere from nine to 23 spices and range in price from $13 to $27. His method relies on craft, instinct, and a dash of poetry. For instance, his tangy, sweet, sour, and floral eight-pepper Pierre Poivre is named after an 18th-century French horticulturist and missionary. Isphahan, a musky, smoky, sour, and bitter combo made from dried Middle Eastern limes, cardamom, and spices, is named after the ancient Persian capital.

Though he was born in Israel, his culinary education is firmly of the French school, having studied at the Paul Bocuse Institute in Lyon, France, and under the tutelage of Michelin-starred chef Olivier Roellinger.

It was Roellinger who taught him the importance of spices. “He told me, ‘You have to learn to taste and smell and learn how to articulate and to describe all of these flavors.’ ” Looking back, Sercarz says this was the beginning of La Boîte. “But it took me 12 years to understand that this is probably what I should be doing.”

In 2002, Sercarz relocated to New York and sent his résumé to every exciting and important chef in the city. Only Daniel Boulud replied. For four years Sercarz worked as a sous chef at Boulud’s Daniel and two years at his catering business, before realizing that the restaurant life wasn’t for him. “I needed to leave,” he says, crediting Boulud with giving him the support and courage to forge his own path. “He showed me that the culinary world doesn’t only end in a restaurant and there’s so many other ways that you can express yourself.”

For the next five years, Sercarz supported himself during the day as a chef for Citicorp executives, while at night he worked out of his basement apartment experimenting with spice blends. He began selling his biscuits and three blends, delivering them himself. Boulud and Laurent Tourondel, who was just beginning to launch his BLT restaurant chain, were his first clients. His business grew, largely by word of mouth.

In 2011 he opened La Boîte in an 800-square-foot space in Manhattan’s Hell’s Kitchen neighborhood.

Since then, Sercarz has attracted a growing brigade of home cooks. Just try getting a slot at one of his Intro to Spice Blending classes—they are sold out until July. In 2011, La Boîte began selling online, and e-­commerce now makes up 25% of sales.

“Spices allow me to touch on a lot of things,” he says. “It’s creativity. It’s a global conversation, and this to me is very exciting.”

A version of this article appears in the March 2018 issue of Fortune with the headline “Finding the Perfect Blend.”