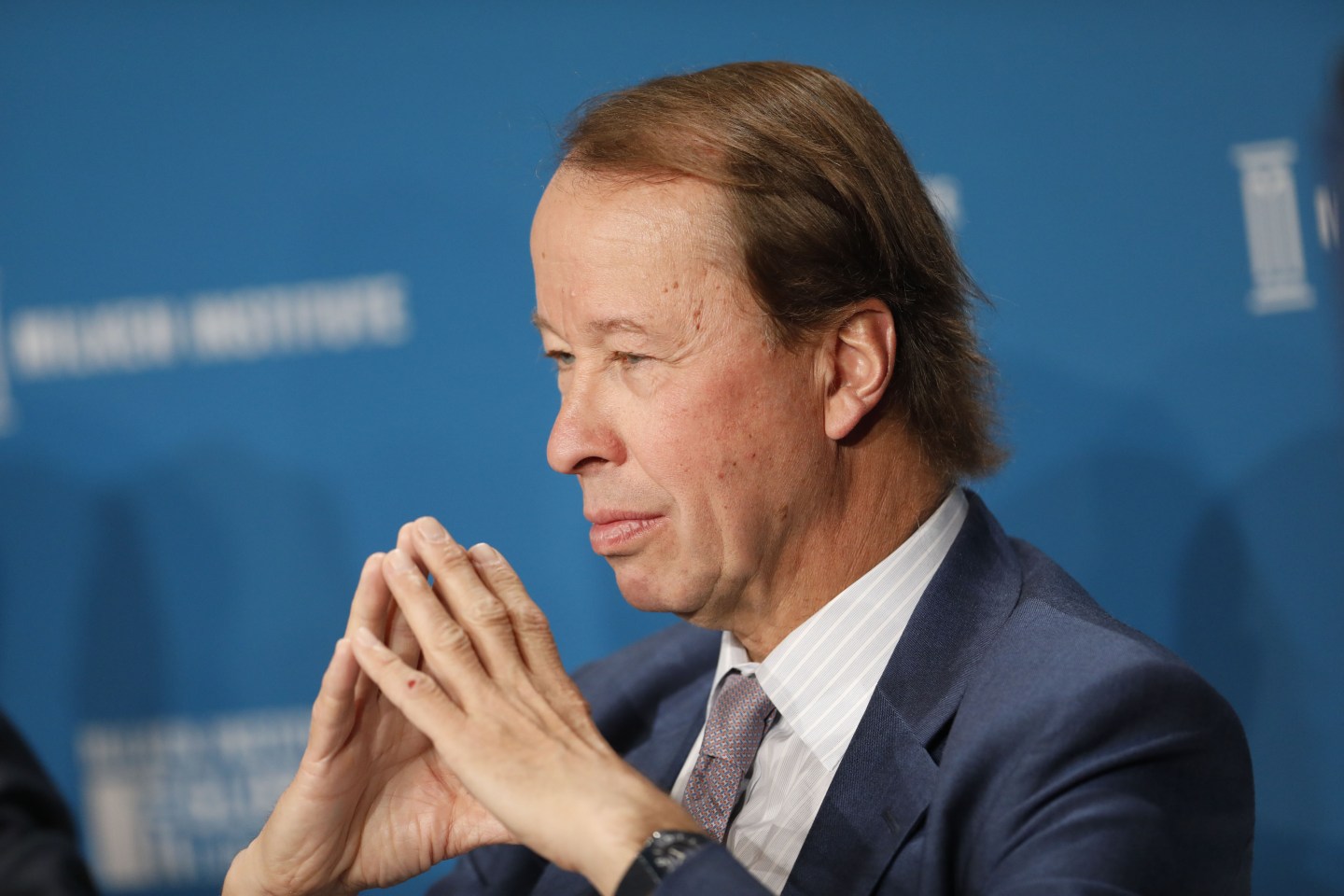 “Every historic norm says that stocks are very, very fully valued,” James said Monday in an interview on CNBC, adding that the market decline could be 10 percent to 20 percent.

Global stocks on Monday extended the biggest selloff since 2016, with U.S. shares continuing last week’s decline and European and Asian equities falling. The slump was sparked by U.S. wage data Friday that pointed to quickening inflation, which would lead to higher rates and therefore rising borrowing costs for companies.

The U.S. economy has been picking up for a while and further stimulus from recent tax cuts may not have been necessary, James said.

“If you’re worried about interest rates and inflation, the stimulus could be the thing that tips us over into a rate spike,” the billionaire said.

James said that in addition to investing his personal money in New York-based Blackstone’s products, he holds floating-rate senior secured debt instruments including bank loans and mortgages, which he said are yielding about 6 percent.