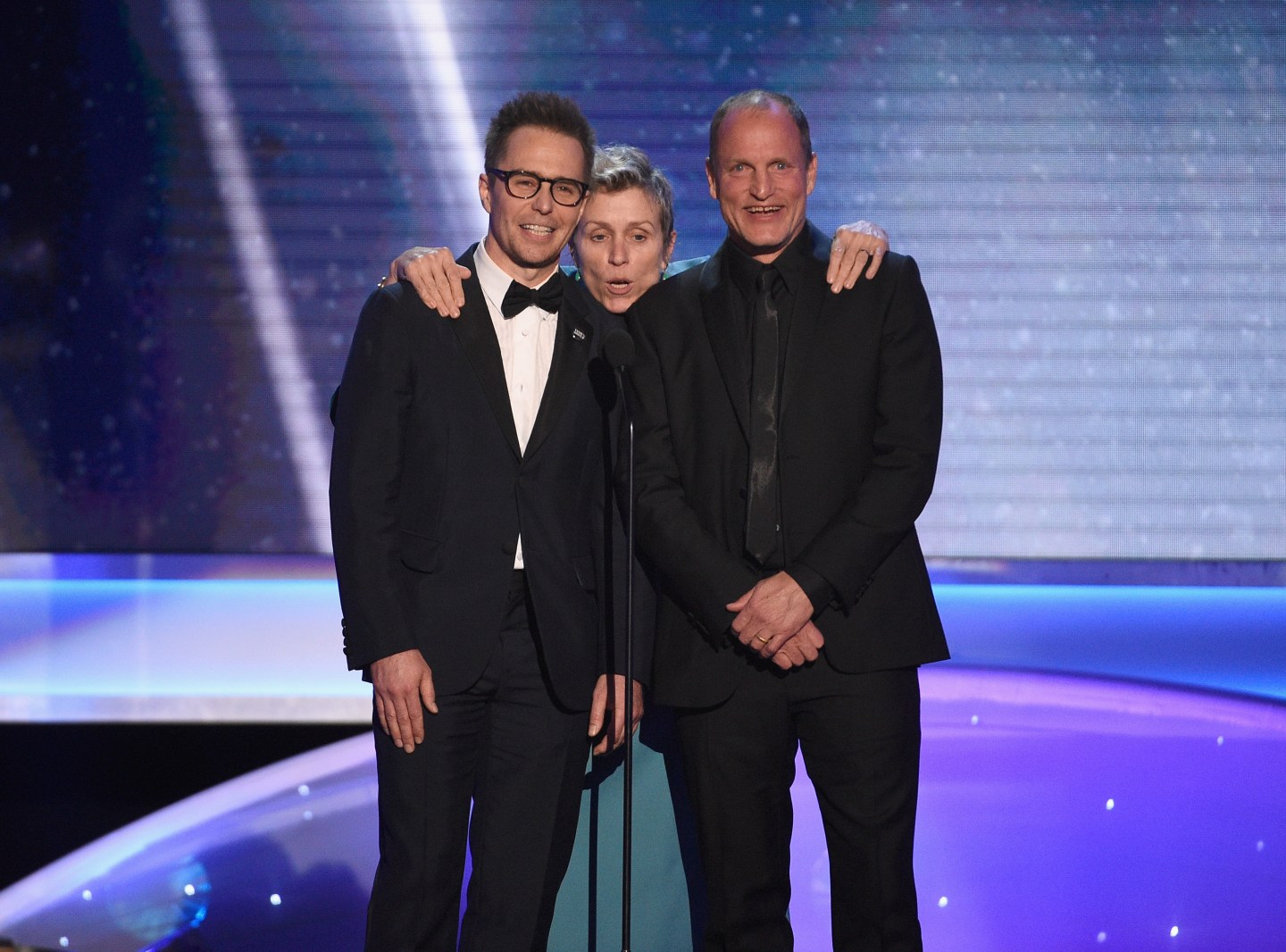 Dark comedy “Three Billboards Outside Ebbing, Missouri” won three prizes at the Screen Actors Guild (SAG) awards on Sunday in a ceremony marked by women and their stories amid the sexual misconduct scandal that has swept Hollywood.

The Fox Searchlight film about a furious woman seeking justice for the murder of her daughter was named best ensemble, the top SAG honor.

Allison Janney won for her supporting actress role as a demanding mother in independent ice-skating movie “I, Tonya.”

The SAG awards are indicators of likely Oscar success in March because actors form the largest group of voters in the Academy of Motion Picture Arts and Sciences.

Oscar nominations will be announced on Tuesday.

The SAG ceremony took place after two days of marches by hundreds of thousands of women throughout the United States.

Host Kristen Bell said women were having a “watershed moment.”

“Let’s make sure we lead the charge with empathy and diligence because fear and anger never win the race,” said Bell, star of television’s “The Good Place.”

Accusations of sexual misconduct have forced dozens of powerful men in Hollywood to step down, be fired or dropped from creative projects.

For more on sexual harassment in Hollywood, watch Fortune’s video:

Women, many of them leading actresses, have responded by breaking their silence through the #MeToo social media movement and the Time’s Up campaign for legal support of victims.

On the red carpet, women swapped the black gowns that marked support for victims of sexual harassment at the Golden Globes two weeks ago for brighter blues, green and metallic hues.

Women were the dominant theme inside the Shrine Auditorium.

“How wonderful that our careers today can go beyond 40 years old. Twenty years ago we were pretty washed up by this stage in our lives. This is not the case now,” Kidman said.

Aziz Ansari, nominated for his Netflix comedy series “Master of None,” was a no-show on Sunday after making headlines last week when a woman described feeling violated following an awkward date last year. Ansari said he believed their sexual activity was consensual.

James Franco, a best actor nominee for “The Disaster Artist,” did show up but skipped the red carpet and did not win. Franco had kept a low profile since describing allegations of sexual impropriety against him by five women two weeks ago as “not accurate.”

In television, NBC’s sentimental family drama “This is Us” was named the best drama ensemble cast in a surprise win over presumed front runners “The Crown” and dystopian series “A Handmaid’s Tale.”

The cast of HBO political satire “Veep” won best ensemble for a television comedy. Julia Louis-Dreyfus, who is undergoing treatment for breast cancer and missed the SAG show, was named best comedy actress.

“She’s genuinely been in good spirits when we’ve seen her, which I think will carry her along … She is incredibly strong and is uniquely able to combat something like this,” Timothy Simons, who plays Jonah Ryan on “Veep,” told reporters on Sunday.