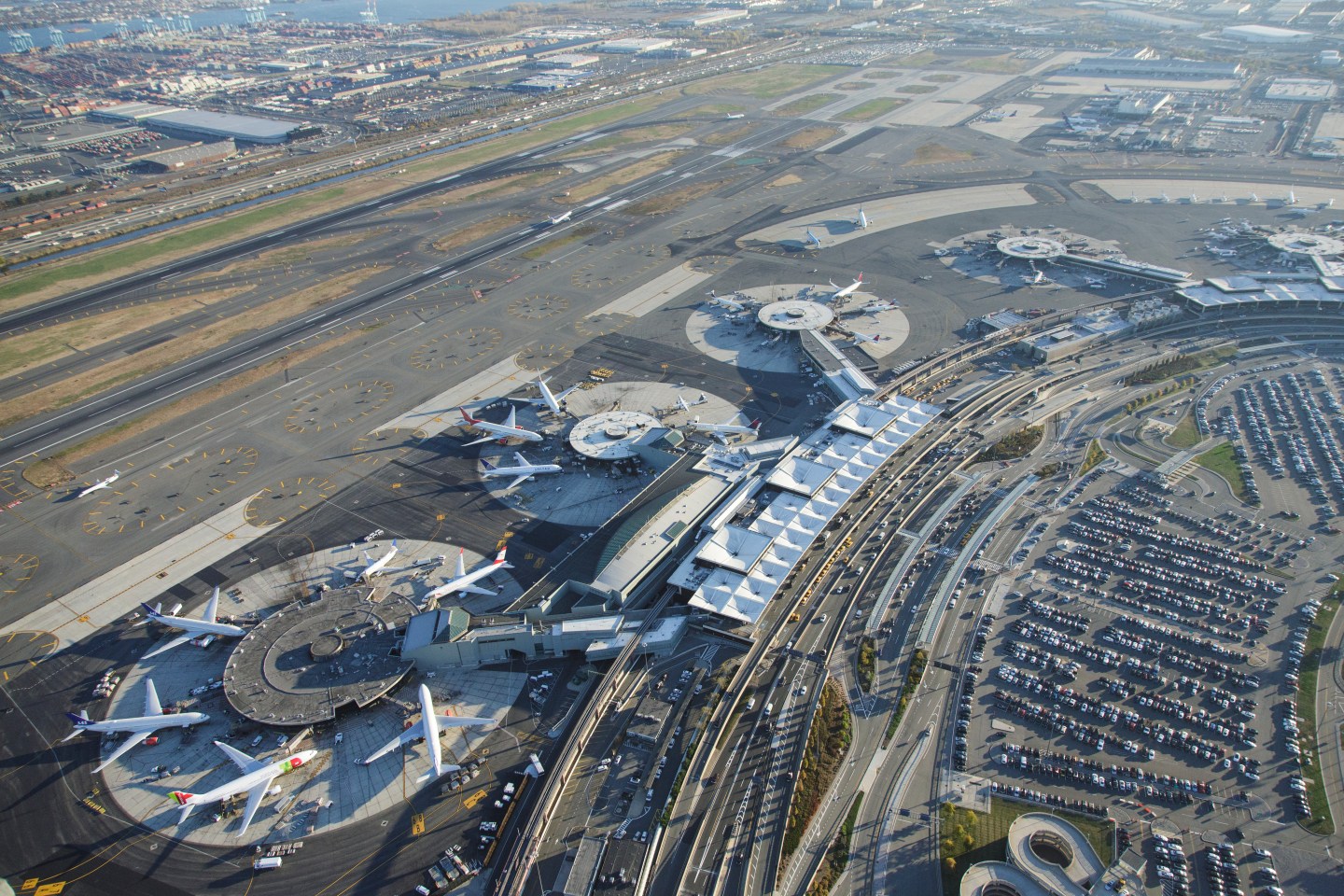 At least seven people were arrested at Newark Liberty International Airport in New Jersey on Jan. 18, after allegedly attempting to film the smuggling of a fake bomb in a roller bag through a security checkpoint for a television show.

The Transportation Security Administration (TSA) told Fortune that the defendants were in collaboration and all claimed to work for a television network. “Some members of the group attempted to intentionally carry through the security checkpoint an item in a carry-on bag that had all of the makings of an improvised explosive device,” the TSA said in a statement, adding: “At the same time, others in the group covertly filmed the encounter.”

The improvised explosive device, which appeared to involve parts of a vacuum cleaner, did not make it through the checkpoint as it was detected as a suspicious item.

A source told the New York Daily News that the people arrested were part of the CNBC reality TV show Staten Island Hustle, and that they wanted to record the mass panic they presumed would ensue from the discovery of the item, which resembled a bomb. Endemol Shine North America, the show’s producer, released a statement saying it was “looking into the details of what happened as a matter of priority.”

Endemol’s statement continued: “While this process is ongoing we are unable to comment further but in the meantime, we sincerely apologize for any disruption caused.”

A spokesperson at the TSA told Fortune that the television crew members could face possible civil penalties, which could translate to more than $13,000 for each violation of TSA’s security regulations.