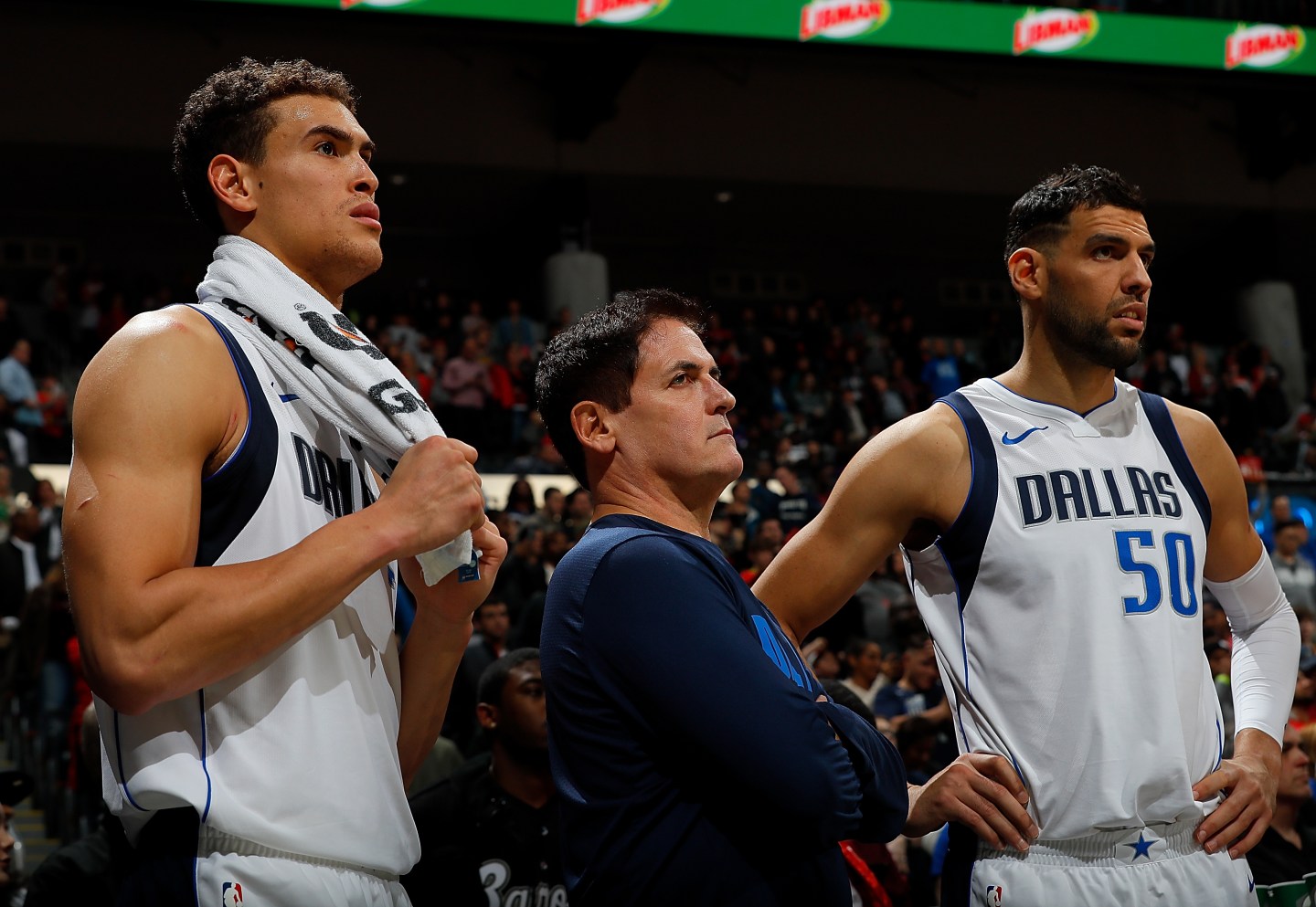 After a Twitter user asked the entrepreneur and Shark Tank star when fans will be able to purchase Mavericks tickets with Bitcoin, Cuban simply answered, “Next season.”

Turns out, he wasn’t kidding. The cryptocurrency investor confirmed to Fortune via email that his team would accept Bitcoin, Ethereum, and tokens “from companies we have business relationships with.”

The Mavericks won’t be the first sports team to accept cryptocurrency payments. The Sacramento Kings began accepting Bitcoin in 2014.

Cuban’s basketball team will have to wrangle a few problems now that it is allowing such payments. Notably, the cryptocurrency community has struggled with high transaction fees and volatility that comes with Bitcoin and its ilk. According to BitInfoCharts, the average Bitcoin transaction fee has grown to $26—keeping in mind that transactions can be lower than the value of a Bitcoin (allowing consumers to move say $1 worth of Bitcoin). That fee was roughly 30 cents a year ago.

As a result of those high fees and volatility, gaming platform Steam announced in early December that it would no longer support cryptocurrency. During the time it took to complete a transaction, Steam realized that Bitcoin prices would change dramatically—leading some users to over pay and others to under pay.

Cuban’s news comes amid a selloff in cryptocurrencies. The price of Bitcoin dipped 20% to $10,700 amid further reports of growing crackdowns on cryptocurrencies in Asian markets. Ethereum prices dipped 26% to $958, while Ripple fell 38% to $1. Unikoin Gold, the cryptocurrency used by a Mark Cuban-backed startup, fell 43% to 67 cents.