A Floor Has Collapsed at the Indonesia Stock Exchange, Injuring Scores of People 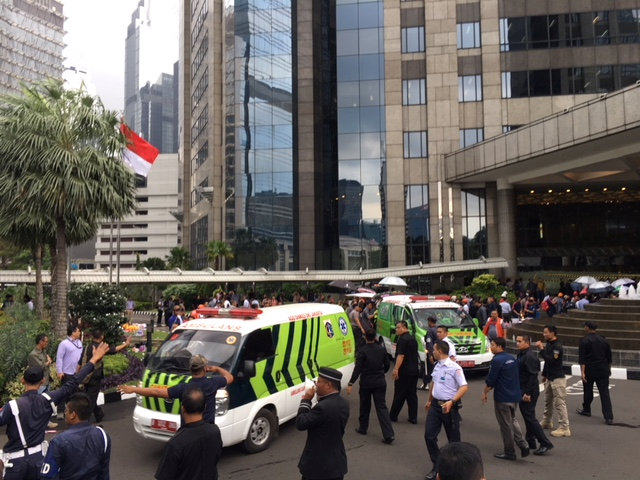 JAKARTA, Jan 15 (Reuters) – A mezzanine floor overlooking the main lobby of the Indonesian Stock Exchange building collapsed on Monday, injuring scores of people, many of them students, under slabs of concrete and other debris, officials and witnesses said.

The high-rise building, constructed in the late 1990s, is part of a two-tower complex also housing offices of the World Bank and the International Finance Corporation. It was the target of a car bombing by Islamist militants in September 2000.

Police ruled out a bomb as a cause of Monday’s collapse. They said at least 77 people had been injured.

No deaths had been reported, said Triana Tambunan, business development manager at MRCC Siloam hospital, one of the hospitals near the stock exchange.

“The bone fractures may be serious. We need to carry out further evaluations,” she said, adding there were at least three suspected fractures.

Safety standards are often loosely enforced in Indonesia. Last year, a fire that ripped through a fireworks factory on the outskirts of Jakarta killed around 50 people in one of the country’s worst industrial accidents. A police investigation found multiple safety violations.

Police cordoned off the complex as people fled the building, and the injured, including visiting university students, were taken away by stretcher.

Stock exchange president director Tito Sulistio said their treatment would be paid for by the exchange.

Images aired on television and circulated on social media showed a concrete and metal structure that had collapsed around a Starbucks cafe near the entrance to the lobby of the building with blue-tinted windows.

For more on Starbucks in Indonesia, watch Fortune’s video:

“The second floor of the building has collapsed,” said Vindy, a personal assistant to Sulistio, who was in the building at the time.

“Slabs of concrete started to fall, there was lots of dust. Water pipes had burst,” said Megha Kapoor, who works in the building and was in the lobby at the time.

“I heard a loud cracking sound. I saw a lady unconscious stuck under a slab of concrete,” she said, adding that the collapsed level was just above the reception desk.

Finance Minister Sri Mulyani Indrawati said she hoped the collapse would not affect investor confidence in the tropical Southeast Asian archipelago. The exchange resumed business in the afternoon as per schedule.