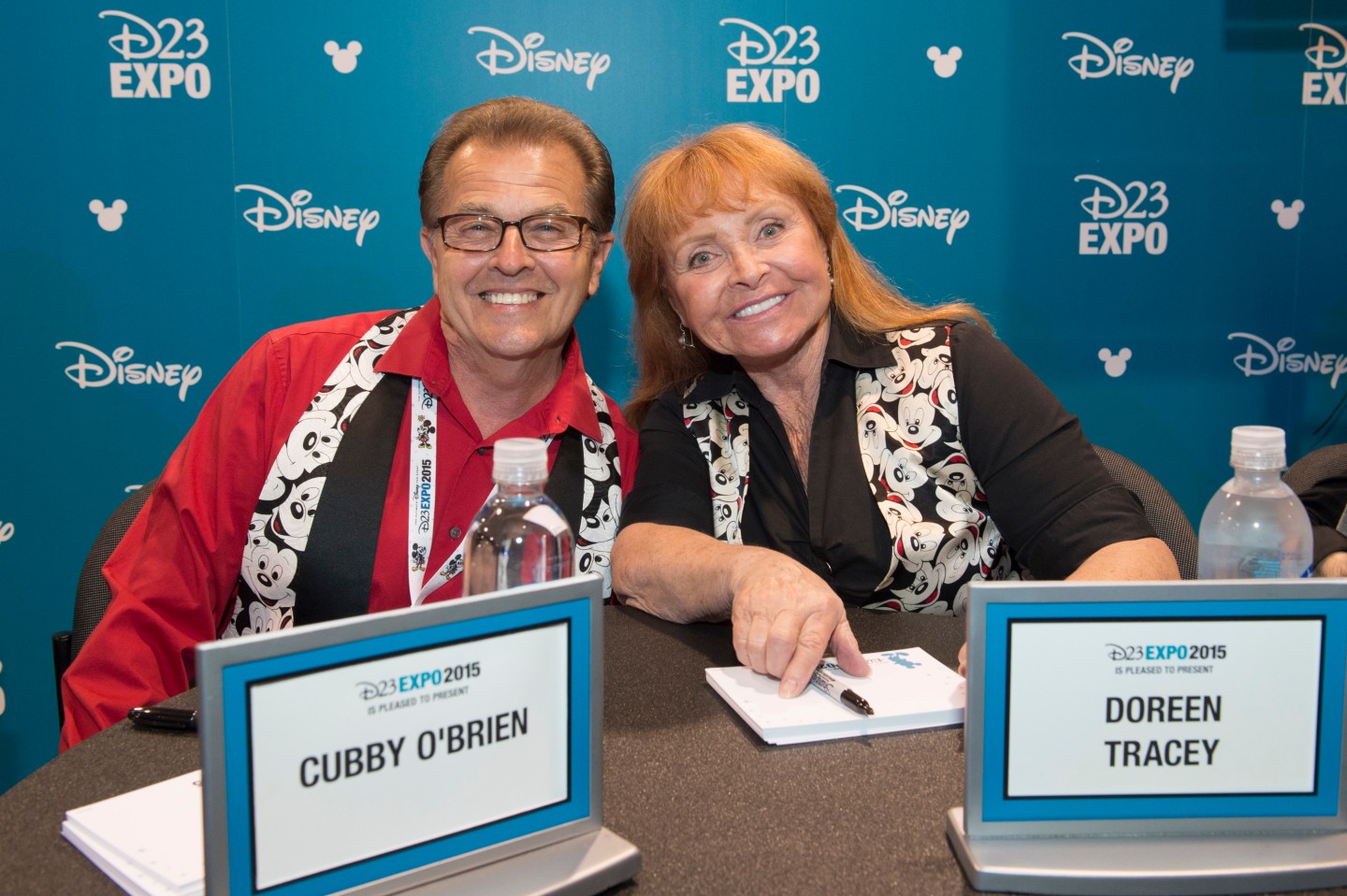 D23 EXPO 2015 - D23 EXPO, the ultimate Disney fan event, brings together all the past, present and future of Disney entertainment under one roof. Taking place August 14-16, this year marks the fourth D23 EXPO at the Anaheim Convention Center and promises to be the biggest and most spectacular yet. (Photo by Disney/Image Group LA via Getty Images)
Disney/Image Group LA via Getty Images

Doreen Tracey, one of the original Mouseketeers on “Mickey Mouse Club,” died this week from pneumonia at the age of 74.

Tracey had been battling cancer for the past two years. She appeared on the Mickey Mouse Club from 1955 to 1959. She also appeared in the Disney film “Westward Ho the Wagons!,” and toured Australia with the Mouseketeers.

Tracey was 12 when she auditioned for a role on the program. She was part of the nine-person cast for the show’s entire initial four-year run. The show ran intermittently until 1996.

Tracey’s most recent Mouseketeer appearance was in 2015 for the 60th Anniversary of the “Mickey Mouse Club,” FOX News reports.

She leaves behind a son and two grandchildren.