A Vegetable Vending App in China Has Grown to a Value of $2.8 Billion 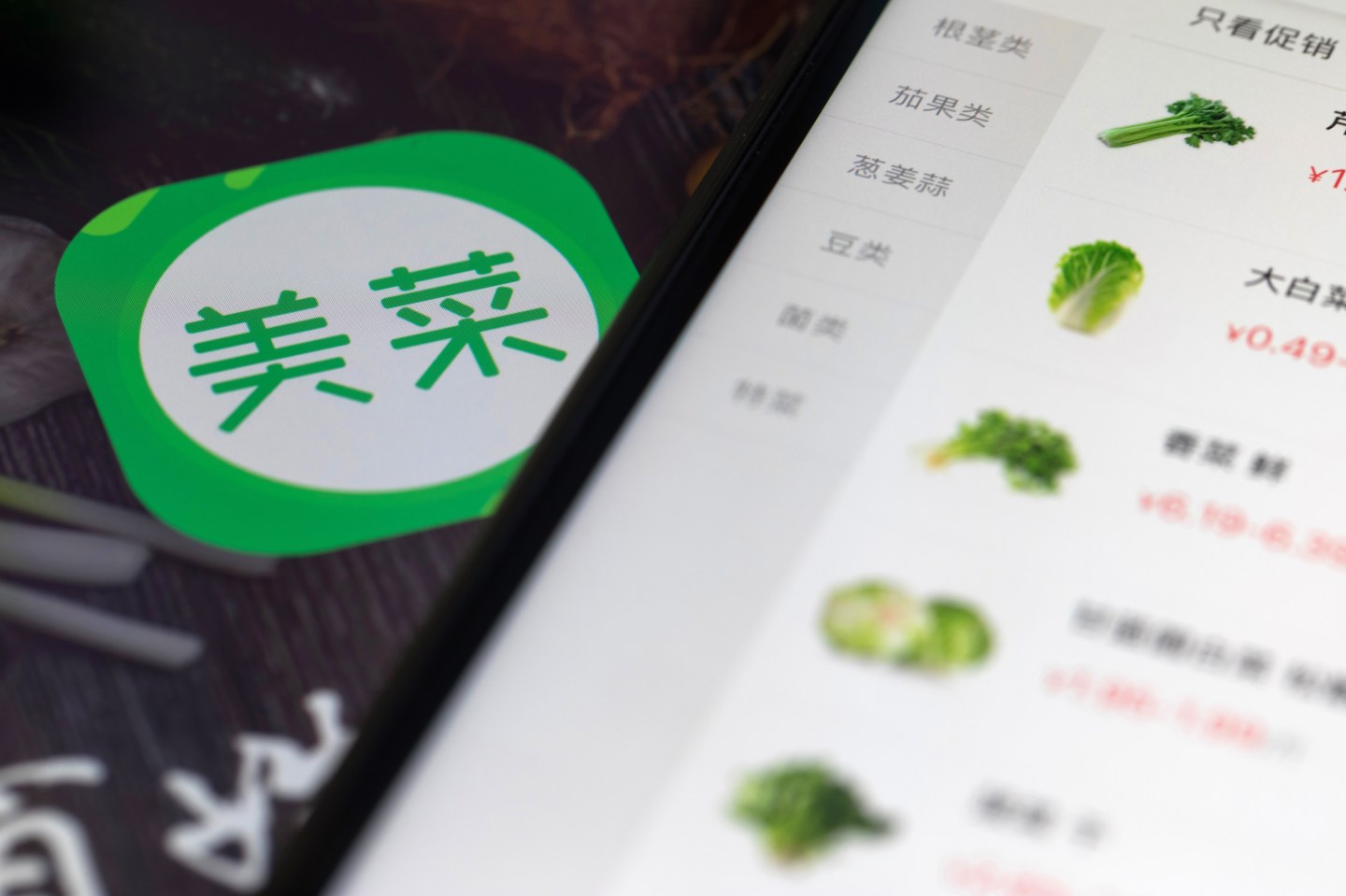 An icon for the Meicai application is displayed on a tablet in an arranged photograph taken in Hong Kong, China, on Thursday, Jan. 11, 2018. Meicai, a China startup that helps farmers sell vegetables to restaurants, has raised $450 million in a funding round led by Tiger Global Management and China Media Capital, according to people familiar with the matter. Photographer: Justin Chin/Bloomberg via Getty Images
Justin Chin—Bloomberg/Getty Images

Meicai, a China startup that helps farmers sell vegetables to restaurants, has raised $450 million in a funding round led by Tiger Global Management and China Media Capital, according to people familiar with the matter.

The Beijing-based startup raised the money at a valuation of about $2.8 billion as it seeks to expand in the costly fresh-foods market, said the people, asking not to be named because the matter is private. Genesis Capital was also an investor, the people said. The company and its backers scheduled a closing party for Thursday.

Meicai, which means “beautiful vegetable,” was founded in 2014 with a goal of sourcing vegetables for about 10 million small and medium-size restaurants in China. It allows owners to use an app on their smartphone to order specialties like bok choy and eggplant directly from farms. Meicai is the latest emerging player aiming to disrupt traditional retail operations by cutting out middlemen.

The funding underscores the lofty valuations Chinese companies are fetching in a market awash with capital. Five of the world’s 10 biggest venture deals were in Chinese-based companies last year, while the U.S. accounted for two, according to researcher Preqin. The largest globally was the $5.5 billion funding in the Chinese ride-hailing giant Didi Chuxing.

A total of $65 billion was invested in greater China, compared with $77 billion in North America, according to Preqin.

Liu Chuanjun, chief executive officer for Meicai, declined to comment on the fundraising.