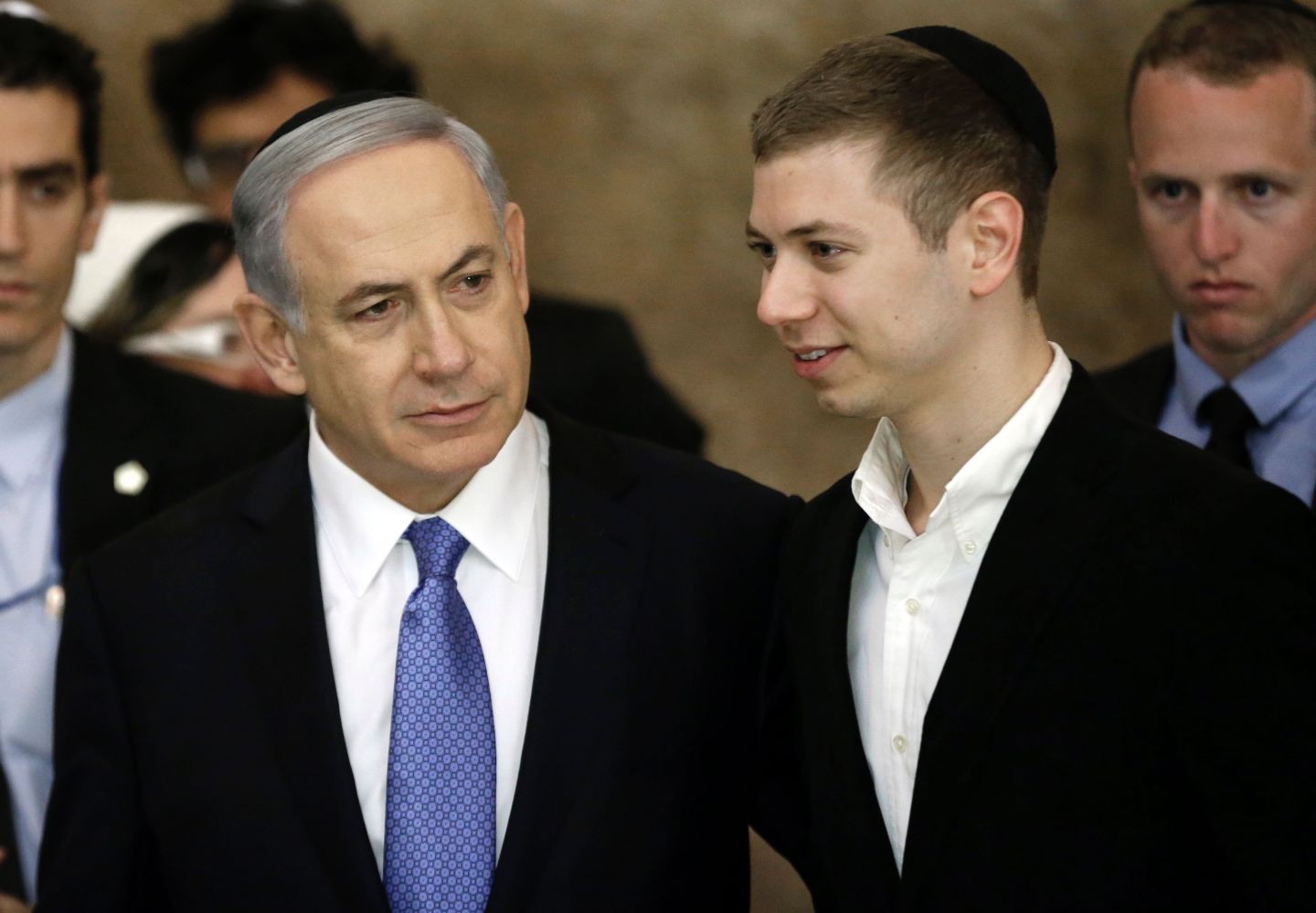 Yair Netanyahu, son of Israel Prime Minister Benjamin Netanyahu, has started the year by offering apologies over bad decision-making in 2015.

The younger Netanyahu says he’s very sorry after an Israeli news station played audio of him seemingly trying to secure money for a prostitute at a club by telling a billionaire’s son that his dad — the prime minister — secured a billion-dollar deal for his friend’s dad in the Knesset, or Israeli parliament.

“My dad set up 20 billion dollars for your dad, and you’re fighting with me about 400 shekels?” 26-year-old Netanyahu said to the son of Kobi Maimon, an Israeli gas tycoon, the Israeli newspaper Haaretz reported.

The friends were recorded outside a strip club in 2015. As the Israeli press has made sure to point out, Netanyahu was accompanied by state-funded security at the time.

The prime minister’s son — who made headlines in Israel last week when he arrived 45 minutes late to an arbitration meeting with a left-wing think tank and then cursed out its staff — issued an apology. Netanyahu also became part of the U.S. news cycle in September when he posted an anti-Semitic meme on Facebook and it got picked up by David Duke and the Daily Stormer.

The political heir this week apologized for his disrespectful comments about women and blamed it on the alcohol, but said he was just joking about the comments interpreted as quid-pro-quo corruption.

“Tonight I watched a disgraceful, yellow-press report that presented illegal recordings of a conversation that took place two and a half years ago. In a night conversation, under the influence of alcohol, I spoke nonsense about women and other things that were better left unsaid,” Netanyahu said in a statement. “These remarks do not reflect who I am, the values on which I was raised and my beliefs. I regret the remarks and apologize if anyone was hurt by them. In addition, the things I said to Maimon were a dumb joke and joking around with him, as anyone could tell. I never took an interest in the natural-gas framework agreement and never had any idea about its details.”