As the U.S. Retreats, Europe Moves to Strengthen Ties With Cuba 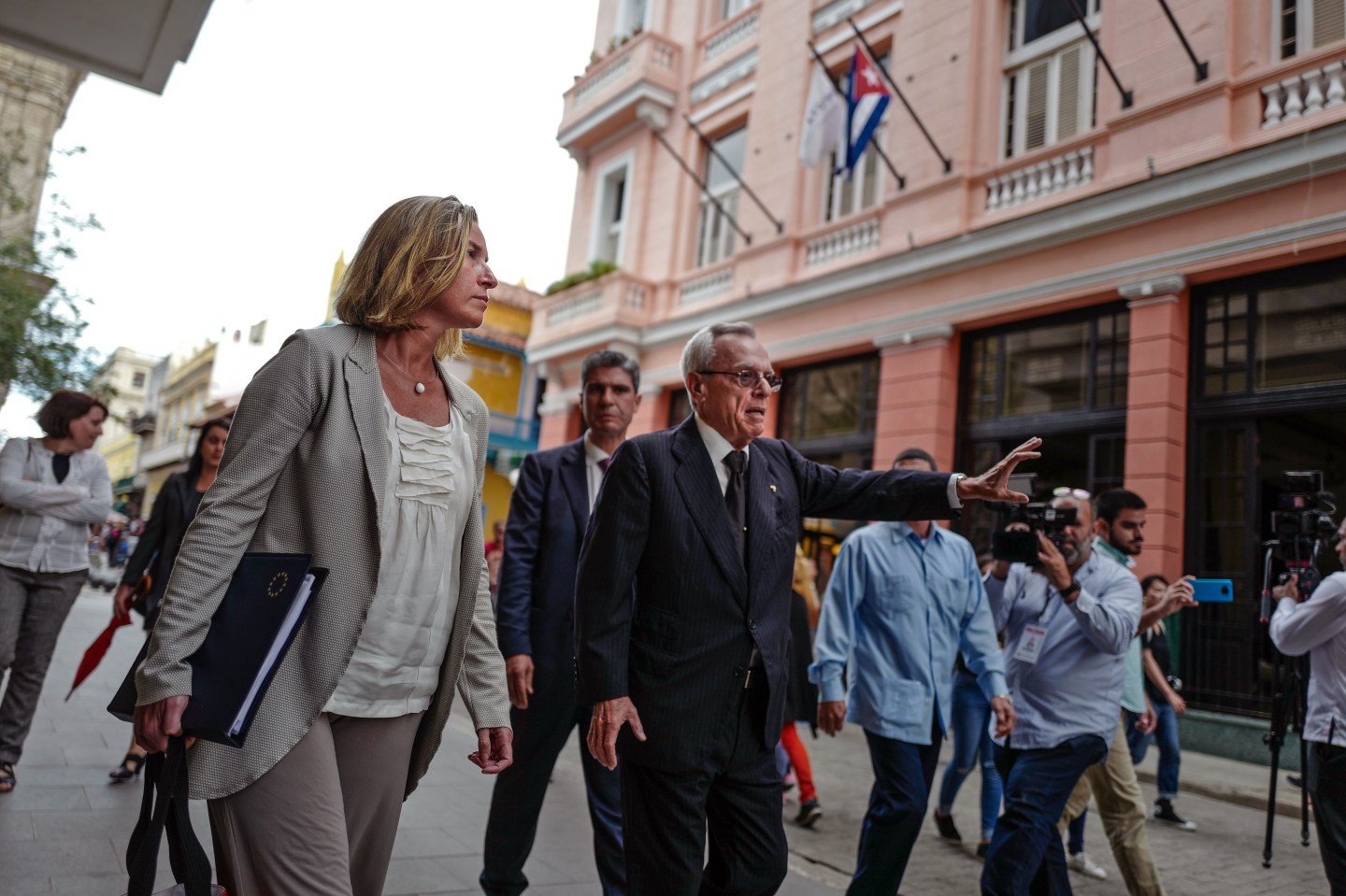 Mogherini’s visit “reconfirms the strong EU-Cuban relationship,” and she will press for an “ambitious and swift joint implementation of the Political Dialogue and Cooperation Agreement,” the EU said in a statement.

As the U.S.-Cuba rapprochement unfolded in 2015-2016 the EU dropped all sanctions and negotiated the agreement, the first accord between Cuba and the 28-nation bloc.

Signed in December 2016 and ratified in November, the EU said at the time that it hoped to position its companies for Cuba’s transition to a more open economy and allow the EU to press for political freedoms on the island.

“I was here visiting just a few days before the visit of President Obama, and I remember at the time there was much talk about Cuba strengthening relations with both the European Union and the United States,” Mogherini said, when asked by reporters about the Trump administration’s partial rollback of a fragile detente between the old Cold War foes.

“Regardless of the changes in policy in Washington, the message I am bringing here is that the friendship and relationship with the EU is here to stay. It’s solid, it’s stable and it’s reliable,” she said.

She was also scheduled to meet with the head of the Roman Catholic Church, Archbishop Giorgio Lingua, and Cuban Foreign Minister Bruno Rodriguez on Thursday.

“Cuba’s weak economy has been battered by the collapse in Venezuela, making it more vulnerable and open to foreign capital. Europe is seizing the moment,” said economist Andrew Zimbalist, a Cuba expert at Smith College in the United States.

Cuba faces a host of challenges, including declining aid from socialist ally Venezuela. Last month Cuba extended the term of its current leadership to April, signaling a two-month delay in the historic handover from Raul Castro to a new president, while announcing tighter regulations on the non-state sector.