Donald Trump Slams Steve Bannon Over ‘Treason’ Comments: ‘He Lost His Mind’ When He Was Fired 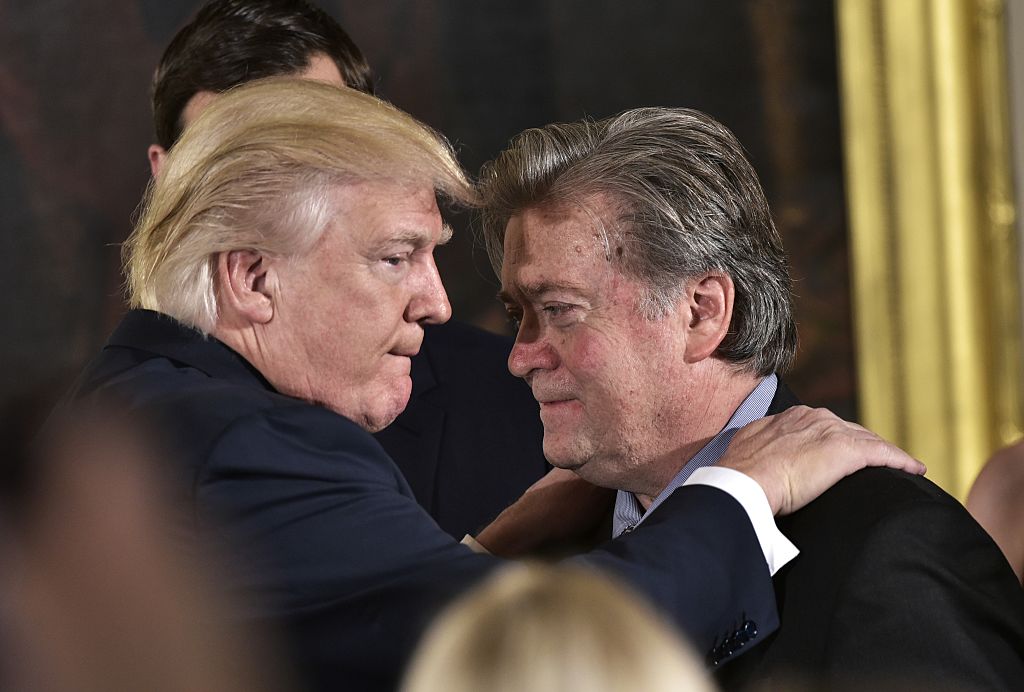 “When he was fired, he not only lost his job, he lost his mind,” Trump said of Bannon in a statement the White House issued. “Now that he is on his own, Steve is learning that winning isn’t as easy as I make it look.”

Earlier on Wednesday, New York Magazine published excerpts of a forthcoming book by author Michael Wolff in which Bannon criticizes Trump’s campaign as well as the president and his family. The Guardian published excerpts of the book in which Bannon predicts that Special Counsel Robert Mueller will “crack Don Junior like an egg on national TV” over his meeting with a Russian lawyer at Trump Tower in June 2016.

Bannon also called the meeting “treasonous” and “unpatriotic,” according to the Guardian.

Bannon, reached by Bloomberg News, declined to comment on the remarks published by the Guardian.

Trump unloads on Bannon: "Steve Bannon has nothing to do with me or my Presidency. When he was fired, he not only lost his job, he lost his mind." pic.twitter.com/6gjJSh9Dd3