‘A Nuclear Button Is Always on my Desk.’ Kim Threatens the U.S. in a New Year’s Day Speech 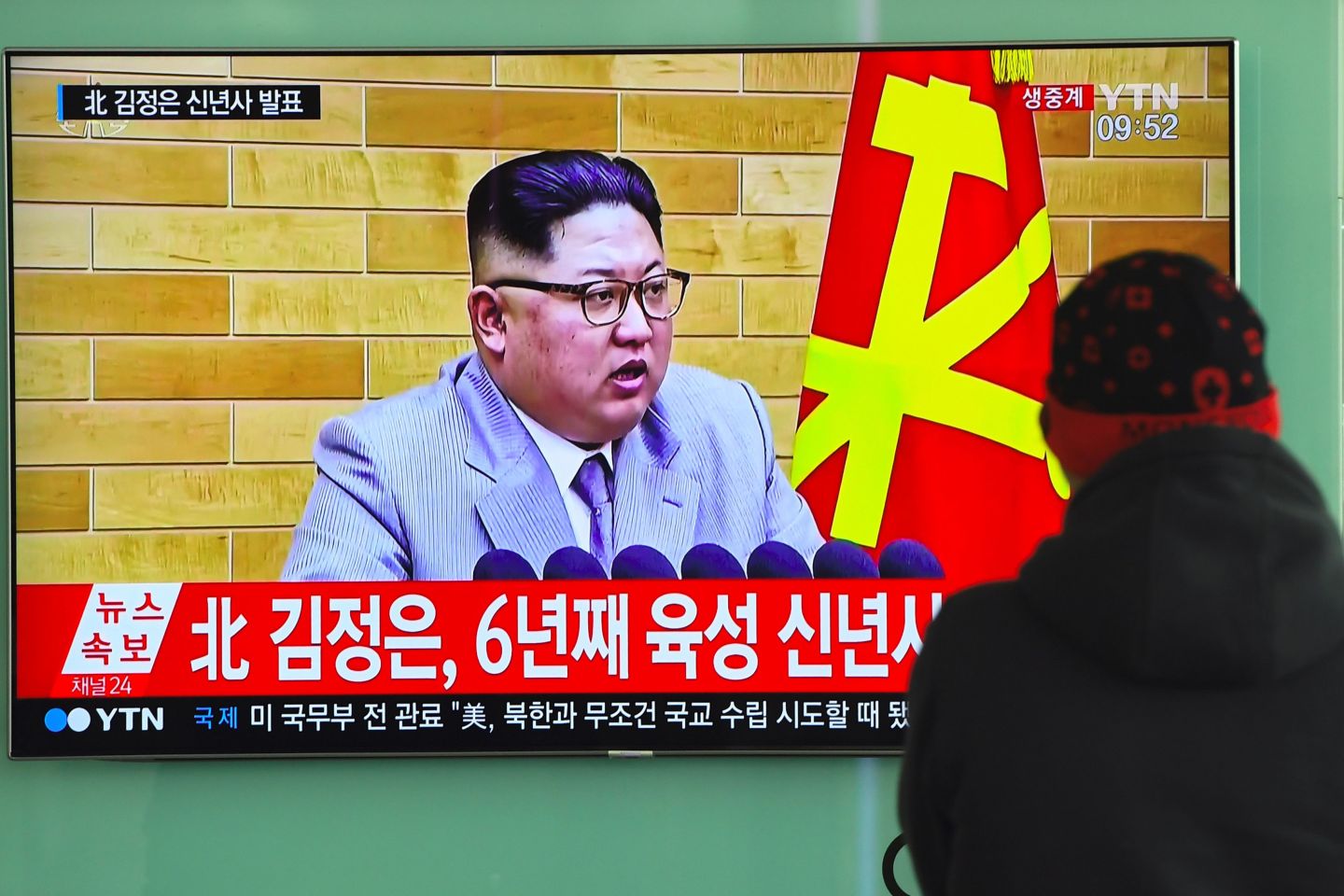 Kim Jong Un on Monday warned the United States that he has a “nuclear button” on his desk ready for use if North Korea is threatened, but offered an olive branch to South Korea, saying he was “open to dialogue” with Seoul.

After a year dominated by fiery rhetoric and escalating tensions over North Korea’s nuclear weapons programme, Kim used his televised New Year’s Day speech to call for lower military tensions on the Korean peninsula and improved ties with the South.

“When it comes to North-South relations, we should lower the military tensions on the Korean Peninsula to create a peaceful environment,” Kim said. “Both the North and the South should make efforts.”

Kim said he will consider sending a delegation to the Winter Olympics Games to be held in Pyeongchang, South Korea, in February.

“North Korea’s participation in the Winter Games will be a good opportunity to show unity of the people and we wish the Games will be a success. Officials from the two Koreas may urgently meet to discuss the possibility,” Kim said.

South Korean President Moon Jae-in has said North Korea’s participation will ensure safety of the Pyeongchang Olympics and proposed last month that Seoul and Washington postpone large military drills that the North denounces as a rehearsal for war until after the Games.

Rather than encouraging U.S. measures that “threaten the security and peace of the Korean peninsula,” Seoul should instead respond to overtures from the North, Kim said.

North Korea tested intercontinental ballistic missiles and conducted its sixth and most powerful nuclear test in September in defiance of international warnings and sanctions, raising fears of a new conflict on the Korean peninsula.

After testing what Pyongyang said was its most powerful intercontinental ballistic missile (ICBM), capable of delivering a warhead to anywhere in the continental United States, at the end of November, Kim declared his nuclear force complete.

He continued that theme in his New Year’s address, announcing that North Korea would focus on “mass producing nuclear warheads and ballistic missiles for operational deployment” in the coming year.

This, Kim said, made it impossible for the United States to start a war against North Korea.

“The entire United States is within range of our nuclear weapons, and a nuclear button is always on my desk. This is reality, not a threat,” he said, while emphasising that “these weapons will be used only if our security is threatened.”

As by reporters to comment on Kim’s speech, U.S. President Donald Trump simply said “we’ll see, we’ll see”, as he walked into New Year’s eve celebration at Mar-a-Lago, his elite resort in Florida.

The U.S. State Department did not immediately respond to a request for comment on Kim’s New Year’s address.