Emmanuel Macron Vows to Keep Up the Pace of French Reform 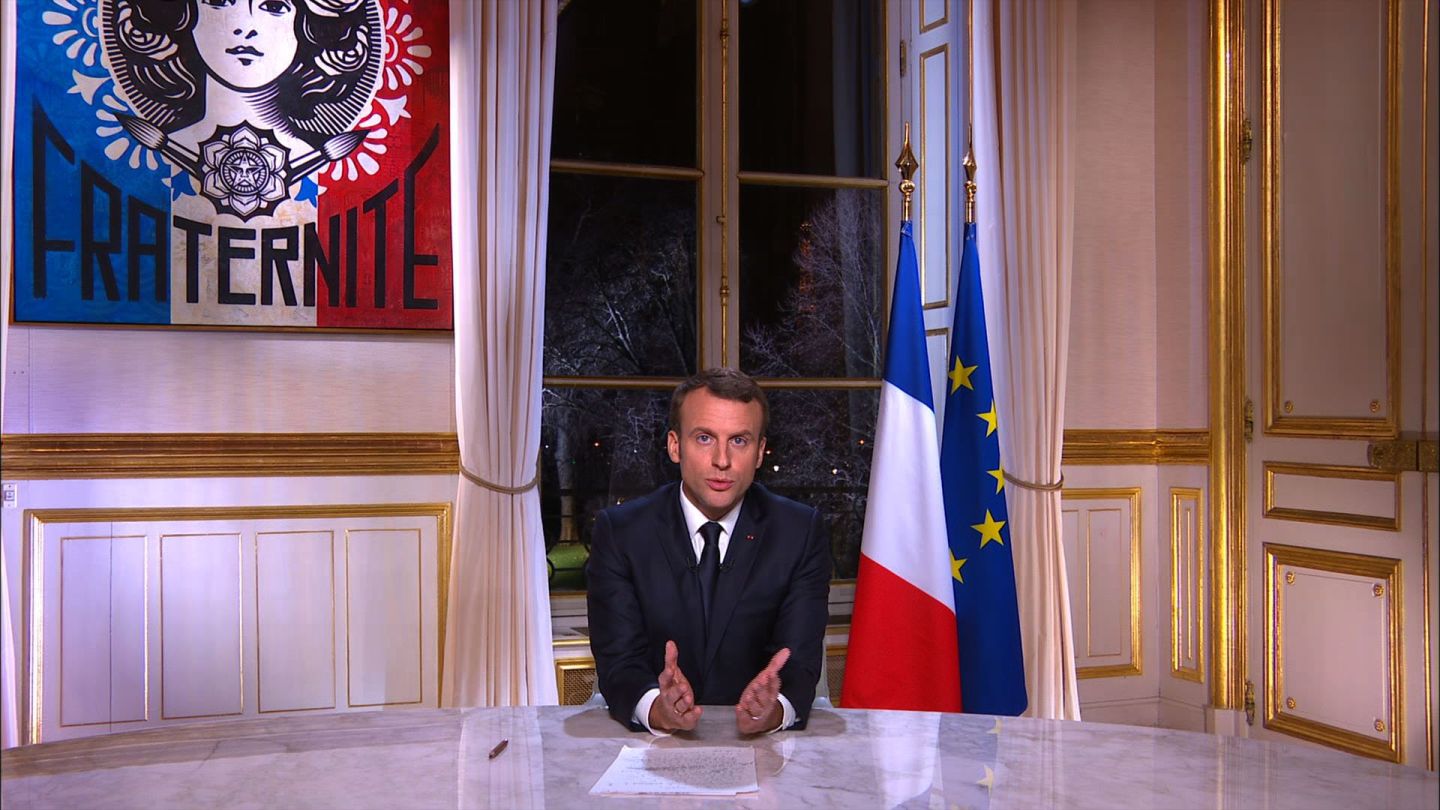 French President Emmanuel Macron vowed on Sunday to rapidly push through economic and political changes in France over the coming months and said he would seek to jolt Europe into reforming too.

The televised New Year’s speech was the 40-year-old president’s first year-end address following his electoral victory in May. Macron made clear he would tackle even potentially thorny domestic issues, like a new immigration law.

Macron, who left political rivals reeling when he won power barely a year after launching a new centrist movement, has already rattled his way through an overhaul of French labour rules, in spite of street protests and a pushback from unions.

“I will ensure all voices, including contrary ones, are heard. But all the same, I will not stop acting,” Macron said, seated a marble table in his office at the Elysee Palace. The formula of the speech was largely in keeping with the one favoured by many of his predecessors, despite speculation Macron would seek to shake up France’s New Year presidential rite of passage too.

With parties to his left and right divided or scrambling to regroup under new leaders, Macron will benefit from a window of opportunity at home to push through more reforms in 2018 as the opposition flounders, analysts say.

Macron’s popularity ratings have recently recovered from a slump as he tries to carve out an international profile and starts delivering on campaign pledges.

But his next steps also carry risks as he seeks changes that could spawn more of a popular backlash than he has previously faced, including a proposed overhaul of unemployment benefits which aims to tighten conditions for these subsidies.

Detractors have labelled the former investment banker the “president of the rich”, and he also faces the challenge of maintaining a grip over his young party.

The French government plans changes in 2018 to immigration laws that have sown unease even among some members of Macron’s Republic on the Move (LREM) movement. They include a tougher line on deporting migrants who have been refused asylum.

Macron vowed on Sunday that the country would continue to welcome refugees and immigrants, though he added France could not do so “without rules.”

An unapologetic pro-European, Macron beat far-right, eurosceptic National Front leader Marine Le Pen in the election run-off and has since sought to kickstart a drive towards greater euro zone integration.

He appealed on Sunday directly to people across Europe to step up and have more of a say in shaping the future of the European Union and giving it a “jolt”, including through citizen consultations.

“We need to recover a European ambition to be a more sovereign, more united, more democratic Europe,” Macron said. “I need for us, together, not to give way on anything, neither to nationalists nor to the sceptics.”

Echoing an address earlier on Sunday by German Chancellor Angela Merkel, Macron said Germany and France in particular would strive to work together.