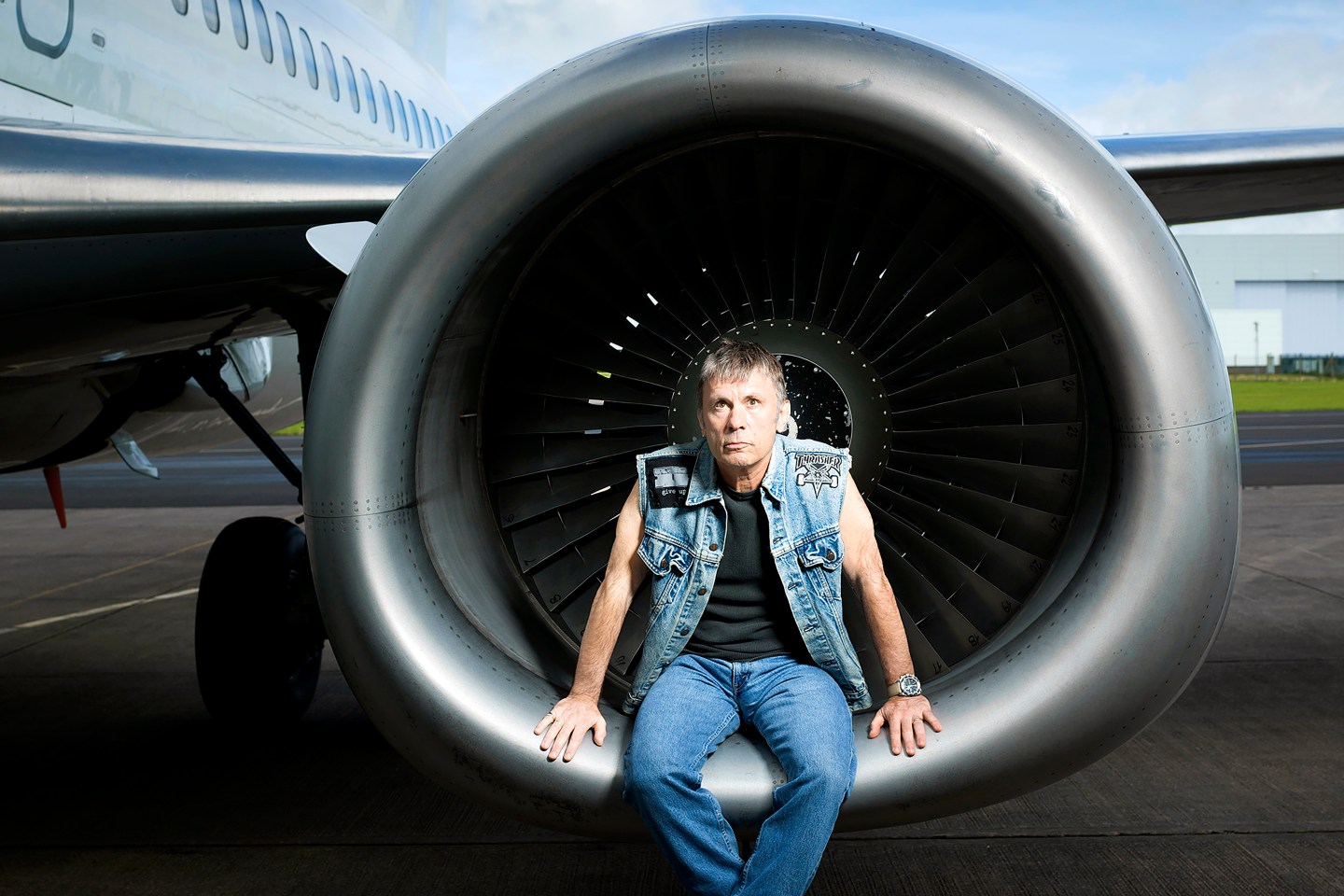 At age 59, most rock stars would be happy to while away the time between tours luxuriating on a tropical island as the royalty checks roll in.

Not Bruce Dickinson. The lead singer of British band Iron Maiden, whose voice has propelled songs like “Run to the Hills” and “Wasted Years” into the heavy metal canon, is instead spending a 10-month hiatus from the road trying to line up as much as $27 million in funding for Cardiff Aviation, an airplane maintenance, repair, and ­pilot training company he cofounded five years ago and which he currently chairs.

“We want to get serious about the maintenance business, and that’s going to require a proper level of investment. Otherwise, we’ll always be just bouncing around underfinanced and undercapitalized,” says Dickinson. (There were media reports in 2017, which Dickinson calls “malicious,” saying that Cardiff fell into arrears on worker pay and that Dickinson had to fund the payroll out of his own pocket.)

The finance-speak couldn’t contrast more starkly with his operatic exhortations for his legions of fans to “Scream for me!” at concerts.

Dickinson, who in the 1990s launched a second career as a commercial airline pilot and now flies Iron Maiden and crew when they are on tour, describes with pride how the company leases and maintains used airplanes and trains pilots. “There is an airline pilot shortage,” he explains.

Another opportunity: smaller countries wanting to build their own airlines. Hence, Cardiff Aviation’s so-called Airline in a Box, which relaunched Air Djibouti—providing aircraft, crews, and maintenance—before handing over the keys to a local CEO. Dickinson says two other African countries are looking at the service too.

His megastardom doesn’t spare him from having to keep a 90-second elevator pitch at the ready in case he meets a venture capitalist. “Nothing’s different because I’m Bruce Dickinson,” he says. “It’s exactly the same as for everyone else.”

To be sure, Dickinson isn’t the only music icon who doubles as an investor: U2’s Bono, for example, is a managing director at private equity firm Elevation Partners. What makes Dickinson unusual is his deep involvement in the companies he invests in.

“The key is to reinvent yourself, but within your own terms of reference.”

He is, for instance, very hands-on in the product development and marketing of Trooper craft ale, a joint venture between Iron Maiden and Robinsons Brewery named for one of the band’s most popular songs. While working with a brewmaster to come up with flavors, Dickinson understood that for Trooper to have longevity, it couldn’t just be a gimmicky beer.

“We would not have sold 19 million pints of beer or been one of the top brands in U.K. supermarkets if it was just an Iron Maiden beer,” he says. The beer is now sold in 50 countries.

And if he weren’t busy enough, Dickinson has also put his own money (about $335,000) as a seed investor into Hybrid Air Vehicles, a British outfit­ that aims to bring enormous zeppelin-like airships back to the skies. (The company suffered a setback in November when its Airlander 10 broke free from its mooring and crashed into a field, injuring two people. Dickinson says he is keeping the faith and that “we will rebuild.”)

Long before Dickinson accidentally discovered he had a rock star’s voice, he had entrepreneurial ambitions, as detailed in his bestselling autobiography, What Does This Button Do? (Dey Street). At just 10 he started his first venture, Rent-A-Pencil, to take advantage of fellow students who had forgotten theirs. But he soon learned a brutal lesson about how hard capitalism can be: “When I’d ask for my pencils back and for the rent, nobody paid.”

Dickinson relies on the same philosophy that has kept fans buying Iron Maiden records and concert tickets for over three decades: “The key is to reinvent yourself, but within your own terms of reference.”

“We’ve created our own niche, and it’s gotten bigger and bigger,” he says of his band. He could well have been speaking about his business ventures too.

A version of this article appears in the Jan. 1, 2018 issue of Fortune with the headline “Air Metal.”