The Trump SoHo Hotel Has a New Name 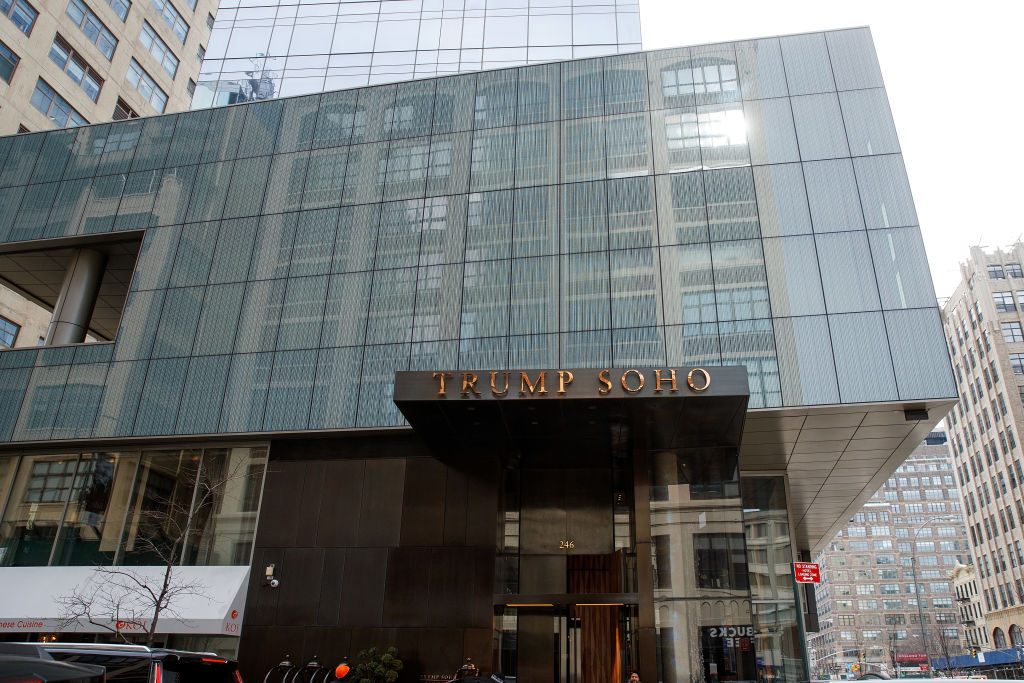 NEW YORK, NY - FEBRUARY 21: A view of the Trump SoHo hotel condominium building, February 21, 2017 in New York City. The development of Trump SoHo, completed in 2010, was constructed in partnership with the Bayrock Group, headed by former Soviet official Tevfik Arif. Felix Sater, a Russian-American businessman, also worked for Bayrock Group during the development of Trump SoHo. Despite repeated claims that he is not involved in any business deals with Russia, President Trump's ties to the country continue to be scrutinized. (Photo by Drew Angerer/Getty Images)
Drew Angerer Getty Images

The embattled Trump SoHo Hotel was finally put out of its misery last night.

As of midnight on Thursday, the business now operates as The Dominick Hotel. The property will be run by an affiliate of CIM Group, which has owned the hotel since 2014. Hotel staff and guests who have already made bookings will not be affected by the change.

The change follows a Trump Organization announcement in November that they would walk away from the hotel, the success of which has not been helped by Donald Trump’s political career: a year ago, basketball star LeBron James refused to stay in the hotel on political grounds and room prices have been falling throughout the year.

The hotel-cum-condominium building was seemingly doomed from the start, hitting the market just as the Great Recession settled in; dogged by bankruptcy, rumored criminal activity and even russia meddling among investors; and only able to sell one-third of its units by the time CIM Group bought it in a foreclosure auction. The Manhattan District Attorney’s office even began building a case against Ivanka Trump and Donald Trump Jr. for misrepresenting the success of the building to potential buyers.

But don’t shed a tear for the Trump family, there are still plenty of buildings in New York that bear the family name.