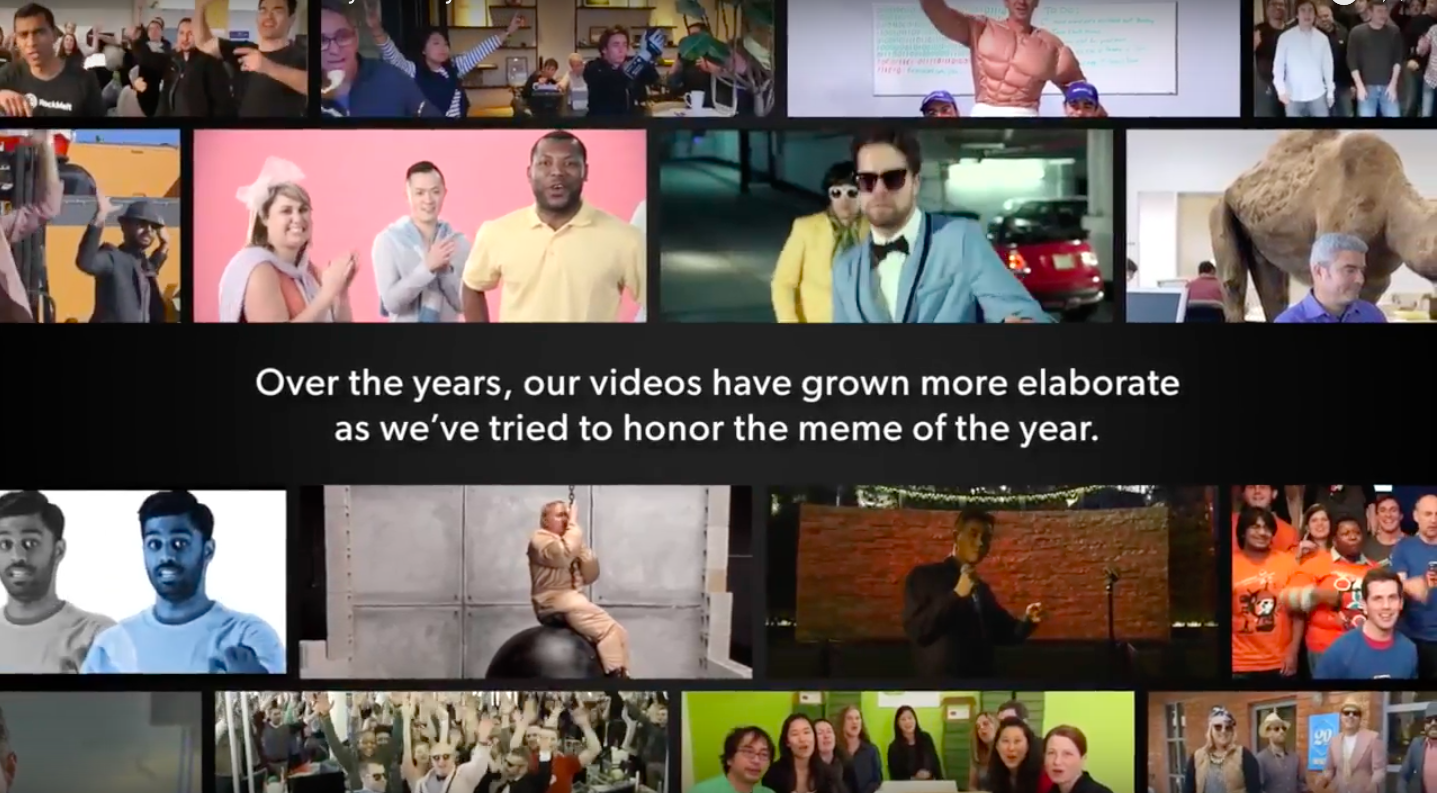 After weeks of receiving holiday e-cards addressed to {{MediaContactFirstName}}, I received the one the entire tech community awaits each year (no? just me?). First Round Capital, a San Francisco-based seed-stage venture firm, released its annual holiday video. Each year, the music video is lighthearted and entertaining, featuring First Round’s partners and portfolio company founders lip-syncing and referencing a handful of the year’s tech headlines. The lyrics have previously been modified to chart-toppers including Taylor Swift’s “Shake It Off,” Hamilton’s “You’ll Be Back,” Drake’s “Hotline Bling,” and Psy’s “Gangnam Style.”

Over the years, the videos have grown more elaborate and more ridiculous as the annual tradition has turned into an obviously time-consuming and capital-intensive production. Just look at the difference between First Round’s 2008 and 2016 music videos.

This year is different.

There’s no lip-syncing, no coordinated dancing, and no parodies. For the holiday video’s 10th anniversary, First Round decided to go back to its roots and produce something much less flashy. In a nod to its first video, it shows a compilation of portfolio company members dancing in a low-maintenance setting.

“Rather than spend money on expensive production value, we will be donating our holiday video budget to nonprofits working to improve diversity and inclusion in the tech ecosystem,” the video notes, alluding to a year of sexual harassment allegations that have rocked the tech community.

First Round told Fortune it donated more than $25,000. This is an action that speaks louder than any lip-synced lyric could.

Watch the full video above.