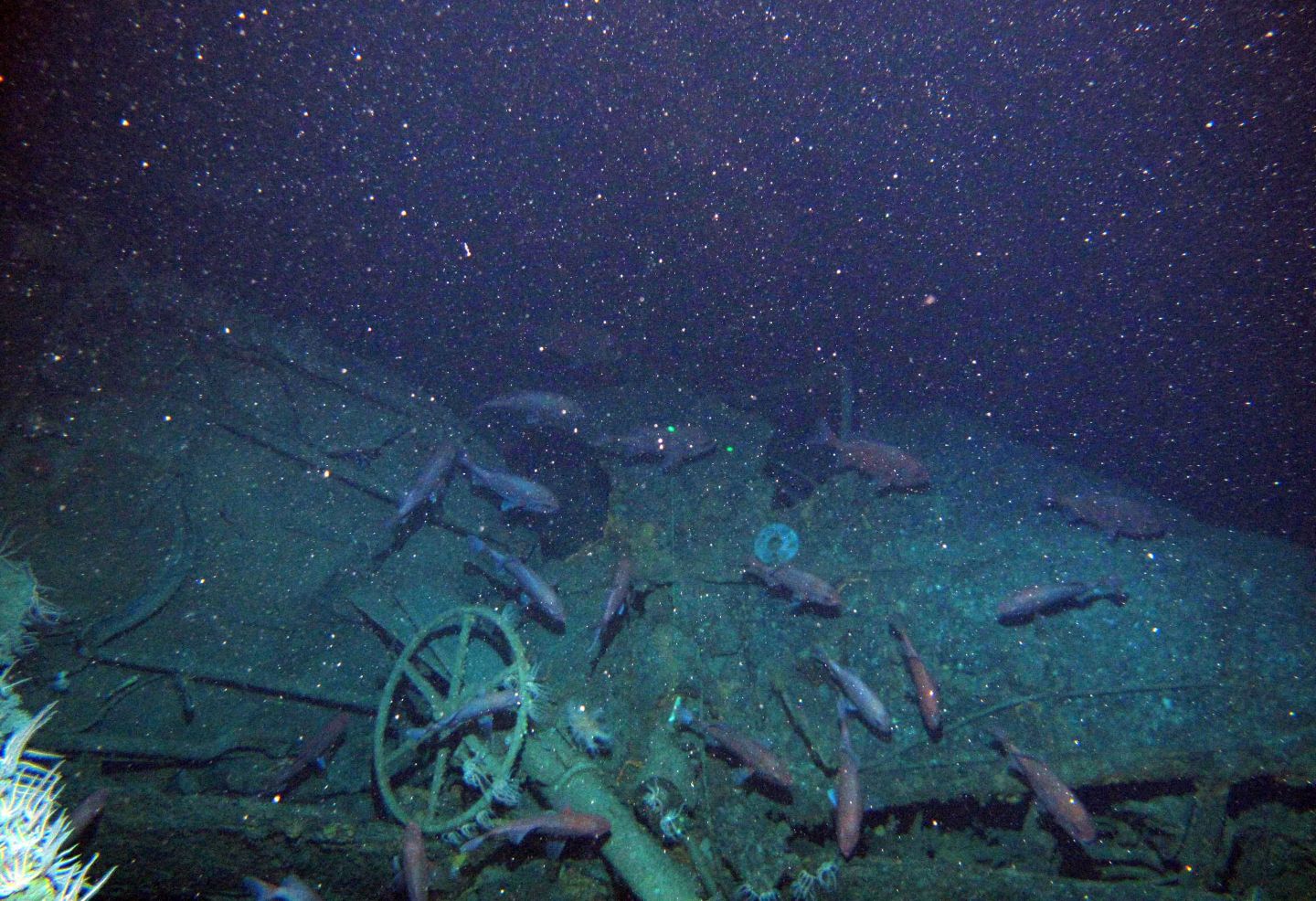 Mandatory Credit: Photo by HOGP/AP/REX/Shutterstock (9298987b) In this undated image provided by the Australian Department of Defense fish swim around the helm of the Australian submarine HMAS AE1 off the coast of the Papua New Guinea island of New Britain. One of Australia's oldest naval mysteries has been solved after the discovery of the wreck of the country's first submarine more than 103 years after its disappearance in World War I Australia Found Submarine - 21 Dec 2017
HOGP/AP/REX/Shutterstock

An Australian submarine that vanished without a trace during World War I has been found, ending one of country’s oldest military mysteries.

The first images captured by the expedition show that the vessel, the AE1, is remarkably well preserved and apparently in one piece, the Royal Australian Navy said.

The submarine was believed to have disappeared off the New Guinean island of New Britain on Sept. 14, 1914. It was the first Allied submarine loss of World War 1. All 35 crew members, from Australia, New Zealand and Britain, on board were lost when the submarine vanished.

There have been numerous attempts—13 in all—to find the vessel, reported Sydney Morning Herald.

How Tech Helped Find the Submarine

The Australian Navy and the Dutch-owned Fugro survey company found the missing submarine on Dec. 20, just a week into its search. The AE1 was found at depth of nearly 1,000 feet near the Duke of York Islands. The search vessel used for this expedition, called Fugro Equator, is equipped with advanced search technology, including an underwater autonomous vehicle.

The search team included maritime surveyors, marine archaeologists, and naval historians, who scoured the area with a multi-beam echo sounder and side-scan technology in an underwater drone flying 131 feet (40 meters) above the seabed on pre-programmed 20-hour missions, the Navy said. The team analyzed the data and a 3-D rendering of the underwater environment before using an underwater camera to confirm the find.

The search was funded by the Commonwealth Government and the Silentworld Foundation, with assistance from the Submarine Institute of Australia, the Australian National Maritime Museum, Fugro Survey, and the Papua New Guinea Government.

Efforts are being made to contact the crew’s descendants, the Navy said.