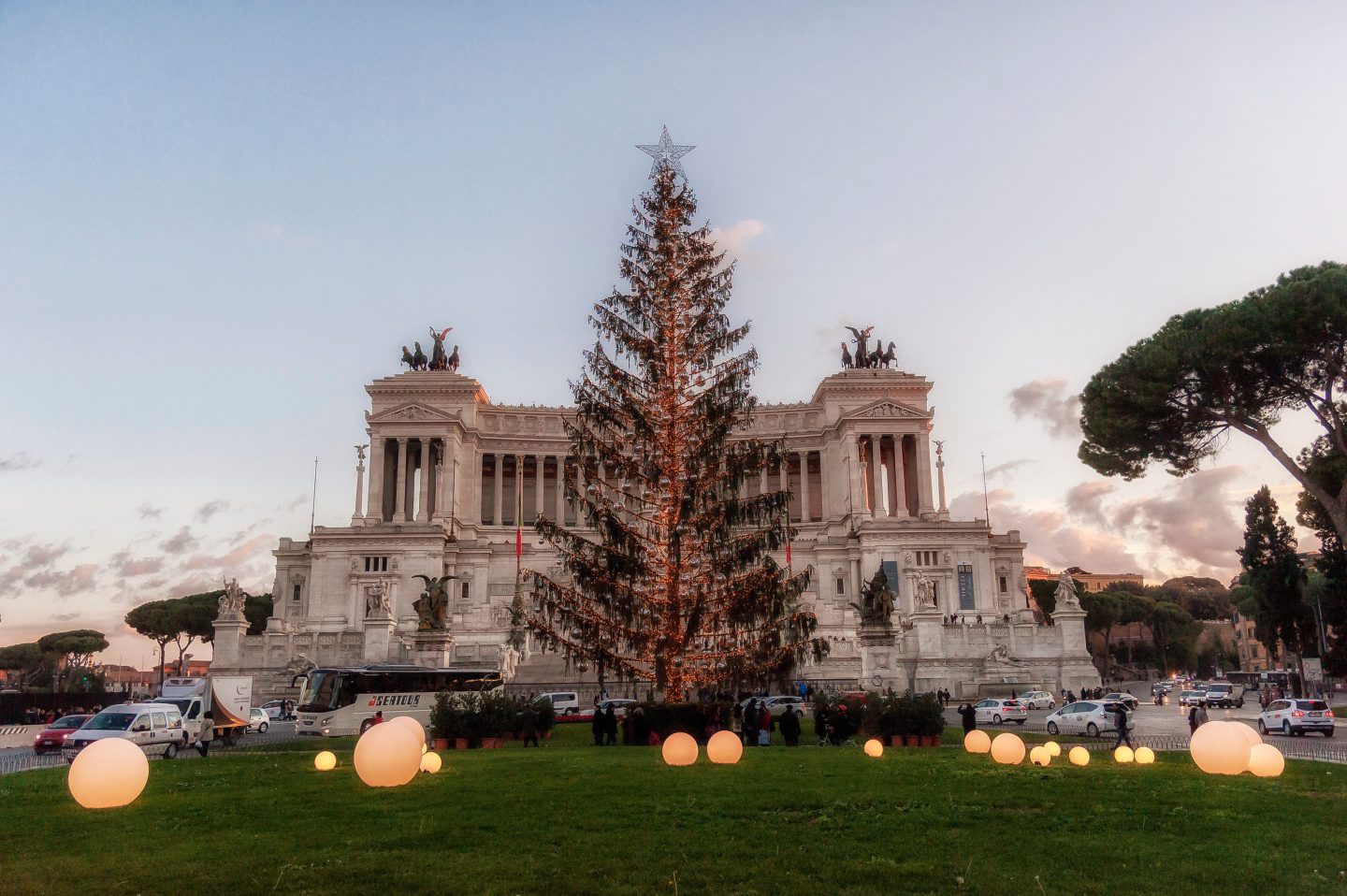 ROME, ITALY - DECEMBER 19: A picture shows the dry Christmas tree before Christmas day at Piazza Venezia on December 19, 2017 in Rome, Italy. For the second year in a row, the Piazza Venezia Christmas tree has been ridiculed by locals who have dubbed it 'spelacchio' meaning mangy or threadbare.The municipality admited the tree has dried before Christmas day. (Photo by Stefano Montesi - Corbis/Corbis via Getty Images)
Stefano Montesi—Corbis via Getty Images

There are plenty of sights to see in Rome, but you might want to skip the city’s Christmas tree.

The 65-foot, $57,000 centerpiece, was set up on Dec. 8 and has been steadily losing needles ever since. And with just five days left until Christmas, the thinning has gotten so bad that some locals are calling the tree “baldy.” Others are more direct, dubbing it the “world’s saddest Christmas tree.”

While some Romans are laughing off the incident, others are furious, using it as a reason to fume at mayor Virginia Raggi, whom Sky News notes is not popular in the city these days. City authorities have opened an investigation to discover why the tree has died so quickly.

Rome officials say there are no plans to remove the tree before the holiday.

Of course, ugly Christmas trees can actually be a draw for tourists. Just ask Montreal. Last year, the Canadian city hoisted a hideous 85-foot balsam fir, decorated with Canadian Tire logos, which turned into a social media hit, even earning its own Twitter account.

Knowing when to take advantage of a good thing, Montreal brought back the ugly tree this year, building an entire village around it.

“It could become a Montreal tradition – instead of having a magnificent, perfect tree every year, you have one that’s authentic, crooked, a little bizarre with personality that could be super original and a mark of distinction for Montreal,” said Philippe Pelletier, who’s part of the group overseeing the tree.