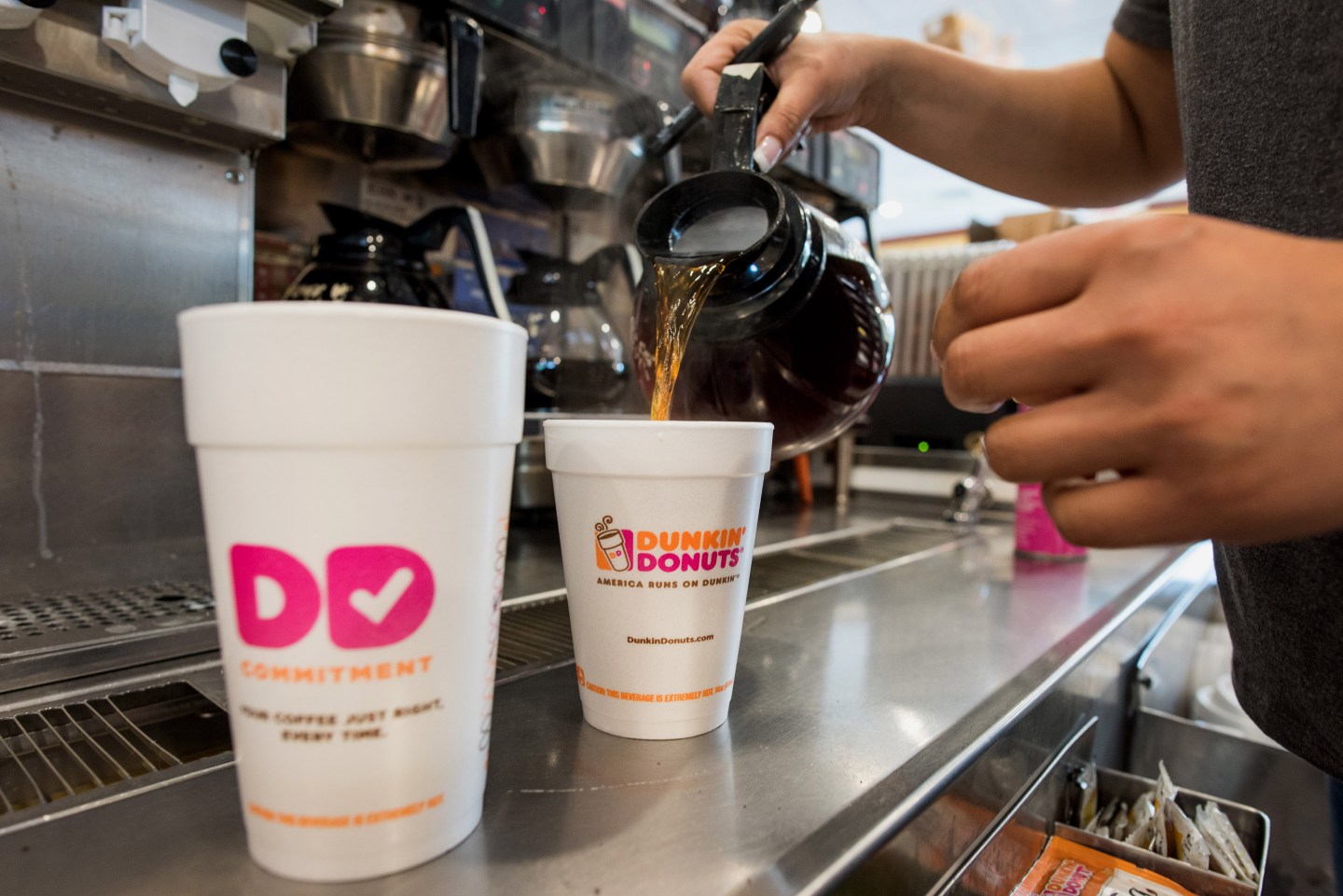 The beer, called DDark Roasted Brew will be the first beer to be made using the donut chain’s dark roasted coffee beans. The brewery describes the stout as having “ a full-roasted coffee flavor reminiscent of freshly-ground beans with a creamy mouthfeel.”

Made by Wormtown Brewery in Worcester, if you want to give it a try you’ll have to visit the brewery. It plans to tap the draft-only brew at the beginning of winter solstice, 11:28am December 21, 2017.

At the tapping there will also be “special donut and beer pairings created by the Dunkin’ Donuts Culinary Team” including “Double Chocolate Cake Donut with DDark Roasted Brew, where the smooth body of the beer complements the creaminess of the chocolate icing, finishing with notes of Dark Roast Coffee, malt and chocolate cake.”