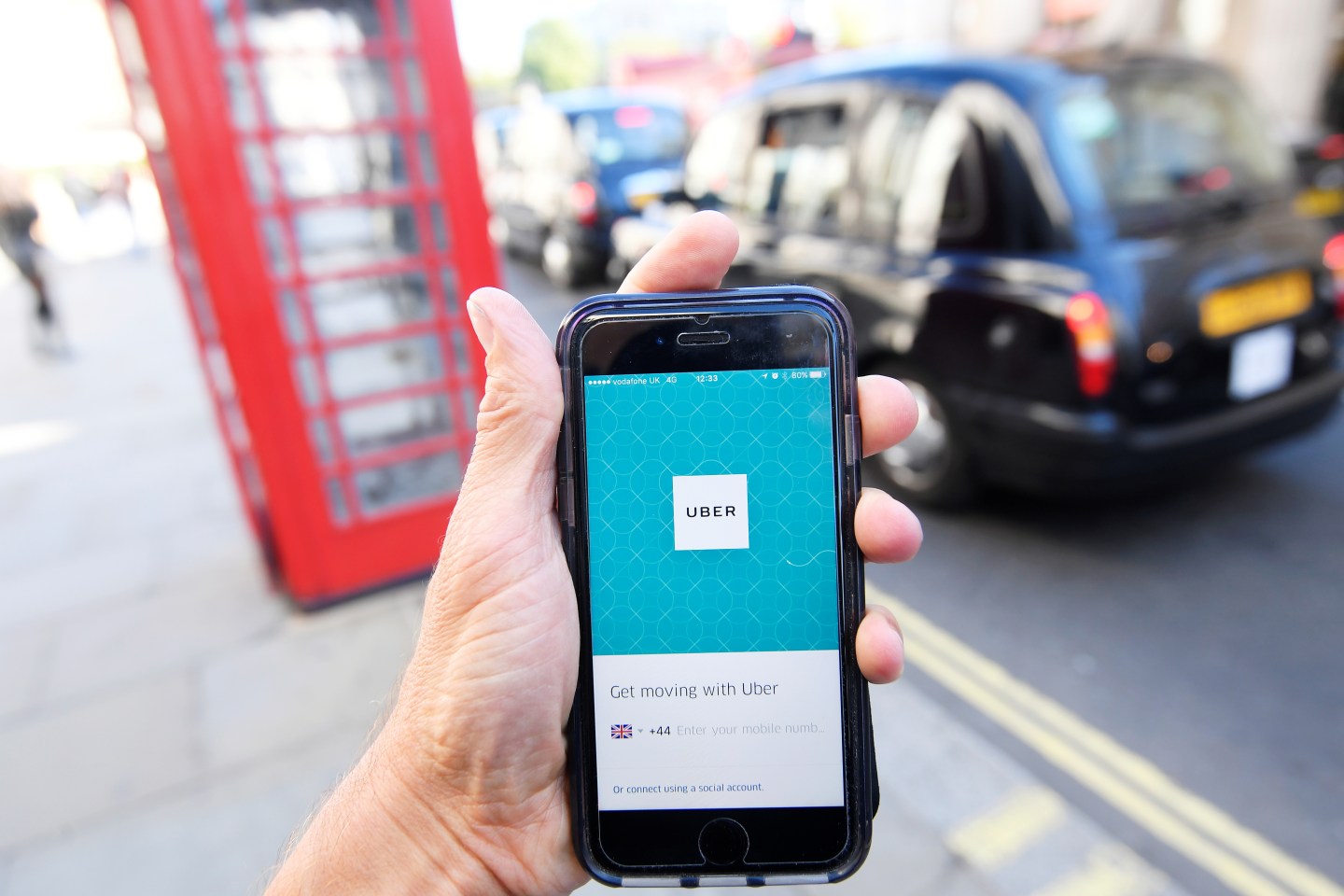 A photo illustration shows a London taxi passing as the Uber app logo is displayed on a mobile telephone, as it is held up for a posed photograph in central London September 22, 2017. REUTERS/Toby Melville - RC16BA55EE10
Toby Melville—Reuters

Fresh details of Uber Technologies Inc.’s alleged surveillance tactics — by humans and electronic means — and in particular its scraping of competitors’ information from the internet were revealed in a court filing.

Prosecutors involved in a criminal investigation of Uber learned of the tactics from a former manager of the company’s global intelligence unit who had documented them in a letter to an in-house lawyer at the ride-sharing firm.

Among other practices, the letter describes how Uber hired people to spy on executives of overseas rivals, tracking their movements and who they were meeting with. Undercover agents impersonated taxi drivers to subvert opposition to the ride-hailing app. Uber also had a team devoted to the automated collection of information, or scraping, of competitor information from the internet. The practice, also referred to as “fusking,” relies on finding source code inadvertently left unprotected.

While the legality of the practices detailed in the letter may vary among countries, the allegation that Uber was using them widely won’t help its expansion into international markets. The company is already paying a price for its practices in London, where the company was banned from operating due to safety and regulatory concerns. It’s still operating in the city until an appeal of the decision is heard next year.

The ex-manager behind the letter, Richard Jacobs, was either a disgruntled employee or a whistle blower who quit because he found Uber’s practices objectionable — or something in between. Uber paid him $4.5 million to settle his claims, get his cooperation investigating them, and to prevent him from publicly disparaging the company. Jacobs recanted some of his assertions as a witness in a November court hearing, leading a top Uber lawyer to describe the letter as an effort at “extortion.”

Prosecutors turned the letter over last month to U.S. District Judge William Alsup because they were concerned it might be important to the civil trade-secrets case Alphabet Inc.’s Waymo unit brought against Uber for self-driving technology. Alsup, who is handling the Waymo suit, unsealed the letter Friday.

“While we haven’t substantiated all the claims in this letter — and, importantly, any related to Waymo — our new leadership has made clear that going forward we will compete honestly and fairly, on the strength of our ideas and technology,” Uber spokesman Matt Kallman said in an email.

Fusking can be illegal under U.S. laws designed to protect access to information on networks, said Michael Risch, a professor at Villanova University School of Law in Pennsylvania.

“This is another mess for Uber’s new team to be cleaning up,” Risch said in an email. “It is hard to take them seriously when they apparently paid someone they called an extortionist $4.5 million to ‘assist’ with an internal investigation, especially when Uber claims that these things are not happening.”

The letter, written on Jacobs’s behalf by his own lawyer, Clayton D. Halunen, describes how Uber’s web scraping was used to lift competitor ride sharing companies’ driver information, pricing structures and incentives. Uber impersonated drivers on competitor platforms to understand their apps, with the aim of siphoning drivers away, according to the letter.

Uber relied on undercover agents to undermine taxi drivers and their companies, Halunen wrote. The letter blacks out what country the agents operated in but one goal was to identify local politicians and groups opposing Uber. In one instance, an agent impersonated a taxi driver to learn about resistance to Uber and anticipate their plans, Halunen wrote.

“The agents took rides in local taxis, loitered around locations where taxi drivers congregated, and leveraged a local network of contacts with connections to police and regulatory authorities,” according to the letter.

Halunun received $3.5 million from Uber as part of his client’s settlement with the company. He didn’t return a call and email after regular business hours seeking comment about the letter.