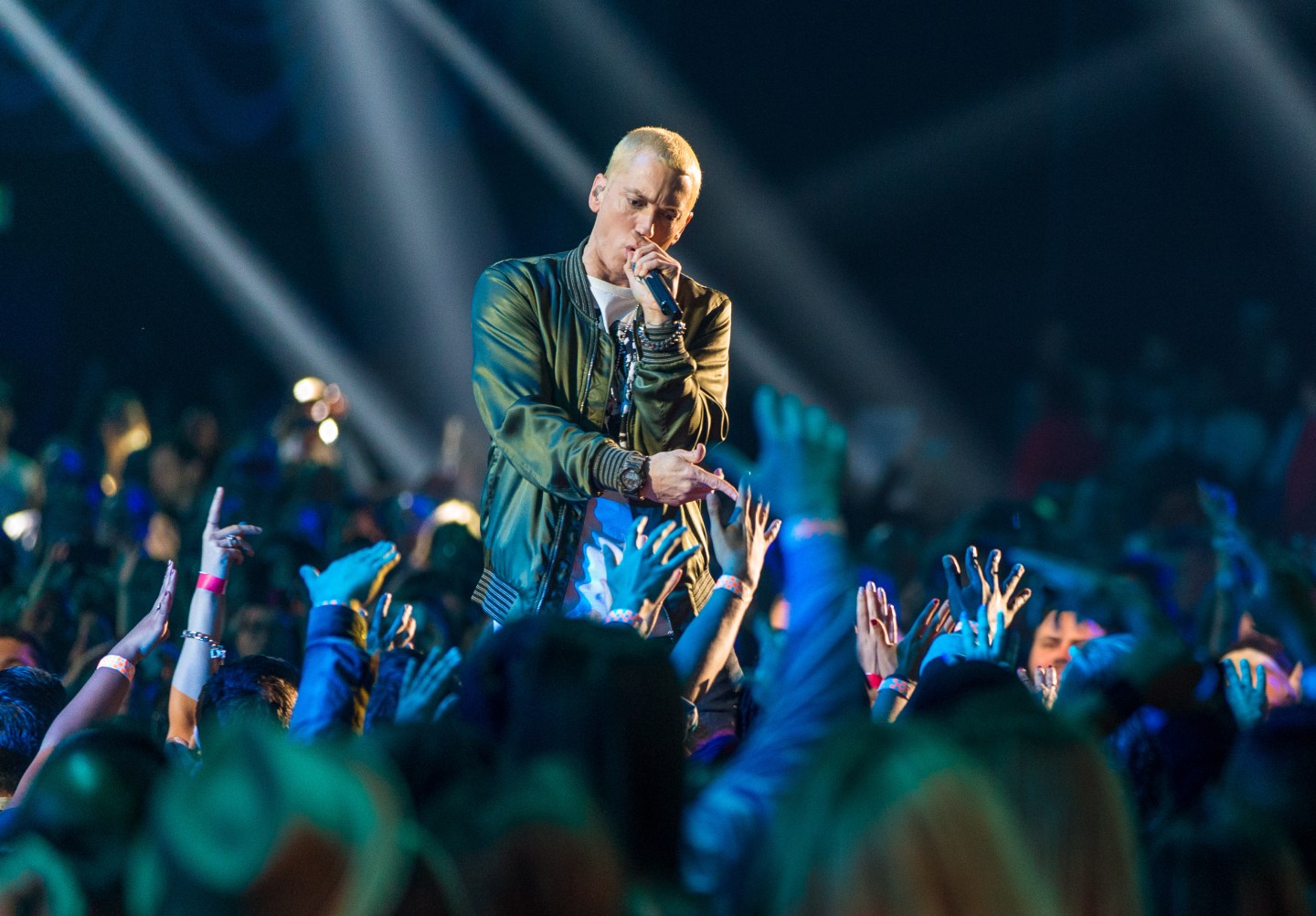 The rapper has announced the launch of “Mom’s Spaghetti,” a pop-up diner and merchandise store that will open in Detroit this weekend to support the launch of his latest album Revival, which hit stores today.

The name, of course, comes from one of the best-known lyrics of “Lose Yourself” from his 2002 film 8 Mile: “His palms are sweaty, knees weak, arms are heavy / There’s vomit on his sweater already, mom’s spaghetti.” But he’s doubling down on the homage, locating the shop at Detroit’s Shelter club, which also ties in with 8 Mile. (It’s the club in the film where he ralphs before getting ready for a rap battle).

Detroit! Come vomit up some spaghetti with me this weekend at our official #Revival pop up. Exclusive merch, spaghetti and more pic.twitter.com/rL0GHhrh9u

If you’re in or near Motor City, head to “Mom’s Spaghetti” between 10 a.m. and 5 p.m. Friday and Saturday. Among the items on the menu are—natch—spaghetti, meatballs, and sandwiches, but there will also be exclusive merchandise.