Qatar Is Buying 24 Typhoon Jets From BAE in a $6.7 Billion Deal 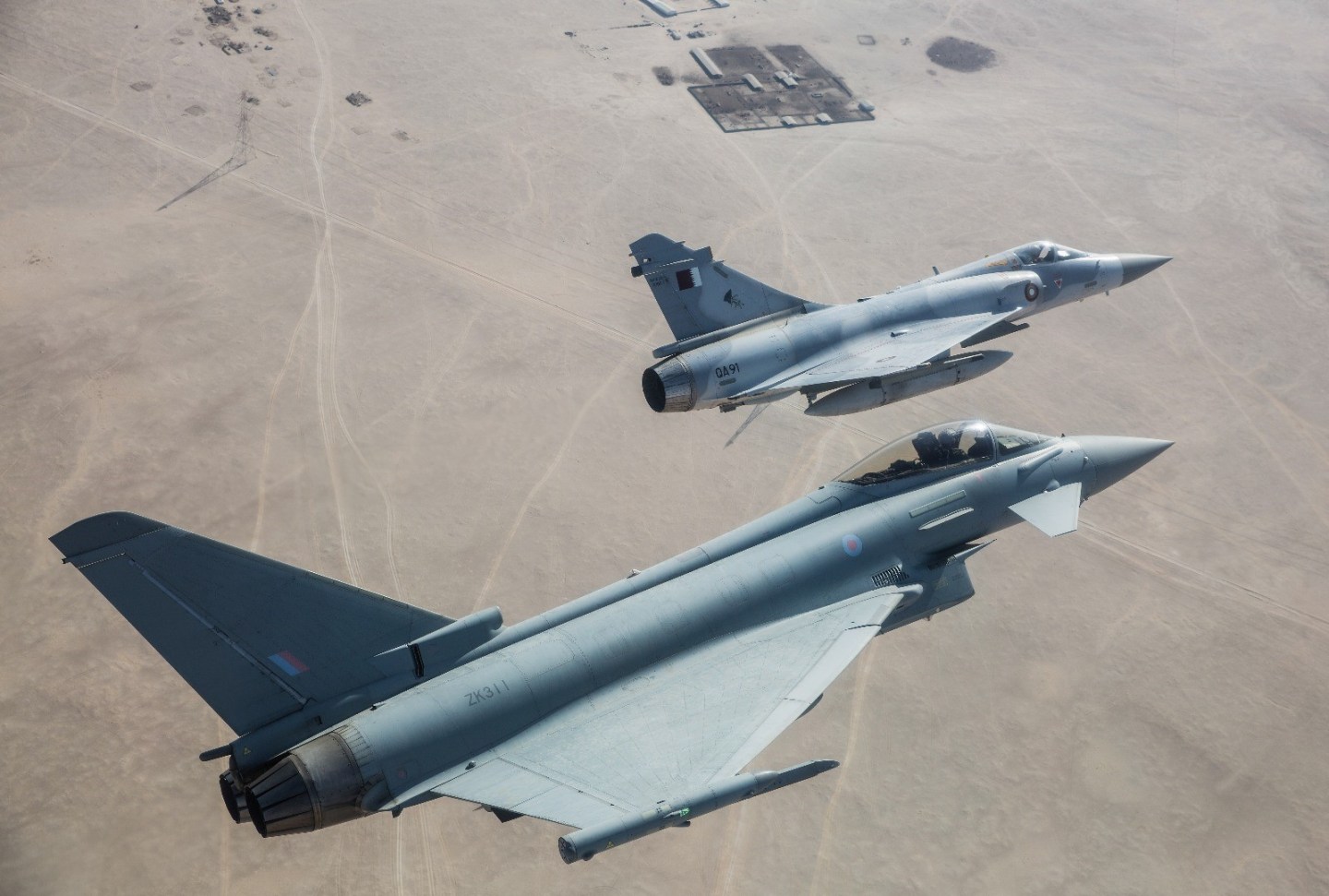 BAE Systems (BAE-SYSTEMS-PLC) and Qatar have entered into a contract valued at around 5 billion pounds ($6.7 billion) for the country to buy 24 Typhoon combat aircrafts, the British defense group said on Sunday.

The company said delivery was expected in late 2022 and that the contract was subject “to financing conditions and receipt by the company of first payment, which are expected to be fulfilled no later than mid-2018.”

At a ceremony in Doha British Defence Minister Gavin Williamson and Qatari Minister of State for Defense Affairs Khalid bin Mohammed al Attiyah, oversaw the signing of a deal which the British minister called a “massive vote of confidence, supporting thousands of British jobs and injecting billions into our economy.”

“We are delighted to begin a new chapter in the development of a long-term relationship with the State of Qatar and the Qatar Armed Forces, and we look forward to working alongside our customer as they continue to develop their military capability,” Charles Woodburn, BAE’s chief executive, said in a statement.

In September Qatar’s defense minister was reported to have signed a letter of intent to buy the 24 Typhoon jets from BAE in a move that could anger other Gulf countries boycotting Doha.