Europe Is Also Cautioning Against the GOP Tax Plan. Both of Them 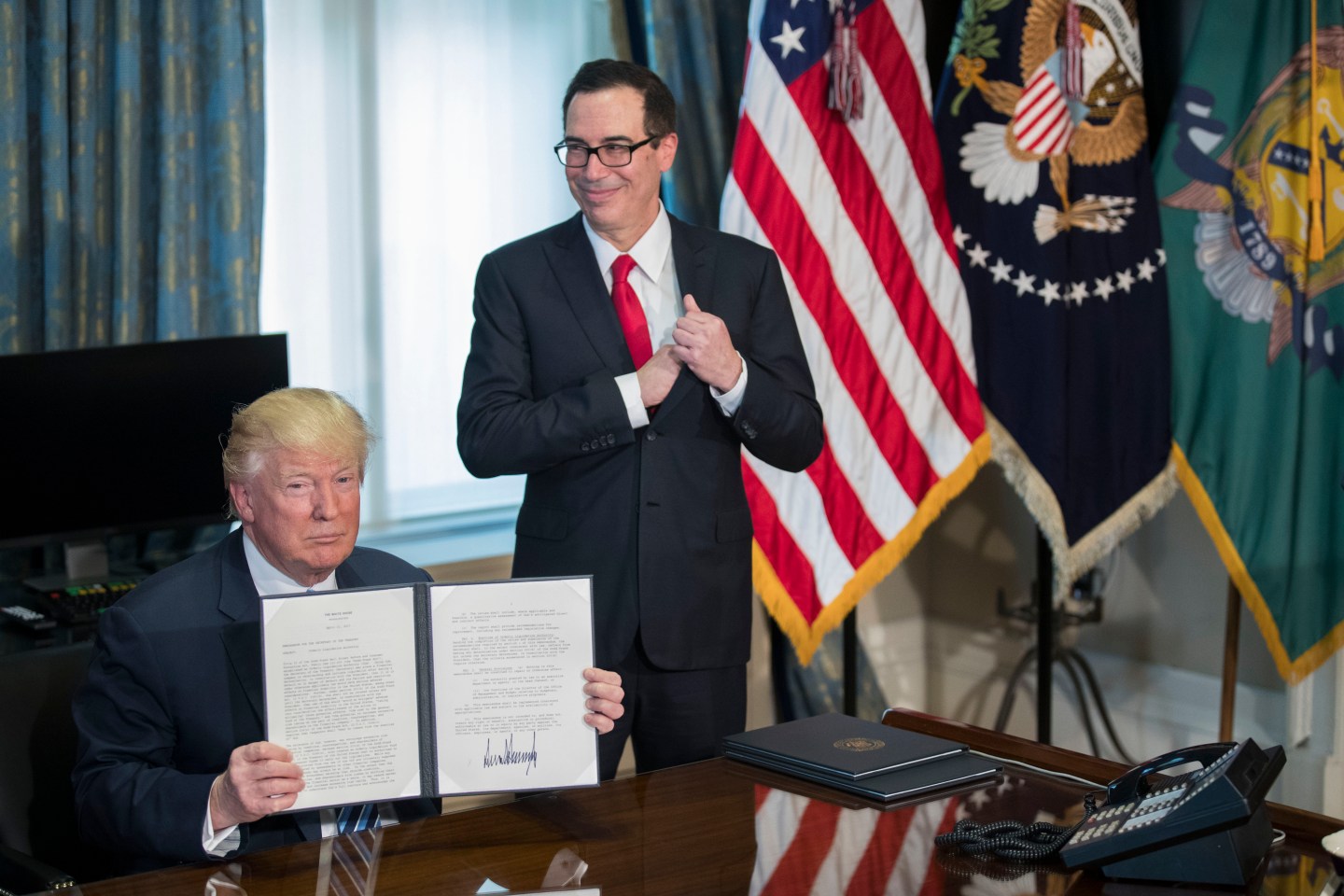 First billionaires such as George Soros spoke out about the GOP’s income tax plan. Now, it’s some of America’s most important trade partners who are raising the red flag on the U.S.’s most recent tax proposal.

“It is important that the U.S. government’s rights over domestic tax policy be exercised in a way that adheres with international obligations to which it has signed up,” the letter sent to Treasury Secretary Steven Mnuchin warned and seen by the Wall Street Journal.

Concerned that U.S. businesses will gain a competitive edge on international markets once the tax proposal is enacted, the five finance heads mentioned certain provisions of both the House and Senate bills. They argued a “base erosion” provision in the Senate bill that aims to prevent corporations from moving profits abroad could also adversely hurt banks by treating cross-border transactions as non-tax deductible. Separately, the ministers also took issue with the House bill’s call for a 20% tax on payments made to a foreign subsidiary—arguing that it could allow taxation of non-U.S. companies.

“We appreciate the views of the finance ministers. We are closely working with Congress as they finalize the legislation through the conference process,” a Treasury spokesperson told Fortune in a statement.

The House and Senate have both passed their own versions of the tax bill, and are now hoping to find a middle ground that can pass a final vote.