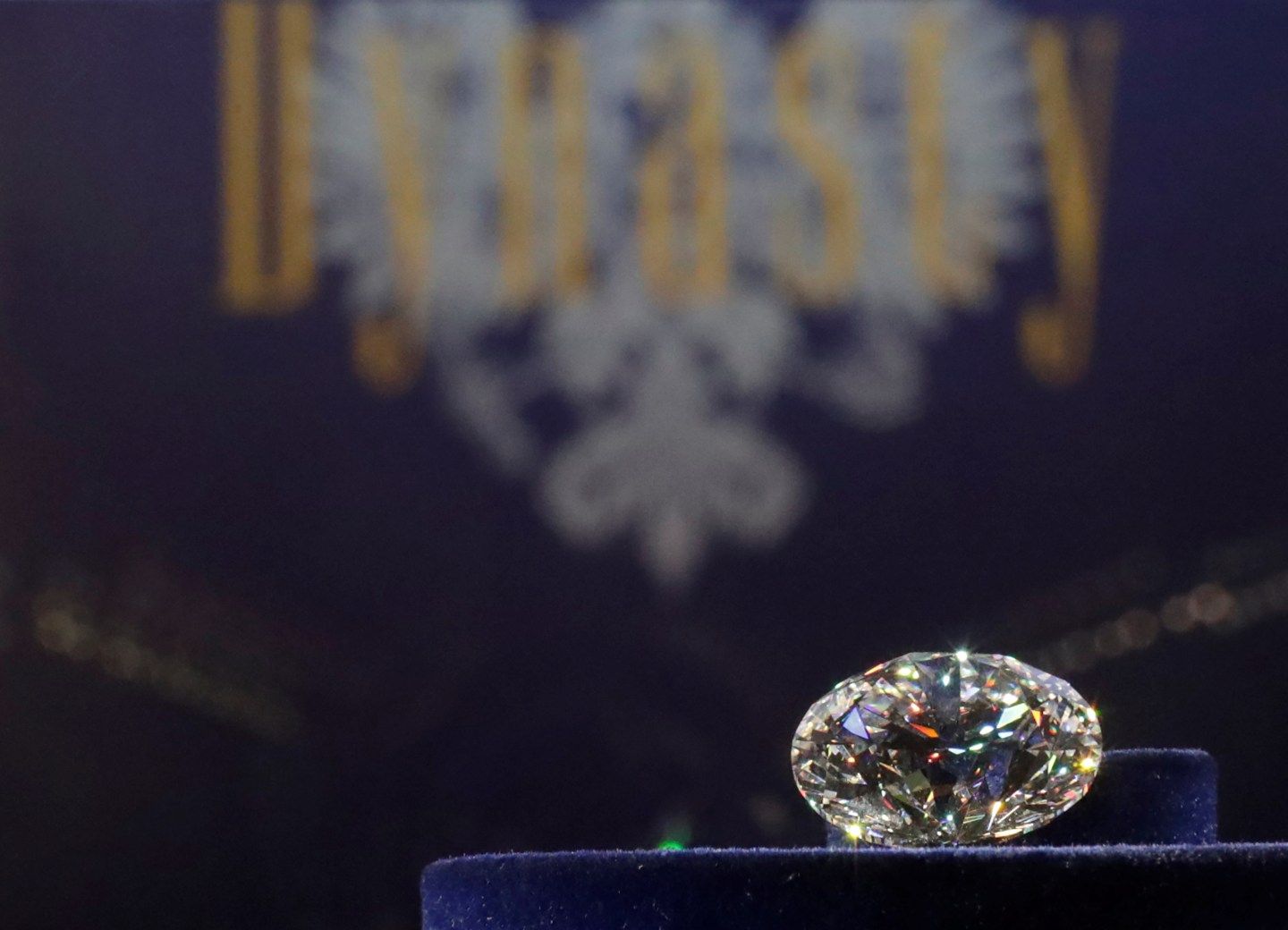 The most expensive diamond ever polished in Russia, named Dynasty after the Romanov-era Imperial Court, failed to sell in an auction.

Alrosa PJSC said it didn’t receive a high enough offer for the 51.4-carat gem in a Nov. 29 online auction. The stone has the best so-called triple excellence cutting quality, a characteristic Alrosa says is shared by less than 1 percent of all gems ever cut.

Other gems in the collection, named Sheremetyev, Orlov, Vorontsov and Usupov after Russia’s noble families, sold at an average premium of 30 percent to reserve prices, Alrosa said, without disclosing prices.

The company now plans to hold a separate auction to sell Dynasty. As many as 130 bidders had registered to buy the stones, cut from a 179-carat rough diamond found in 2015.

Alrosa was hoping to get at least $10 million for the whole collection, Chief Executive Officer Sergey Ivanov said in August.

The auction is a rarity for the Russian miner, which specializes in digging up diamonds, but not polishing them. Ivanov, who took the job earlier this year, has said that the miner won’t fully expand into the cutting business, but will polish any unique stones.

Earlier this week, a 14.93-carat pink diamond ring sold for about $32 million at Christie’s in Hong Kong.