11 Subtle Signs You’re About to Get a Promotion 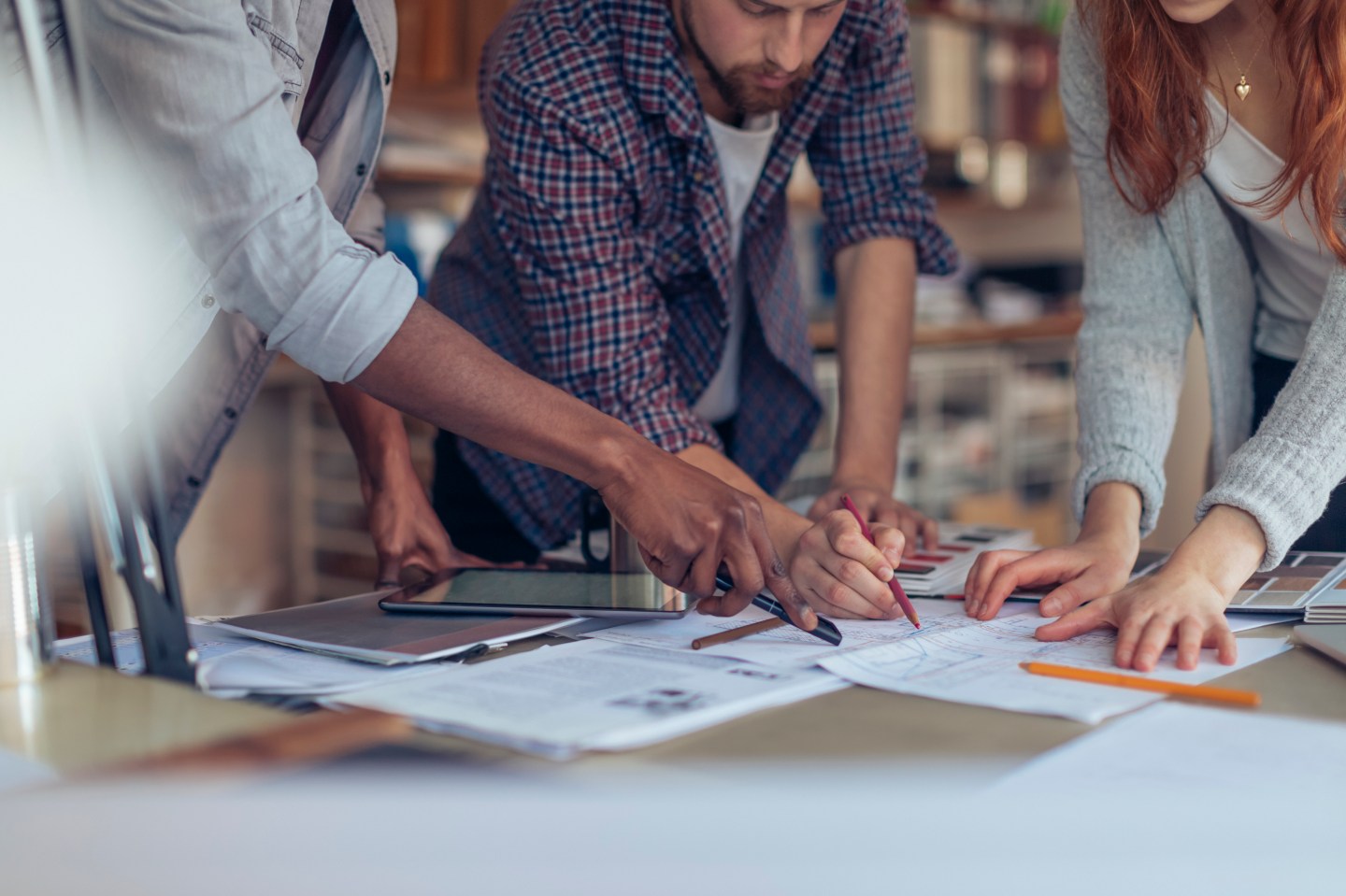 It’s not always easy to be objective about your job performance. And not every boss is so forthcoming with feedback — positive or negative.

But there are certain reliable indicators of success at work, no matter what role or industry you’re in. Below, find 11 key signs that you’re a star performer — or at least on the path to becoming one.

You come to meetings with solutions — not problems

As Business Insider’s Aine Cain reported, bosses don’t love it when you deposit a problem in their lap and scamper off. Instead, they want to hear your ideas about how to solve it.

For example, Weebly CFO Kim Jabal recommends telling your boss: “We have a huge opportunity to fix something that has gone wrong. Here are a few ideas. I’d love your input.”

In fact, Leon Shimkin, a general manager at publishing house Simon and Schuster who later became the company’s owner, had a rule that you couldn’t present a problem at the meeting unless you’d first tried solving it on your own. Apparently, the rule helped cut meeting times by 75%.

So save your boss time and aggravation: Be a problem-solver, not a complainer.

Read more: 11 things you can do today to be more respected, productive, and impressive at work

You know how to prioritize your responsibilities

In the modern workplace, everyone’s overwhelmed with demands and responsibilities. Employees who do a good job of prioritizing will stand out.

Amy Jen Su, co-founder and managing partner of Paravis Partners, uses a four-quadrant chartto illustrate the best way to organize all your tasks — especially when your boss isn’t willing or able to do it for you.

Plot your responsibilities based on your answers to those two questions. Where each one falls indicates how you should prioritize it during your day.

You make time to learn

Beth Comstock, former vice chair of General Electric, says she allots 10% of her working hoursto what she calls “discovery.”

In an interview with LinkedIn’s editor in chief Daniel Roth, Comstock said: “Can I spend 10% of my time a week reading, going to sites like Singularity, TED, talking to people, going to industry events, asking people: What trends are you seeing? What are you nervous about? What are you excited about?”

That way, you ensure that you’re staying creative and that you won’t be caught off-guard when your industry inevitably evolves.

You don’t spend all day in your inbox

Sending and scanning emails might make you feel like you’re accomplishing a lot — but the best employees know their time is better spent elsewhere.

Charles Duhigg, a New York Times journalist who researched the topic of productivity extensively for his 2016 book, “Smarter Faster Better,” says he measures his daily productivityby the number of emails he sends. The fewer, the better.

In an interview for the Peak Work Performance Summit, Duhigg told psychologist Ron Friedman, “You can be busy all day long and never really be productive.” He added: “You and I know that we can spend an entire day replying to emails and getting to ‘inbox zero,’ feeling like we worked every single minute and really not getting anything important done. You could do that your entire life.”

Similarly, time-management expert Laura Vanderkam wrote in her 2015 book, “I Know How She Does It“: “[Y]ou will never reach the bottom of your inbox. Better to realize that anything you haven’t gotten to after a week or so will have either gone away or been thrust back upon you by follow-up messages or calls.”

You can say ‘no’ to your boss — without being disrespectful

You never want to tell your boss “no” flat-out when they hand you an assignment. The key, according to Michael Kerr, an international business speaker and author of “The Humor Advantage,” is figuring out how you can say “yes.”

For example, maybe you’re already overloaded with other projects. According to Lynn Taylor, a national workplace expert and the author of “Tame Your Terrible Office Tyrant: How to Manage Childish Boss Behavior and Thrive in Your Job,” you might say:

“I would be happy to do that project, but what that could mean is that [whatever other project you’re working on] will have to be put off until tomorrow, because I was actually going to spend the next three hours finishing that proposal. Would you like me to put that off?”

In other words, you frame your response in terms of doing your best work — something that’s certainly in your boss’ best interest.

Read more: ‘Imposter syndrome’ makes people feel like they don’t deserve success — here are 10 ways to keep it from getting to you

Results showed that one behavior had the greatest influence on individual employee ratings: setting stretch goals.

Jack Zenger and Joseph Folkman, CEO and president of Zenger/Folkman, respectively, write in The Harvard Business Review: “The best individual contributors set — and met — stretch goals that went beyond what others thought were possible. They also encouraged others to achieve exceptional results.”

You keep your promises

In their book “Spark,” three US military veterans and leadership consultants explain how employees at any level of an organization can demonstrate leadership behaviors. One such behavior is having a narrow “say-do gap,” which is “the space between your words and your actions.”

Maintaining a narrow say-do gap is a way to earn others’ trust and set a good example for your team. Even if other people fail to meet deadlines or fulfill their promises, the “Spark” authors say it’s important that you do.

You make sure you’re contributing to your boss’ success

Taylor recommends periodically “auditing” your professional responsibilities to make sure that you’re truly integral to your boss’ success.

Take 15 minutes one day to think about what exactly you’re working on. “Could a temp do what you’re doing and keep your boss happy?” Taylor said. If the answer is yes, or even maybe, you might need to step up your game.

And if the answer is no? You’re likely in good shape.

You keep track of your own performance

Marketing consultant Erica Gellerman says a simple daily habit helped her client land a series of raises and promotions — and it can help anyone. All you have to do is spend 10 to 15 minutes every Friday reflecting on your week.

You list: the situation, what needed to be done to improve the situation, what you did, the outcome, the response to your actions, and your satisfaction level. That way, you have concrete evidence to present to your boss when petitioning them for promotions and raises.

An even simpler habit that can help boost your performance, according to one study, is taking 15 minutes at the end of every workday to jot down some reflections.

You’re able to help others without burning out

Wharton psychologist Adam Grant’s 2013 bestseller, “Give and Take,” introduced the concept of “givers,” or people in the workplace who help facilitate others’ success.

Grant says givers are most likely to excel at work — but only if they know how to give effectively. For example, you might schedule a block of time for helping coworkers, so you’re not constantly getting interrupted and sidetracked. Or, you might give in ways that align with your goals and your organization’s.

In “Give and Take,” Grant cites the example of Kat Cole, president and COO of Cinnabon, who started out as a Hooters waitress and ascended the ranks through giving behavior. Whenever someone was needed to cover a shift for another server or even a chef, Cole would step up to the plate. Eventually, she had served in so many different roles that she was selected to help open Hooters restaurants abroad.

Read more: 11 tiny daily habits that are wasting your time — even if you don’t notice you’re doing them

People are trying to network with you

Grant says networking alone won’t help you get ahead in your career. While it’s certainly helpful to form relationships with people in your industry, a better bet is to work as hard as possible and let those relationships form naturally.

Writing in The New York Times, Grant says he learned this concept the hard way: “I once emailed an entrepreneur I admired and got nothing in response. Some months later he contacted me out of the blue, with no memory that I had tried to get in touch before. He had attended a talk I gave and wanted to meet — now he had proof that I could add value.”

That is to say, when you notice people trying to learn from your expertise, you know you’re on the path to success.