Everything You Need to Know About Meghan Markle’s Engagement Ring 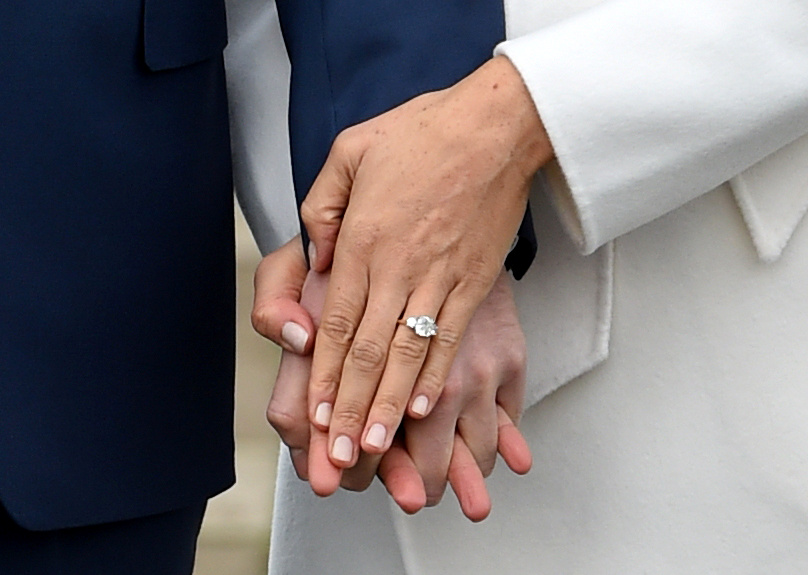 While all of America was getting over their Turkey hangover this weekend, Prince Harry proposed to his girlfriend Meghan Markle.

The custom engagement ring features a trio of diamonds. The center stone is from Botswana, a country where the couple has spent some time together. That diamond is flanked by two diamonds from Princess Diana’s personal collection.

The stones were set on a gold band made by the Queen’s jeweler, Cleave and Company, which was designed by Harry himself, according to The Hollywood Reporter.

The two announced their engagement today at the Kensington Palace memorial sunken garden, which was dedicated to Princess Diana earlier this year on the 20th anniversary of her death.

Without knowing anything about the carat-size of the diamonds, the value of the ring is currently unknown. Bustle reports Prince William proposed to his wife in 2010 with a 12-carat sapphire ring surrounded by 14 smaller diamonds that belonged to Diana. That ring was estimated to cost around 30,000 pounds, but be worth over $1 million thanks to its royal connection.

Given that Markle’s ring is also a one-of-a-kind piece using diamonds from Diana’s royal collection, experts suggest that it will likely be valued as much as the ring Willian gave Kate, if not more.

If you’d like to feel like a royal for the day, The Sun notes that British catalog retailer Argos sells a very similar looking ring with prices starting at £32.99 or about $40.