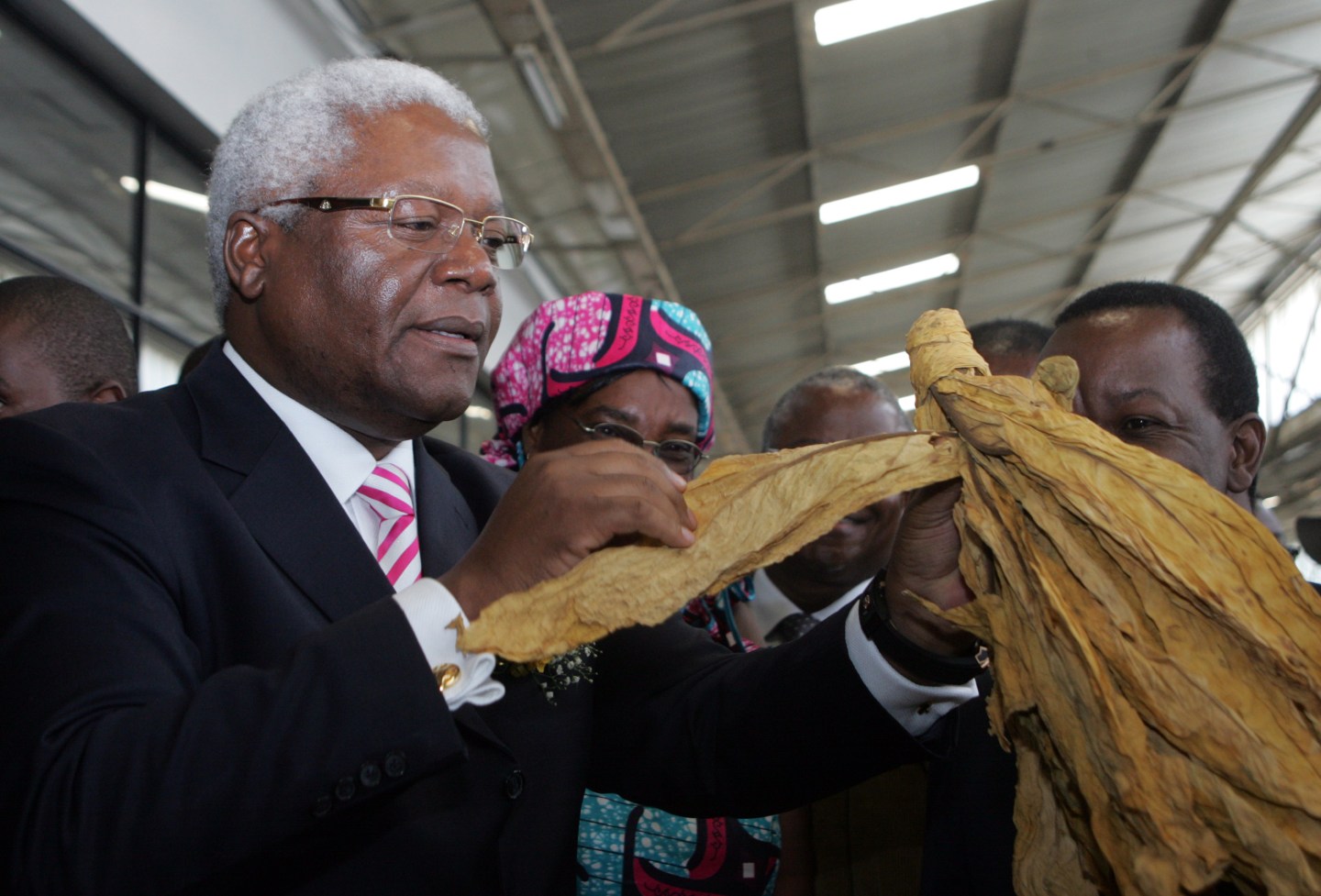 (HARARE) – Former Zimbabwe finance minister Ignatius Chombo, among those detained by the military when it seized power before Robert Mugabe resigned, was charged on Saturday with three counts of corruption in offences that allegedly occurred more than a decade ago.

This was Chombo’s first public appearance since being detained almost two weeks ago after the military launched “Operation Restore Legacy”, which it said was meant to remove “criminals” around ousted president Mugabe.

Several members of a group allied to Mugabe and his wife Grace were detained and expelled from the ruling party, including Chombo, the ousted head of the influential ZANU-PF youth league Kudzanai Chipanga and a deposed leader in the party’s youth wing, Innocent Hamandishe.

Some supporters of new President Emmerson Mnangagwa have been calling for unspecified action against the so-called G40 group that backed Mugabe and his wife. Chombo, Chipanga and Hamandishe were allied to the G40.

Before his inauguration, Mnangagwa on Thursday urged the country’s citizens not to undertake any form of “vengeful retribution”.

Chombo was charged with attempting to defraud the Zimbabwean central bank, among other offences allegedly committed in 2004, the state prosecutor said.

Chombo was local government minister at the time.

He was not asked to enter a plea at this first court appearance and the state asked the court to remand him in custody until his trial on Dec 8. Chombo showed no emotion while the charges were read out.

Chombo told the court that he was kept blindfolded for nine days after being arrested at his home on Nov. 15.

“Some force struck the door to the bedroom” where Chombo and his wife were, he said of his arrest.

“While we stood in the room, there rushed in between five and six people wearing masks and all of them had guns. The guns were pointing at us,” Chombo said.

Chombo’s lawyer, Lovemore Madhuku, said on Friday Chombo was admitted to hospital with injuries sustained from beatings he received in military custody.

Chombo did not say he was beaten, had no visible injuries and appeared calm, chatting with the police guarding him when the court took a break. He was dressed in a dark blue suit.

The police have said they had no information on Chombo when asked to comment.

A former university lecturer and Mugabe’s ally, Chombo was promoted in an October cabinet reshuffle from the interior ministry to the finance portfolio, against the backdrop of a severe hard currency shortage that has dealt a fresh blow to the southern African economy, which uses the U.S. dollar.

In his main act as new finance minister, Chombo told parliament on Nov. 9 that Zimbabwe’s budget deficit would soar to $1.82 billion or 11.2 percent of gross domestic product this year from an initial target of $400 million.

Chipanga appeared at the court to face charges of making statements aimed at undermining public confidence in the defence forces. Hamandishe faced six counts of kidnapping and one of publishing falsehoods and was detained in custody until Dec. 8.

Mugabe’s fall after 37 years in power was triggered by a battle to succeed him that pitted Mnangagwa against Mugabe’s much younger wife Grace, who is 52.

Mnangagwa, 75, the former vice president sacked by Mugabe this month, was sworn in as president on Friday.

The 93-year-old Mugabe, who had led Zimbabwe from independence in 1980, stepped down on Tuesday after the army seized power and the ruling party turned against him.

On Friday, Zimbabwe’s Judge President George Chiweshe nullified Mugabe’s decision to fire Mnangagwa as his deputy – a move that triggered the military intervention.

In his inauguration speech, Mnangagwa laid out a grand vision to revitalise Zimbabwe’s ravaged economy and vowed to rule on behalf of all the country’s citizens.

The main opposition, the Movement for Democratic Change (MDC), said Mnangagwa’s speech “sounded like he was reading from the MDC policy documents”, it said in a statement.

“As a party, we are flattered to note that President Mnangagwa seems to have radically departed from the usual ZANU-PF drivel such as hate-filled language, empty sloganeering and the rabid promotion of racism and retribution against perceived political foes, both domestically and internationally,” it said.

The MDC demanded concrete action to investigate human rights abuses, steps to tackle corruption, plans for free and fair elections next year and assurances that the military would return to their barracks and stay out of politics.

In the early hours of Saturday, armoured vehicles and soldiers that had been stationed outside government buildings, parliament and the courts returned to Inkomo Barracks outside Harare, one of the soldiers manning the vehicles said. (Additional reporting by MacDonald Dzirutwe; Writing by James Macharia; Editing by Dale Hudson)