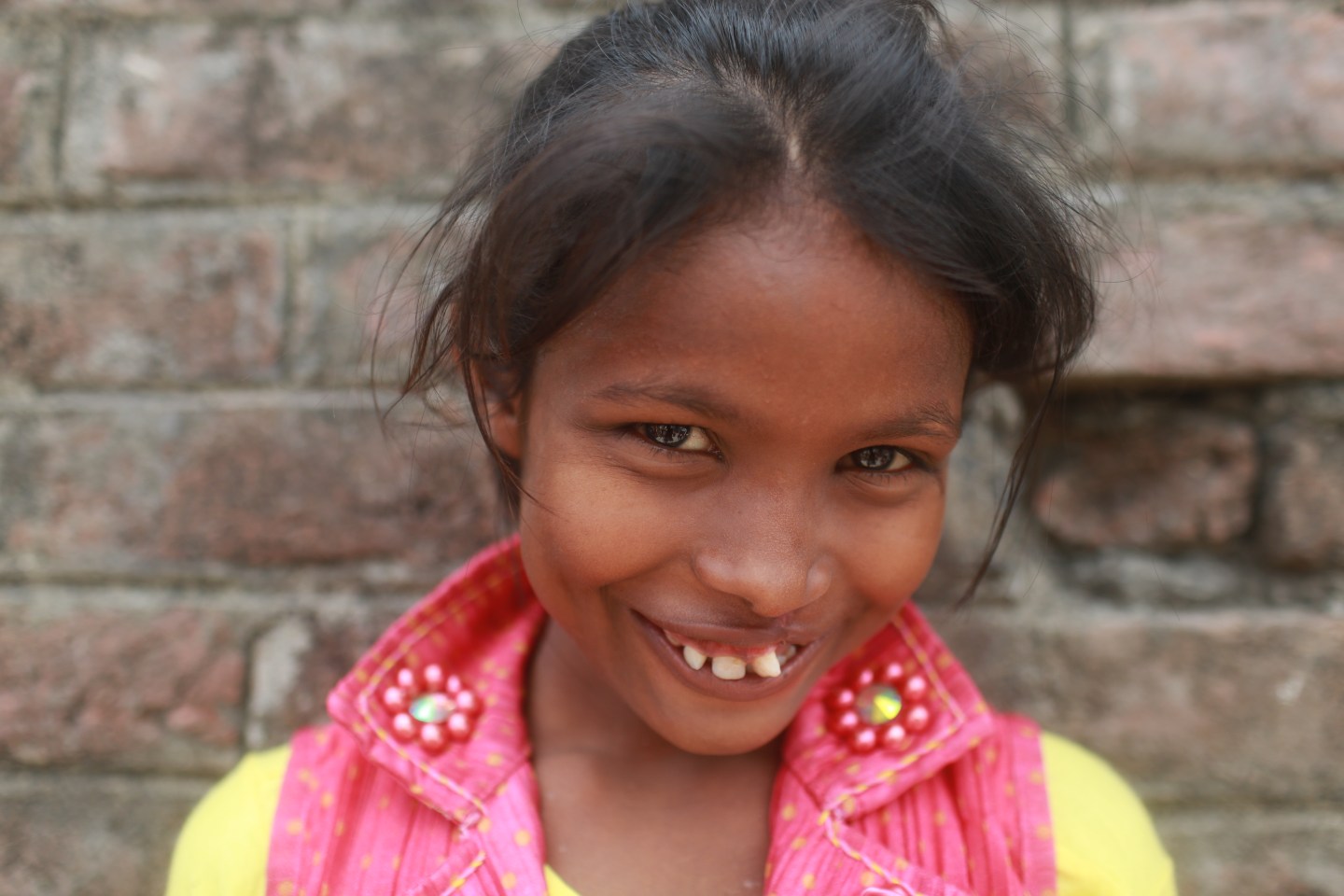 One VR production by nonprofit Smile Train follows the journey of young Nisha (pictured) as she leaves her remote village for surgery and the exuberant joy she experiences post-operation upon her return.
Courtesy: Smile Train

Nonprofit organizations refer to the end of the year as the Giving Season. According to GuideStar, the holiday spirit results in more than half of all charities surveyed receiving the majority of their donations in the fourth quarter. While individual Americans donate over $258 billion per year to charitable causes, many organizations have been challenged to emotionally connect with potential donors through traditional video outreach campaigns. With global virtual reality users expected to top 170 million people next year,

VR has opened a new frontier in fundraising by immersing potential donors in faraway worlds and situations that are often difficult to empathize with or imagine. The emotional impact of VR has proven to increase awareness, evoke empathy and elicit action. According to Facebook’s Shifts for 2020: Multisensory Multipliers report, 48% of virtual reality charity content viewers were likely to donate to the causes they experienced. These supporters were also likely to donate more than those engaged by other forms of media.

In his TED Talk, VR filmmaker Chris Milk proclaimed that virtual reality is “the ultimate empathy machine.” Adding,“[VR] connects humans to other humans in a profound way I’ve never before seen in any other form of media, and it can change people’s perception of each other.” Milk worked with the United Nations to produce Clouds Over Sidra, a VR production that let’s Oculus Rift users share the experience of a 12-year-old girl living in a Syrian refugee camp. The VR film, which was shown at UNICEF’s annual fundraising conference helped to raise $3.8 billion; with one in six people donating after experiencing the virtual reality documentary—twice the charity’s normal rate. The critically acclaimed project worked because it instantly evokes a strong emotional response in viewers’ hearts and brains.

Brain imaging studies at Peking University highlight VR’s ability to directly impact the neural substrates in the brain associated with pain and empathy. Using functional magnetic resonance imaging (fMRI), Xiaosi Gua and Shihui Hana induced increased activation in the ACC/paracingulate and the right middle frontal gyrus by having subjects look at painful images in VR. In essence, the total immersion of the medium tricks human brains into actually feeling the virtual experience. Another study of VR’s empathetic powers by Stanford University’s Jeremy Bailenson showed that participants were twice as willing to help a color-blind person when they experienced seeing the world through reduced pigment vision. According to sociologist Roman Krznaric, empathy is produced two ways: through proximity and shared experience. VR technology provides an instantaneous vehicle for literally having people see the world from another person’s perspective.

The nonprofit Smile Train, which provides free cleft surgery and care to hundreds of thousands of children in developing countries, created VR experiences that immerse viewers into the lives of children with clefts in India. By experiencing, even for a brief moment, the stares of others and the struggles faced by these children, donors gain a visceral understanding that the birth defect is more than a cosmetic issue. One VR production follows the journey of young Nisha as she leaves her remote village for surgery and the exuberant joy she experiences post-operation upon her return. The intimacy of being with the child in her home creates a one-on-one experience that culminates in Nisha sharing “When I walk down the street, strangers no longer stare.”

“The reality is that when an organization’s work takes place overseas and in the developing world, the general public has a harder time fully grasping the change we’re driving. By being able to witness firsthand the positive impact we’re making on the lives of our patients, supporters may be even more so inclined to support us on our journey,” Smile Train CEO Susannah Schaefer explained to me.

A 2017 Nielsen study comparing the effectiveness of 14 pieces of charity VR content with traditional online videos found that 84% of VR viewers demonstrated brand recall of the charity, compared with only 53% of those who viewed embedded video advertising. The most affected metric in the study was recommendation intent, with over half (51%) increasing their likelihood to recommend the charity.

With VR having such a positive impact with potential donors, nonprofits have created a wide range of immersive experiences, from Oxfam’s 360 experience of searching for clean drinking water in Kenya to Conservation International’s exploration of the Amazon‘s fragile canopy.

Sometimes, the most moving VR experiences hit much closer to home. With over 25% of veterans admitting to having suicidal thoughts, British Veteran’s charity SSFA created a VR experience highlighting the struggle of isolation service men and women experience after they transition back to civilian life. To help combat the growing homelessness crisis facing US cities, the nonprofit Backonmyfeet.org created a VR movie which takes users on a run through Los Angeles Skid Row with those using exercise as a vehicle for positive change. In each instance viewers experience a life different than their own and are shown how they can make a difference with their actions.

The digital revolution has made such a positive impact on our lives that we often forget the challenges still faced by so many men, women, and children around the world. Thanks to the power of technology, perhaps this holiday season we can all utilize virtual reality to make a positive impact on those in the real world.

Jay Samit is independent vice chairman of Deloitte’s Digital Reality practice and author of the bestselling book Disrupt You!