Commentary: A New Electric Truck? Tesla Should Stick to Cars. 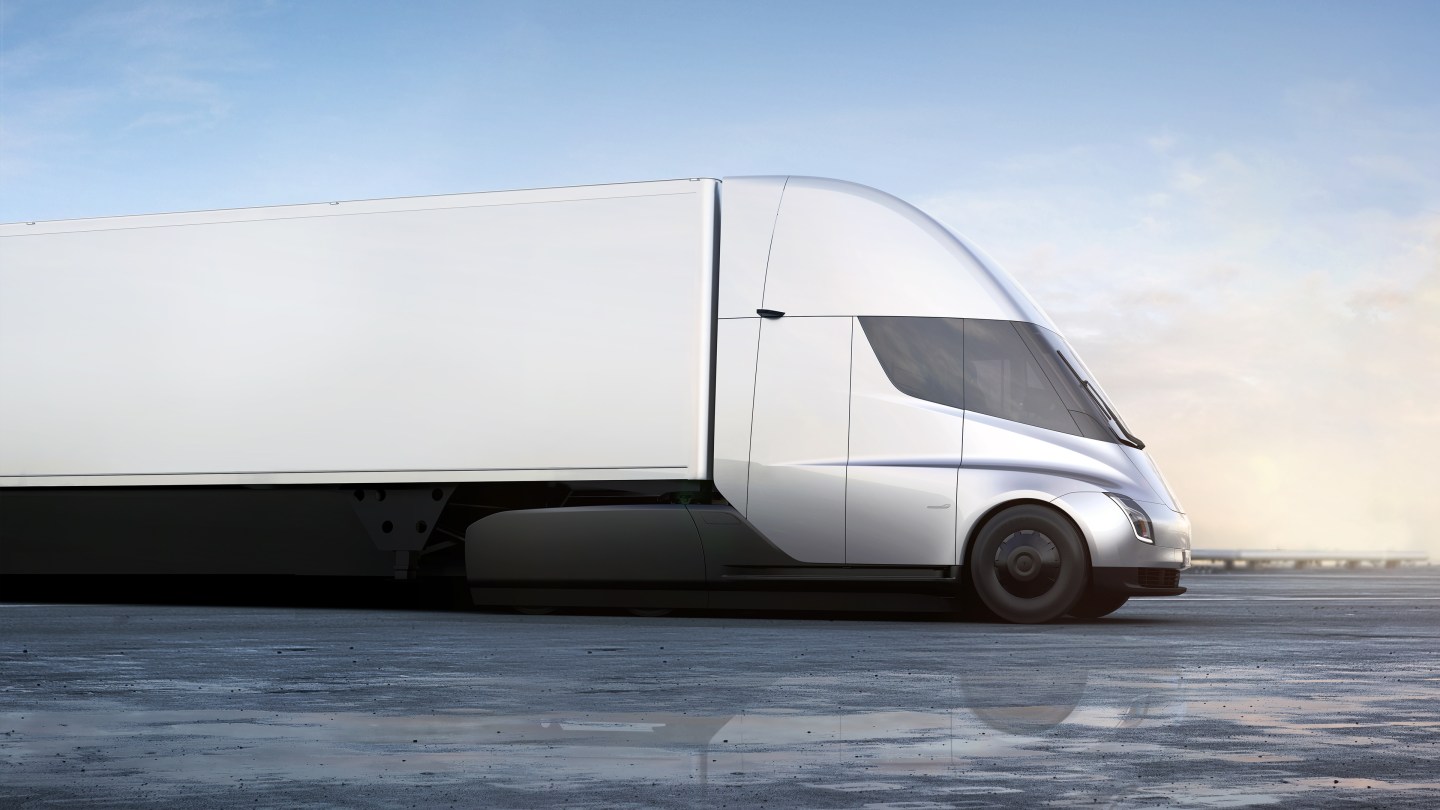 Last week, Tesla unveiled a prototype of an electric, semi-autonomous truck that is set to enter production in 2019. But the company’s foray into the commercial truck space is unlikely to be a game changer for the cost-sensitive big rig market.

Tesla brings brand value to those who can afford it, but most companies will ask whether the brand is worth it.

The internal economics look challenging. If the Tesla truck could make more trips in a given period or arrive an hour earlier, customers may be willing to pay extra for better service. But few things shipped by semi-trucks are time-sensitive, so customers are unlikely to agree to a Tesla brand premium, and thus higher transportation costs.

One thing acting in Tesla’s favor is the distinctive truck design. Companies may be eager to flout their green credentials by having their merchandise hauled by Tesla trucks. This might be the reason Walmart (WMT) and Canadian supermarket chain Loblaw have already placed orders for the new vehicles. It is also true that autonomous driving technology will lead to genuine efficiencies in the industry through platooning, remote operation, or full automation.

However, these advances, in addition to plug-in hybrid technology, could be applied to the existing truck stock. There seems little reason for Tesla to manufacture its own skeleton to house its fuel-cell technology when truck chassis are already in mass production at a lower cost.

Other companies might progress faster in bringing zero-emission trucks to market, simply because they are opting not to reinvent the wheels that lie between the drivetrain and the tarmac. The recent application of Toyota’s hydrogen fuel-cell technology, housed in Kenworth semis, demonstrates how this partnership model could proceed.

It is undeniable that the new Tesla (TSLA) trucks have an array of impressive features, but many of these seem odd when viewed in the context of driverless technology. Much of last week’s launch presentation was spent on the new cabin design and safety features: Drivers can stand up in the cockpit; the trucks have a low center of gravity, which reduces the possibility of rollover; and there’s a mechanism that will alert relevant parties that the driver is non-responsive. The trend toward ever-greater automation, however, may render these capabilities redundant if the driver is removed from the vehicle entirely and replaced by a robot or a remote operator. The cabin headspace could instead have been used to provide extra battery capacity.

At this point, it seems the new truck will benefit humanity and other road users, while truckers will see little impact on the bottom line.

With impressive acceleration capabilities, Tesla truckers will be able to burn off sports cars at the lights and power up steep inclines at highway speeds fully laden. This will enable them to get to the half-hour recharge station several minutes before rival diesel drivers reach the adjacent gas pump.

Zero-emission haulage would be great for the environment, but everyone benefits equally if air quality or greenhouse gas levels are improved. This benefit is the primary argument behind subsidies offered by governments around the world. To reach the socially optimal rate of electric vehicle adoption, the external benefits enjoyed by everyone must be priced somewhere into the equation. Tesla seems willing to launch its truck without the prospect of a subsidy, which means it must live or die based on the economics of the potential owner considered in isolation.

Tesla has produced what looks like a wonderful machine for the environment and much safer for soon-to-be-redundant truck drivers. But with production of the new trucks not set to begin until 2019, and taking into account the prevailing problems with the Model 3 production line, it may be years before we see these vehicles on the road, if at all in their current form. In the meantime, Tesla will face stiff competition from existing industry players who are already well advanced in the development and implementation of new zero-emission truck designs.