Commentary: Should We Really Be Surprised to Hear About Sexual Harassment on Capitol Hill? 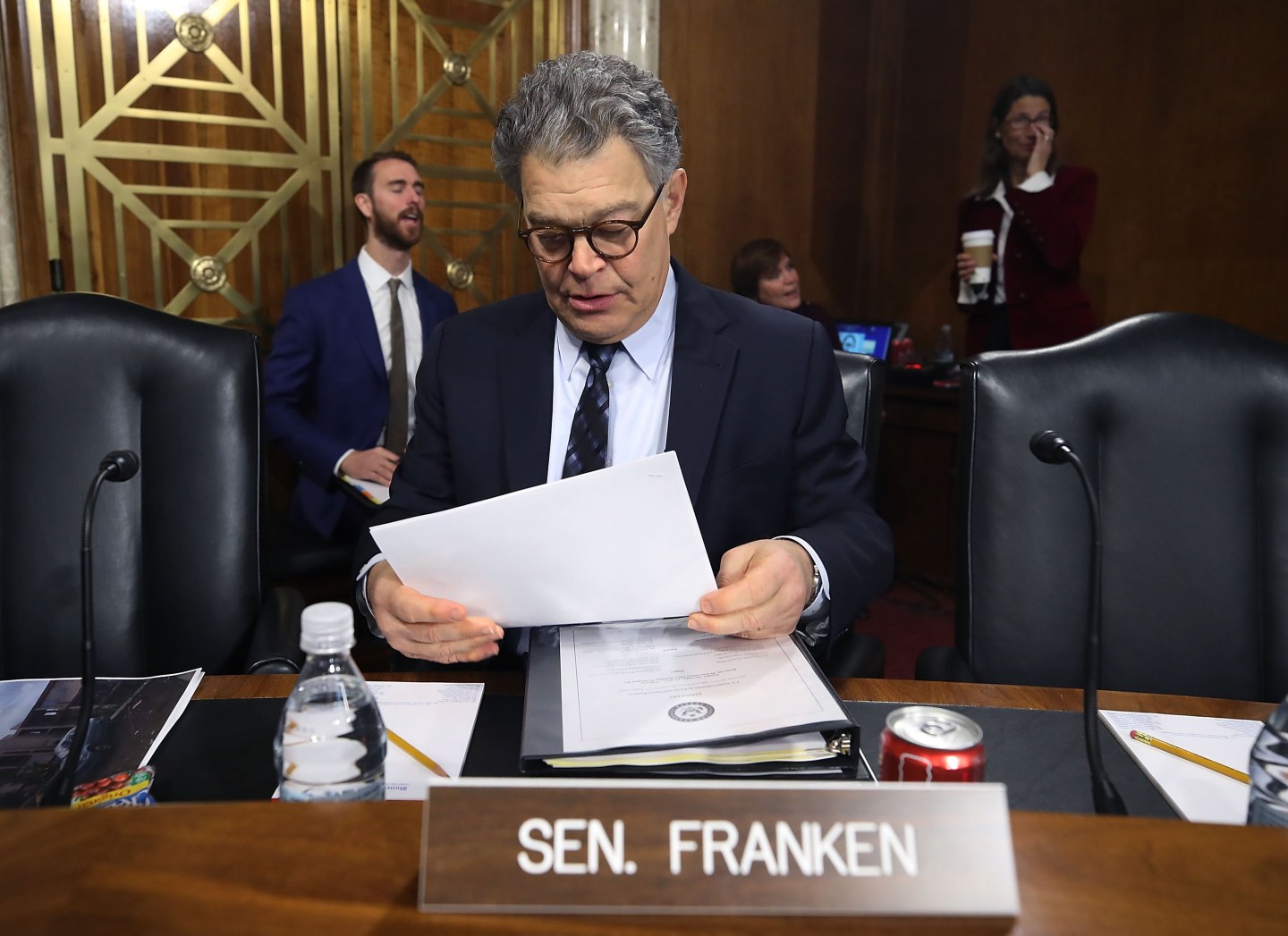 Listening to NPR the other morning, I heard a usually “on point” Tom Ashbrook fumble for words to describe the picture of Leeann Tweeden, a journalist covering a USO tour in 2006, asleep in a chair in front of a leering, breast-grabbing Al Franken. Ashbrook describes Franken “sort of appearing, this Leeann, uh, was, uh, sleeping, and Leeann Tweeden, and he’s sort of, I don’t know if he’s just clowning or what, he’s got his hands over her breast and she’s asleep on an airplane, or above her breasts, or her chest anyway…” In his clumsy formulation, Ashbrook sounded desperate to articulate a line between “clowning” and sexual assault that Franken, now the junior senator from Minnesota, may or may not have crossed.

If we can learn anything from the long-overdue public conversation about our culture of sexual predation, it’s that it crosses every line. Whether left/right, blue collar/white collar, Democrat/Republican, religious/secular, gay/straight, no side can claim innocence here. So the expression of shock and dismay that usually accompanies these stories strikes me as disingenuous. When Donald Trump characterized his bragging about sexually assaulting women as “locker room banter,” he was right: Lots of men talk like that with one another about women. And lots of men laugh along or remain quiet. We are right to be equally troubled by Billy Bush on that infamous tape, chortling his approval to Trump to signal that he, too, is one of the guys.

The predictable expressions of surprise about such deep-rooted, prevalent behavior is part of the problem. When viewers of Matthew Weiner’s hit series Mad Men say it’s hard to believe sexism in America was ever that bad, and describe sexism as if it were a thing of the past, I find myself entertaining two responses. First, I envy the innocence of a viewer who must have been born after the Clinton presidency and been raised on YouTube instead of CNN or Fox News. But second, I ask, are we really that naïve? Aren’t too many of us really Billy Bush, complicit in our laughter or our silence? And now, sadly, Matt Weiner joins the list of the accused.

Still, to understand the long-pervasive culture of sexual harassment as innate to the male sex would be a mistake, even if the offenders are male and most victims are female. Offenders are absolutely responsible for their actions, but we also need to examine a global culture that equates masculinity with a predatory sexuality of conquest, femininity with a sexuality of seduction and submission, and normality as acceptance of this status quo. Changing that culture requires all of us to celebrate women and men whose sexuality is based on healthy consent rather than hetero-normative coercion, wherever they may live. It means acknowledging the damaging costs of predatory masculinity to all.

Should Franken resign? For purely political reasons he shouldn’t, so long as the investigation doesn’t uncover more abuse. He can make up for his behavior through meaningful legislation. By the same token, if Alabama elects Roy Moore, that would give him the same opportunity to legislate accorded to Franken. The difference is that Franken has apologized, while Moore has shown no remorse. In a democracy, our representatives are a reflection of who we are collectively, not an aberration. The problem does not end with toppling a few figureheads, whose fall from grace will only become our alibi to express feigned shock that this has been going on forever.

The problem with sexual harassment is that the many lines it crosses are only as real as our willingness to see them and uphold them in our midst—and at the ballot box.

Daniel P. Reynolds is the Seth Richards Professor in Modern Languages at Grinnell College in Iowa.