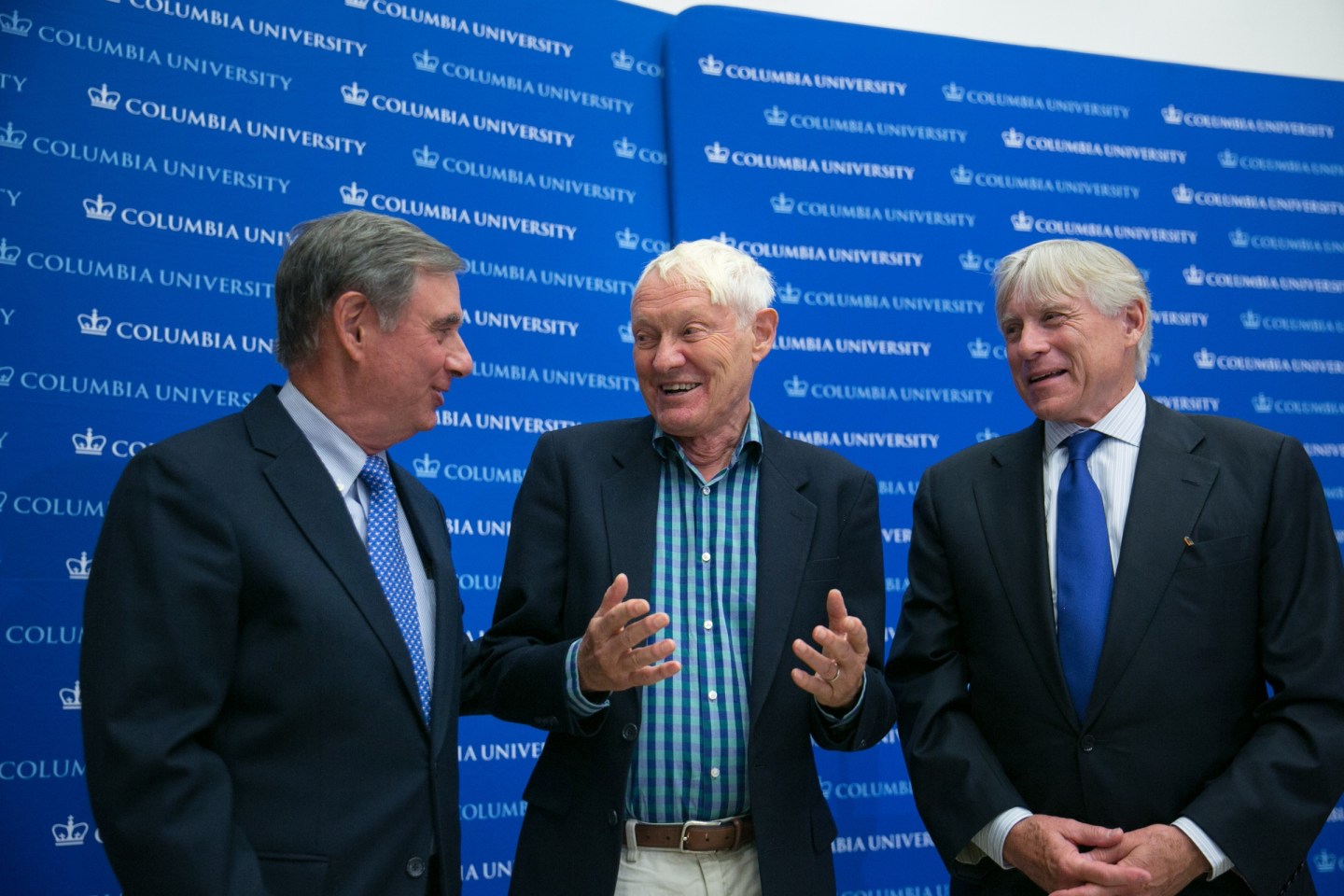 NEW YORK, NY - OCTOBER 4: Dr. Joachim Frank of Columbia University speaks during a press conference after being awarded the Nobel Prize in Chemistry on October 4, 2017 in New York City. Frank and researchers Jacques Dubochet and Richard Henderson were awarded for developing a technique called cryo-electron microscopy (cryo-EM), which simplifies the process for looking at the machinery of life. (Photo by Kevin Hagen/Getty Images)
Kevin Hagen Getty Images

Bucking precedent, Donald Trump won’t be meeting with American Nobel prize winners on Tuesday night due to what the White House cites as travel conflicts stemming from the president’s ongoing Asia trip, STAT News reports. But some of the Nobel laureates aren’t exactly sweating it.

“I will not put my foot into the White House as long as Trump, [Vice President Mike] Pence, or [House Speaker Paul] Ryan (i.e., the possible succession of impeachments) will occupy it,” 2017 Nobel Prize winning physicist Joachim Frank told STAT in an interview, adding that he feels “very relieved” there’s no chance he’ll be meeting Trump at an event honoring American Nobel Prize winners at the Swedish embassy in Washington on Tuesday. “I cannot speak for the others; don’t know them personally yet, but I strongly believe that as thinking intelligent people they will have a similar attitude as I.”

Frank was among the 2017 Nobel Prize winners class for his work in chemistry, recognized for helping launch a medical imaging effort credited with making it easier to picture the biomolecular building blocks of life. He was awarded the Nobel in chemistry alongside the U.K.’s Richard Henderson and Switzerland’s Jacques Dubochet. At least one other Nobel Prize winner from this year told STAT they wouldn’t meet with Trump at a White House event even if invited.

Presidents have, with rare exception, met with Nobel Prize winners in events honoring them for the past two decades. On Tuesday, Michael Kratsios of the Office of Science and Technology Policy will attend the event honoring the American Nobel Laureates; most are expected to attend.

Trump’s position rejecting the theory of manmade climate change—endorsed by the overwhelming majority of the scientific community—and proposed funding cuts to science, public health, and biomedical research agencies has put him at odds with a number of prominent academics. Most notably, scientists across America orchestrated a “March for Science” to protest Trump administration policies in the spring.