Elon Musk Made a Surprise Appearance at a Marine Corps Event 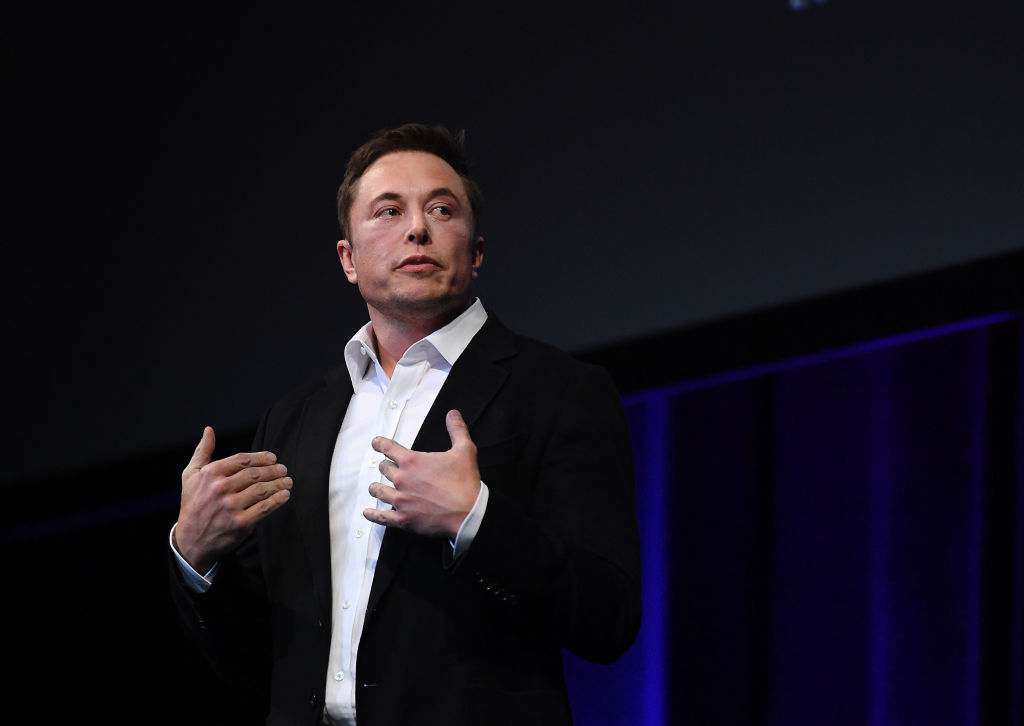 The 1st Marine Raider Battalion out of Camp Pendleton, California, is comprised of elite Marines under the command of Marine Corps Special Operations Command (MARSOC), the Marine Corps’ expeditionary force that typically operates in austere conditions.

Musk was invited to the event as a guest of honor because the Raiders wanted an “equally innovative” keynote speaker to honor the battalion on its birthday, a former Marine Raider commander who asked not to be named, told Business Insider. Around 400 people attended, including World War II veterans and Gold Star family members, the Marine Raider said.

Read more: What Jeff Bezos, Elon Musk, and 23 other highly successful people were doing at age 25

Like other branches of the military, formal military events are steeped in deep tradition. The Marine Corps, however, pride themselves in being a distinct group from the other branches, and their customs were reportedly noticed by Musk.

“You can tell he was a little nervous,” said Joe Musselman, the CEO of The Honor Foundation. “He was walking alongside the commanding officer of the 1st Raider Marine Battalion. You have this polished officer who’s walking in step to very traditional music.”

Musselman was invited to the event as the CEO of an organization that supports veterans.

As the Marine Raiders brought out a celebratory cake, the commanding officer of the battalion reportedly drew a sword.

“Elon kind of stepped back like, ‘Whoa, what’s going on. Why did you draw your sword at me,'” Musselman said.

The officer proceeded to serve Musk with the first piece of cake, using his sword to set it onto Musk’s plate.

“That’s intimidating for any person,” Musselman said. “A Marine Raider just served [Musk] a piece of cake off his sword. I don’t know if that was necessary in the scripts or the notes for Elon to review beforehand.”

As the guest of honor, Musk reportedly delivered the opening statement that appeared to make an impact to the group of elite Marines.

“I will never forget it; it set the tone for his entire talk,” Musselman said. “He said, ‘I wanted to come and speak to this group,’ and I get the chills even saying it, ‘Because whenever there’s danger in the world, you all are the first to go and die.”

Musk continued to say he had a great amount of respect for their service to the country, according to Musselman.

Read more: 21 of the most and least loved top CEOs

“And the whole room, you could’ve heard a pin drop,” Musselman said. “When he said that, the way he said it, it wasn’t prepared, there was no script. He was genuinely looking up in the air to find the words to say ‘Thank you for doing this for our country.'”

Following the speech, Musk offered some lessons he’s learned throughout his career in the Silicon Valley. One particular lesson he reportedly said was to always question authority — a trait that could be seen as counterintuitive to the military’s doctrine of strict obedience.

One Marine was said to have made light of the discrepancy, shouting, “You’re in the wrong room for that, sir,” and drew a few laughs.

Musk went on to discuss his companies’ involvement in the veteran community and emphasized Silicon Valley’s need for leadership and talent from veterans.

Read more: Elon Musk doesn’t have a desk at the office and has slept on the floor of his factories

“It was quite a treat for us to have Mr. Musk,” the former Marine Raider commander said, “He [recognized] Marines and sailors would be one of the first ones in harms way.”