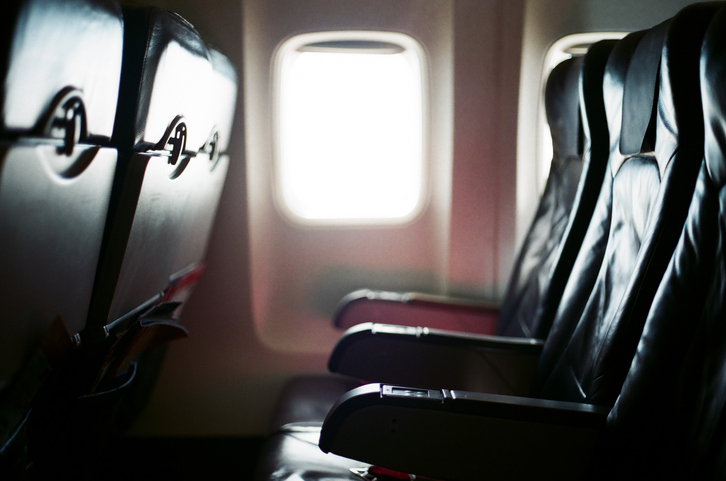 Blogger Gilbert Ott is an expert at finding cheap flights, scoring first class flights, and jaunts on private jets using air miles — but he also knows about how to make an economy flight feel a little more luxurious.

There’s even a trick he uses to get the best seat in economy class — and it’s given him an entire row to himself on more than one occasion.

The God Save The Points blogger uses an app called ExpertFlyer, which he told BI “allows you to set seat alerts and play ‘musical chairs’ every time someone moves out of an assigned seat.”

Read more: The worst days to travel around Thanksgiving

In a blog post for God Save The Points, Ott wrote that the app “allows users to view up-to-the-moment seating charts and, better yet, allows users to set alerts for when and if their ideal seat pops up.”

“A smart flyer (which you clearly are) sees the cabin as a game of musical chairs,” he said. “If the best seat in the house is available immediately — book it. If not, get the next best available seat — and set free alerts on ExpertFlyer for any and all the seats you’d prefer. By doing so, you can keep improving up until final boarding.

“Once everyone else has settled their fate, you can often stand in the boarding line with your app open seeing if final seating assignments have created any opportunities — like an entire row to yourself. It really does happen.”

Read more: 8 places in the US that will pay you to move there

Ott is currently holding a competition — called Catch Me If You Can — where he promises to give up his business and first class seats for the rest of the year to anyone who can find him at an airport.

Someone recently caught him at the airport, and he had to give up his business class seat — but using ExpertFlyer he got an entire row to himself and “still had a ‘flatbed.'”

He said using the app is “all about execution” — and there are a few things to keep in mind when you use it. Here are his secrets:

1. Figure out the best seats on your flight early on.

“Use SeatGuru to get feedback on each plane,” Ott said.

Read more: 50 cities around the world everyone should travel to alone

3. Watch the seat map after check-in.

“There’s nothing wrong with asking the gate agent if it’s possible to move to (insert seat number) just before boarding, or even perhaps during. And don’t forget, some airlines will even sell you a row.”