Kushner Plan to Tear Down Manhattan Skyscraper ‘Not Feasible’ 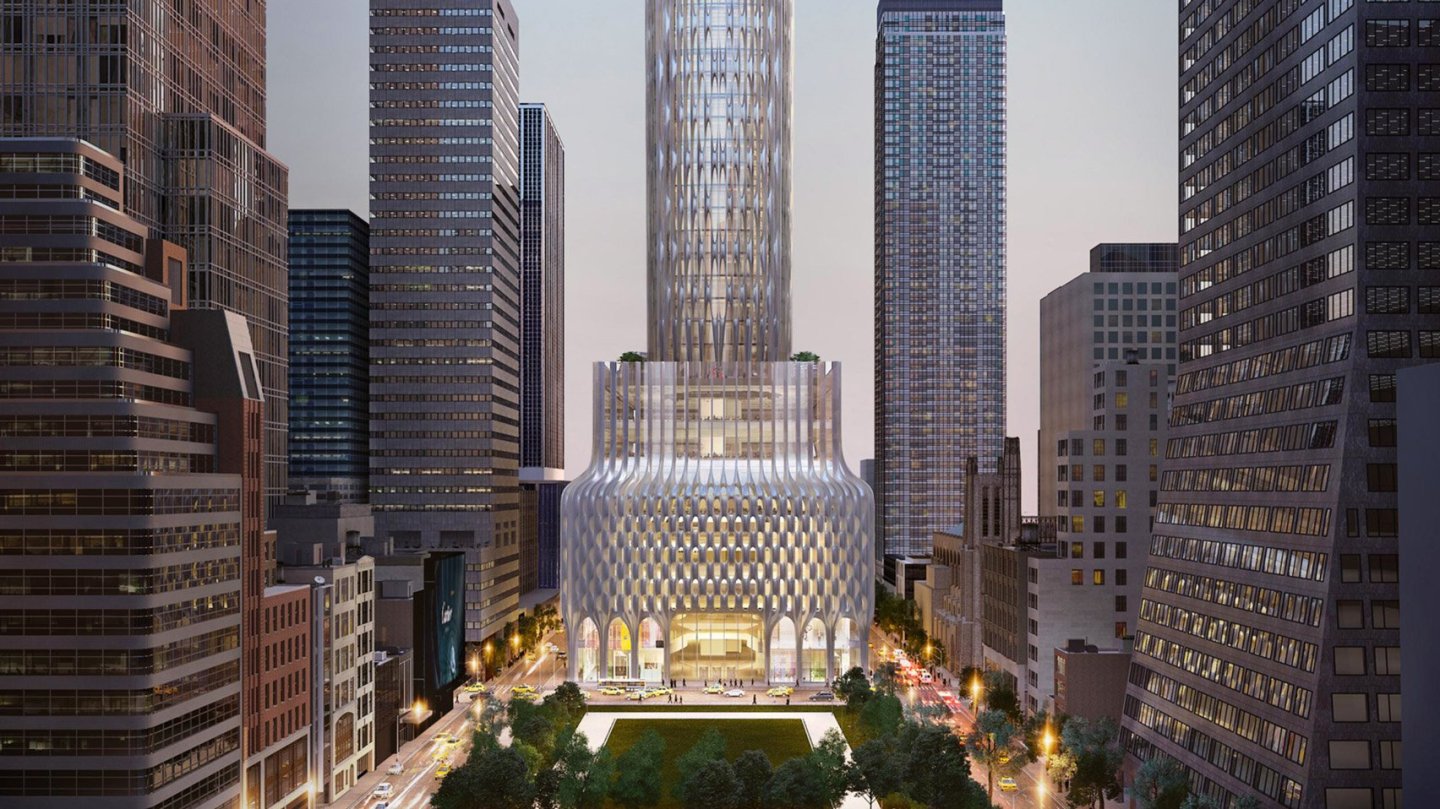 Kushner Companies have long wanted to save its debt-laden Fifth Avenue skyscraper by replacing it with one even bigger.

The building’s co-owner said this week that it’s not happening.

Steve Roth, chairman and CEO of Vornado Realty Trust, said during his company’s earnings call on Tuesday that rumors about tearing 666 Fifth Avenue down “and doing all manner of fairly grand development schemes” were “not feasible” and that the tower would “revert to an office building.”

That’s bad news for the family of presidential son-in-law Jared Kushner (who divested his stake in the building before working in the White House). The Kushners had hoped to raze the building, which it acquired a decade ago for $1.8 billion, and replace it with an 80-story structure designed by the firm of the late architect Zaha Hadid.

The current building sits a few blocks south of Trump Tower and is clad in aluminum per a 1957 design by New York architecture firm Carson & Lundin.

The Hadid designs called for a five-story retail mall, hotel, and condominiums. Kusher Cos. hoped to attract investors all over the world, from China to Qatar to France, to the reimagined tower in an effort to relieve a $1.2 billion mortgage due in February 2019. But a proposed deal with Anbang Insurance Group, which has ties to the Chinese government, fell apart.

Kushner, Vornado, and other lenders will likely now have to renegotiate that debt.