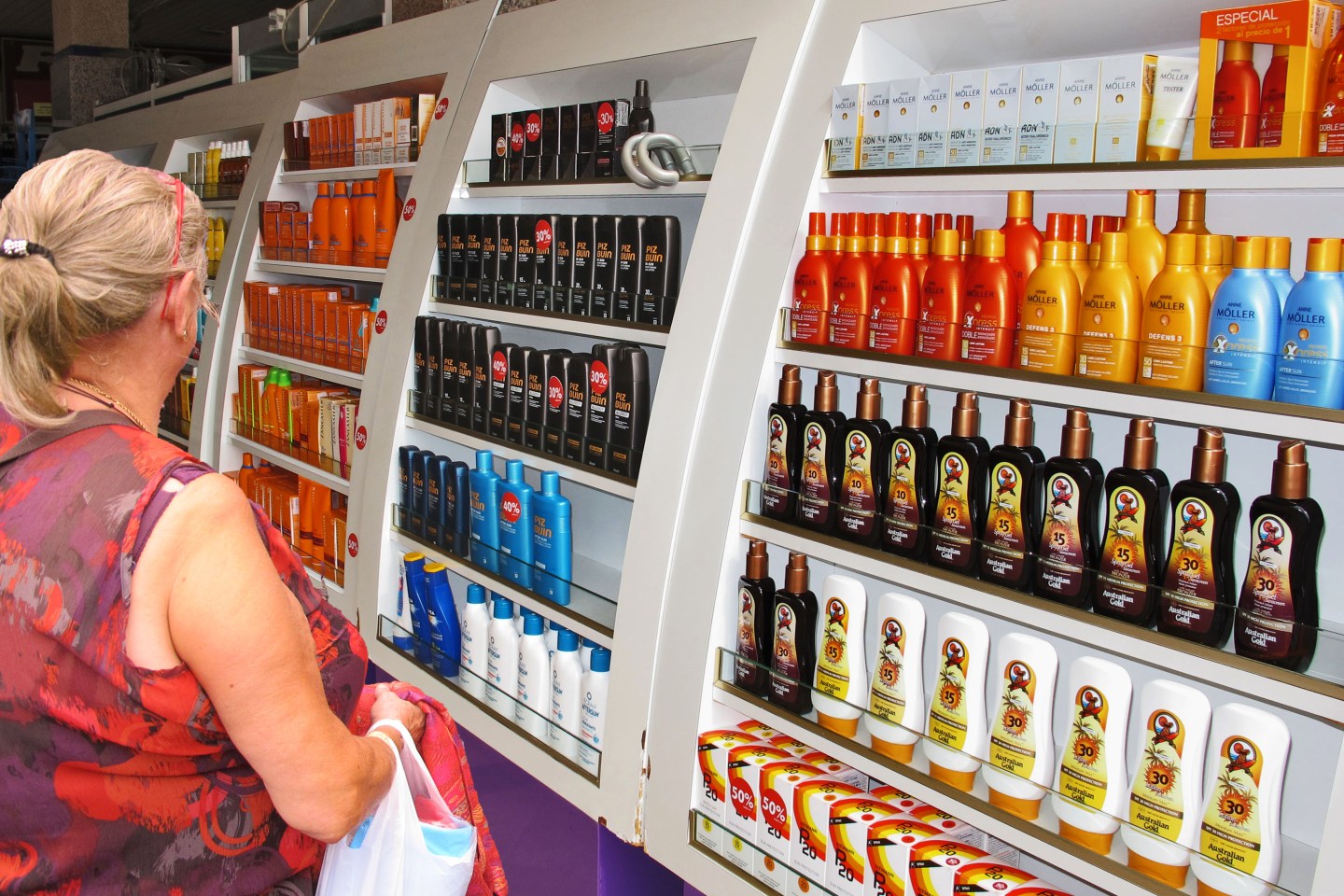 Salon reports that scientists at Penn State University studied the atmosphere of Kepler 13Ab and discovered that the planet’s atmosphere “snows” titanium oxide. Titanium oxide is a close relative to the UV-blocking component, zinc oxide, found in some of the strongest sunscreens used here on Earth.

You know, the heavy-duty sunscreens that seem to stain your skin white and reflect the sun back? Those.

That said, if you’re planning a planetary vacation you shouldn’t leave your sunscreen at home. Kepler 13Ab orbits very close to its parent star (closer than Mercury orbits earth’s sun). It’s also much larger and hotter than our sun. When facing its sun, the temperature on the planet can reach 5,000 Fahrenheit, past the temperature where many metals will turn to liquid.