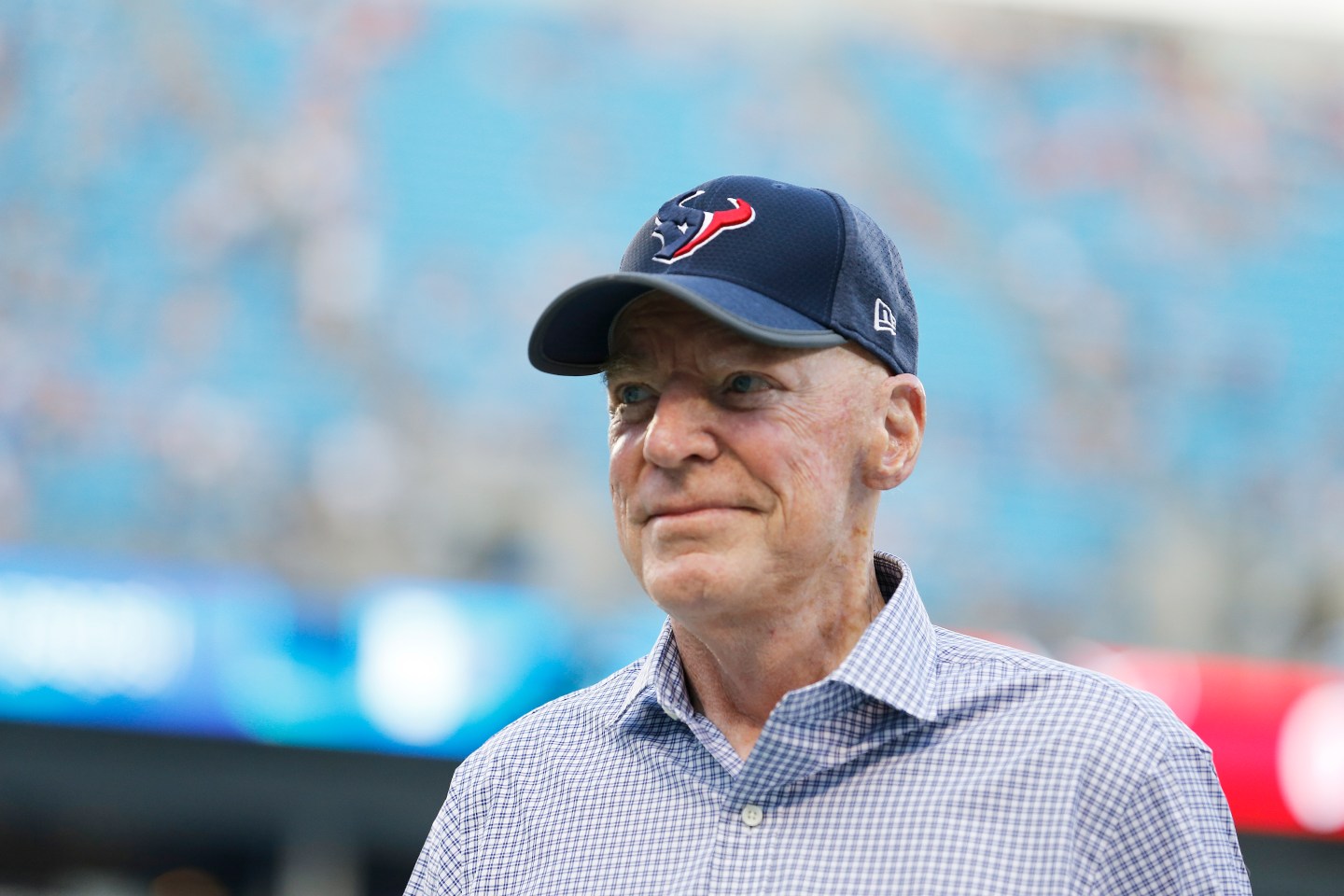 Houston Texans owner McNair walks on the field before the first half of an NFL preseason football game between the Carolina Panthers and the Houston Texans on Aug. 9, 2017, in Charlotte, N.C.
Jason E. Miczek — AP

A meeting Saturday night among Houston Texans players concluded with a decision to stage a major protest during the National Anthem at Sunday’s game against the Seattle Seahawks. The decision was triggered by Texans owner Robert McNair’s comment, made with regard to ongoing player protests, that “we can’t have the inmates running the prison.”

McNair has since apologized repeatedly for the comments, which were originally reported by ESPN. Players told ESPN today that as many as two-thirds of the team’s players will kneel during the national anthem, the gesture at the center of the protest firestorm. Players said they would not remove their team’s insignia or walk out of the game, two possibilities that had been floated earlier.

Referring to players as “inmates” was a particularly controversial moment for McNair, given the context of the protests. Beginning with quarterback Colin Kaepernick last year, players across the league have knelt during the anthem to draw attention to police brutality and racial oppression of African-Americans – oppression which some argue includes the disproportionate rate at which they are incarcerated in U.S. prisons.

McNair’s comments were made in the midst of intense efforts by owners to reach an agreement with players over the protests, and now appear to have seriously undermined those efforts. The protests have owners shaken because they have come along with a downward trend in the league’s TV ratings and are reportedly threatening to alienate major sponsors.

After a brief period when owners and league officials demonstrated a measure of solidarity with players against criticism from President Donald Trump, some in recent weeks have begun to lose patience with the situation. In early October, just a week after kneeling with his players before the anthem, Dallas Cowboys owner Jerry Jones threatened to bench players who knelt during it.

The Houston-Seattle game is set to begin at 4:05 U.S. Eastern Time.