The Senate Just Voted to Protect Banks. But It’s Actually a Win for You. 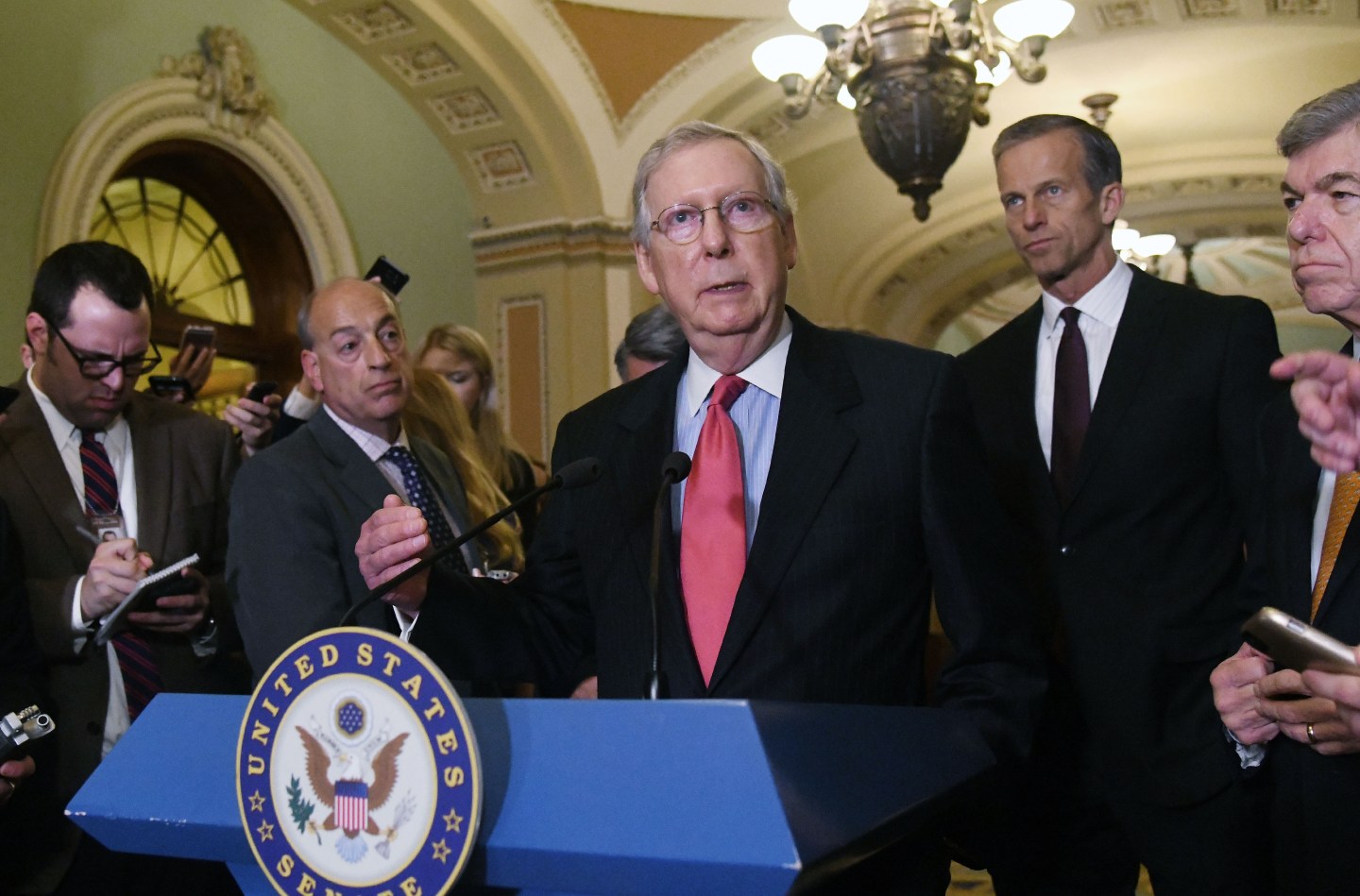 Senate Majority Leader Mitch McConnell, a Republican from Kentucky, speaks to members of the media after a Senate Republican policy luncheon at the U.S. Capitol in Washington, D.C., on Tuesday, Oct. 24, 2017. President Donald Trump asked Senate Republicans for a show of hands in support of potential nominees for chairman of the Federal Reserve as he took part in a lunch meeting Tuesday with the fractious caucus, two lawmakers said. Photographer: Olivier Douliery/Bloomberg via Getty Images
Olivier Douliery/Bloomberg via Getty Images

January 2017 marked the start of the first serious effort at federal deregulation in decades. Yet the massive pile of Dodd-Frank rules has remained largely untouched—until this week.

On Tuesday night, the Senate exercised its power under the Congressional Review Act (CRA) to repeal Dodd-Frank’s controversial arbitration rule, which would have banned many financial consumers from using arbitration to resolve disputes.

Supporters of the rule fought the repeal effort tooth and nail. Without the arbitration provision in place, they said, consumers would be helpless in the face of corporate fraud or malfeasance.

In the end, however, their alarmist tactics failed to convince. And rightfully so. The arbitration rule really never had anything to do with the Wells Fargo fraud case or the Equifax data breach.

The rhetoric of Sen. Elizabeth Warren (D-Mass.) notwithstanding, striking down this rule does not make it easier for banks to cheat people. With or without the arbitration rule, fraudulent behavior would still be illegal.

It is just as much the banks’ right to ask consumers to sign contracts with these clauses as it is consumers’ right to refuse. When this arrangement is a problem, bank customers can simply take their business elsewhere.

The Consumer Financial Protection Bureau (CFPB) appears to think it exists to protect consumers from themselves. But preserving mandatory arbitration clauses preserves business owners’ and consumers’ right to resolve disputes as they see fit. Though CFPB bureaucrats beg to differ, most people have recognized that arbitration allows them to come out ahead by avoiding class-action lawsuits, especially for small dollar disputes.

What was particularly disturbing about the CFPB’s ban on arbitration agreements is that the bureau’s own study does not support the action. And Dodd-Frank, the law that created the bureau, specifically directed it to limit or prohibit arbitration clauses only after a study provided evidence to support such actions.

Consider the portion of the CFPB study that deals with arbitration agreements in credit card contracts. Here, the CFPB asked consumers what they would do if their card company refused to remove wrongly assessed fees. A clear majority, 57% of respondents, said they would cancel their card; only 1% said they would seek legal advice.

More broadly, the CFPB’s own study shows that consumers recover, on average, $5,389 when using arbitration. Contrast that to the average $32.35 recovered when using class-action suits.

Class-action lawsuits are notoriously poor in producing satisfied customers. Many times, aggrieved consumers wind up with nothing more than coupons. The trial lawyers, on the other hand, collect enormous fees.

Based on its own study, the CFPB’s arbitration rule would have been a gift to class-action lawyers, allowing them to reap windfalls while their clients are left counting coupons.

At the very least, the CFPB’s evidence suggests that consumers are far less concerned about the issue than are professional regulators and members of the trial bar.

But the facts of the matter are clear. For consumers, arbitration is more cost-effective than using the courts. This explains why there has been no push by consumers to stop companies from using these arbitration agreements.

In repealing the CFPB rule, Congress did the right thing. It preserved the freedom to enter into contracts and ensured that well-connected trial lawyers can’t force customers to bear the high cost of class-action lawsuits. That’s real consumer financial protection, and striking down this rule was a victory for consumers.

Norbert Michel is the director of The Heritage Foundation’s Center for Data Analysis.