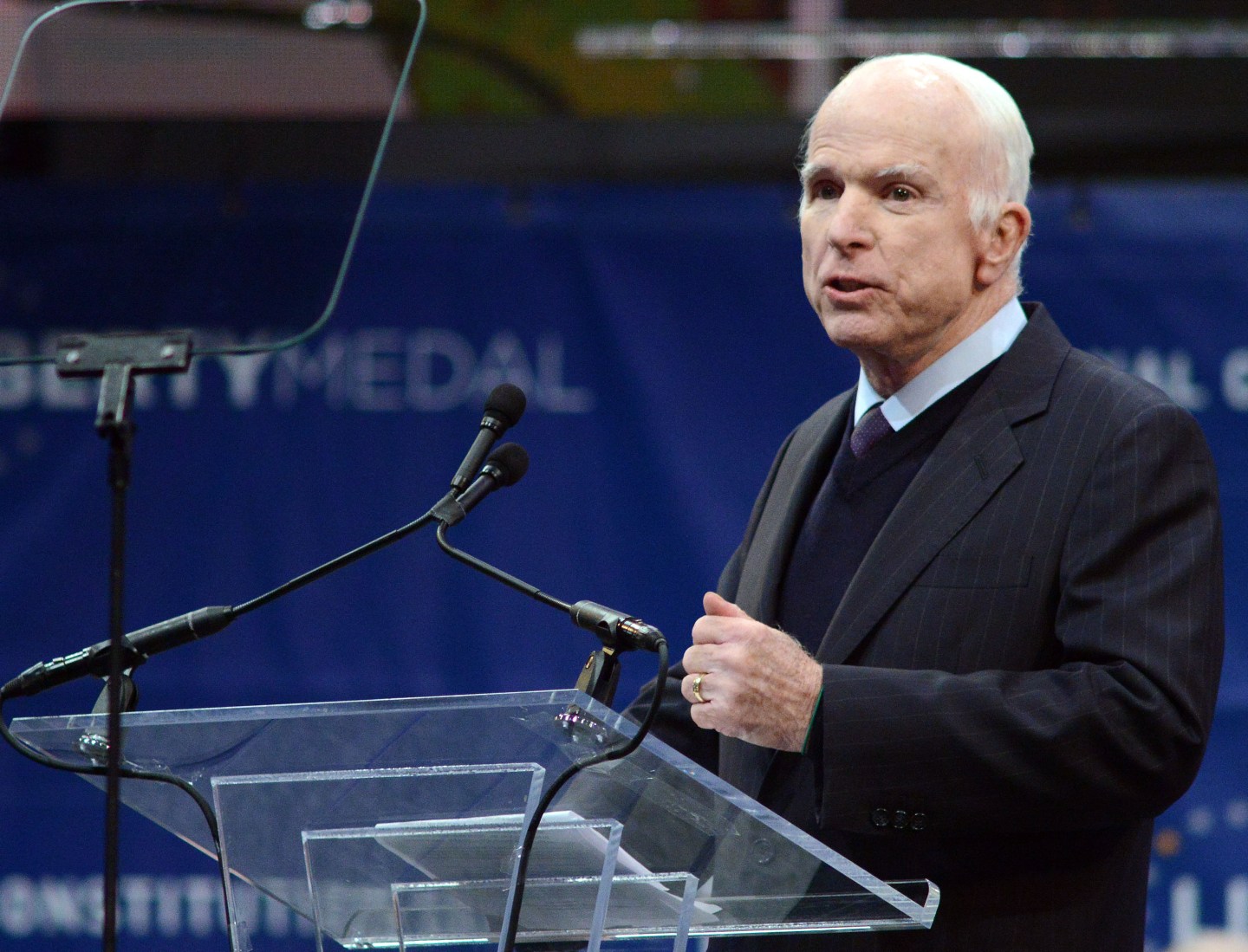 Sen. John McCain’s recent comments about the wealthy avoiding service in Vietnam through deferments not only took an unsubtle swipe at the current commander-in-chief, but also highlighted the key inequities that characterized the draft-era military. While the implementation of the all-volunteer force effectively removed those class disparities over time, the military remains unrepresentative in other important ways.

As McCain highlighted, the proposition of conscripted service in Vietnam was deeply unfair. Affluent draft selectees could obtain deferments for college or medical reasons with relative ease and as a result, The Washington Post notes, nearly “80 percent of those who served in Vietnam came from working-class families.”

The end of both the war and the draft, however, reset the composition of the military. Through the expansion of the all-volunteer force in the 1980s, and subsequent growth and reductions since, the class divide in the military all but disappeared. Several studies of the affluence levels in the neighborhoods of enlisted recruits show that the military is almost completely balanced in its representation of socio-economic groups, if only barely over-representative of the middle class. A prominent report by the research organization CNA indicates that enlisted accessions into the military in 2015 were slightly over-representative of the middle three economic quintiles, while they slightly under-represented the poorest and richest segments of America. From the perspective of socio-economic class, military service is considerably more equitable in today’s society.

At the same time, now more than ever, the military is narrowing geographically, while becoming more isolated from society.

In particular, the military increasingly draws geographically from the South and West to fill its ranks. The same report from CNA points out that before 1985, “roughly 35%” of new recruits came from the South; by 2015, Southern recruits accounted for almost 45% of enlisted accessions. This increase in recruiting from southern states in part resulted from the natural population growth in the region over this period. In addition, though, the Department of Defense (DoD) focused its recruiting resources in areas where people have a higher propensity to serve—especially around military bases in the South.

Combined with other trends, the military’s geographic narrowing only exacerbates the increasing isolation of military communities. Most importantly, it multiplies the fact that service is increasingly confined to a small segment of Americans already familiar with the military. Research by Amy Schafer, an adjunct fellow with the Center for a New American Security (CNAS), demonstrates that the “strongest predictor of military service is having a family member who served,” accounting for about 80% of recruits across the military.

Propensity to serve in the military is also prominently shaped by the influence of those in immediate association with potential recruits. In the area around military bases, for example, young people have more frequent contact with veterans and active service members. Focusing recruiting resources in these communities where, as former secretary of defense Robert Gates asserted, the military services “are most likely to have success,” compounds these effects and limits the recruiting pool. This isolation of the military shifts the burden of service to a small, unrepresentative segment of society, and removes the impetus for Americans to pay attention when their country goes to war. In addition, it threatens the long-term quality of the military by shrinking the population of interested recruits.

If we wish the military to be more representative of the society it serves, however, a return to the draft would be the worst possible solution. As firmly argued by the Hoover Institution’s Timothy Kane, “a draft Army is less competent, making the nation less secure as it makes service more deadly.” In the same interview with C-SPAN, McCain pointed to the drug problems, anti-war sentiments, and inequities of the draft military that left the post-Vietnam force “in bad shape.” The U.S. military’s experience in Vietnam shows the deep issues of quality and effectiveness that can result from a conscription force, while often being no more equitable than a volunteer military.

Instead of turning back to the draft, the military needs to find new ways to extend its reach and begin to appeal to all segments of society. For one, the DoD should continue the process of bringing ROTC back to elite universities and liberal arts colleges. It should also, in coordination with the Department of Veterans Affairs and the private sector, foster additional engagement between recent veterans and community organizations across the country. Finally, the department can expand recruiting beyond just the areas with the most exposure to the military. Through these changes, the military can better meet McCain’s intent by equitably sharing the costs of war.

Andrew Swick is a research associate at the Center for a New American Security and an Army veteran.