Megyn Kelly Refutes Bill O’Reilly’s Claim of a Clean Record: ‘I Know Because I Complained’ 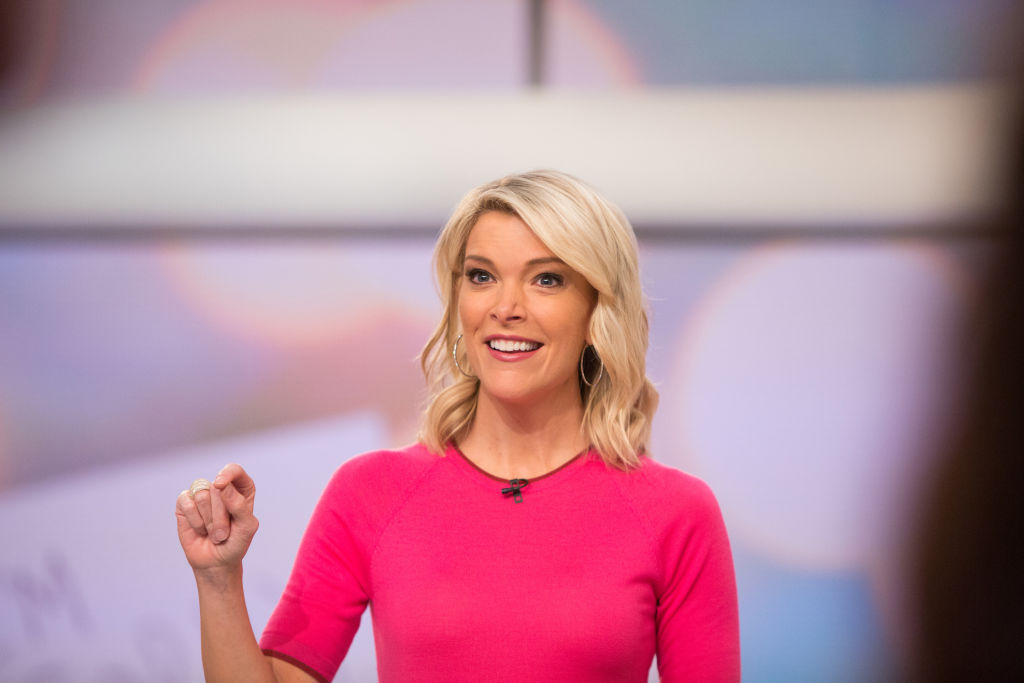 Former Fox News anchor Megyn Kelly used her new Today show on NBC on Monday to blast Bill O’Reilly, also an ex-Fox News host, after a New York Times report on Saturday said the network renewed his $25-million-per-year contract in February despite knowing that he’d brokered a $32 million settlement with a colleague who accused him of sexual harassment.

A spokesman for O’Reilly, who was ousted from Fox News in April, called the Times’ account an attempt to “maliciously” smear the former host and argued that the paper had failed to report that “in the more than 20 years Bill O’Reilly worked at Fox News, not one complaint was filed against him with the Human Resources Department or Legal Department by a coworker, even on the anonymous hotline.”

Kelly, who left Fox News for NBC earlier this year, refuted that latter claim on her morning program that makes up the third hour of the Today Show.

“O’Reilly’s suggestion that no one complained about his behavior is false,” she said. “I know because I complained.”

She then recalled an O’Reilly appearance on CBS on the day of her memoir’s release. The book featured a chapter on former Fox News chairman and CEO Roger Ailes and the sexual harassment scandal that eventually led to his departure. (Ailes died in May.)

When asked about the account by CBS anchors, O’Reilly said he wasn’t interested in “litigating something that is finished that makes my network look bad.”

“Perhaps he didn’t realize the kind of message his criticism sends to young women across this country about how men continue to view the issue of speaking out about sexual harassment. Perhaps he didn’t realize his exact attitude of shaming women into shutting the hell up about harassment on grounds that it will disgrace the company is in part how Fox News got into the decade-long Ailes mess to begin with. Perhaps its his own harassment of women, which has, as you both know, resulted in payouts to more than one woman, including recently, that blinded him to the folly of saying anything other than ‘I am just so sorry that the women of this company who never should have had to go through that.’”

Kelly said on Monday that Fox News co-president at the time, Bill Shine, assured her that day that O’Reilly would be “dealt with.”

“By 8 p.m. that night O’Reilly had apparently been dealt with, and by that I mean, he was permitted—with management’s advance notice and blessing—to go on the air and attack the company’s harassment victims yet again,” Kelly said Monday, before running a clip of The O’Reilly Factor in which O’Reilly said that employees owed their company “allegiance” and that alleged victims of harassment should “go to human resources or leave.” Shine resigned in May.

Kelly told viewers that the problem of women being “dismissed, ignored or attacked when raising concerns about men in authority positions” is not unique to Fox News; they keep quiet “so often out of fear; fear of ending their careers, fear of lawyers, yes, and often fear of public shaming, including through the media.” She then mentioned Fox News’ media relations chief Irena Briganti by name, accusing her of vindictiveness and of “push[ing] negative articles about certain Ailes accusers” to this day.

“It gives me no pleasure to report such news about my former employer, which has absolutely made some reforms since all of this went down,” she said. “But this must stop. The abuse of women, the shaming of them, the threatening and the retaliation, the silencing of them after the fact. It has to stop.”

Nathaniel Brown, spokesperson for Fox News parent company 21st Century Fox, said that Briganti is “a valued colleague” and has “our full support.”

When asked for a comment about Kelly’s comments, O’Reilly’s spokesperson Mark Fabrini referred to O’Reilly’s segment on Glenn Beck’s radio program, in which the former Fox News anchor said it was “incomprehensible” for Kelly to speak out against him. “I helped her dramatically” in her career,” he said, according to the Associated Press.

The AP reports that O’Reilly posted online an undated thank-you note Kelly had written to him for a baby shower gift. Fabrini also sent that note and another to Fortune.

Kelly delivered her rebuke of O’Reilly and Fox News on Monday as her show struggled with ratings. Compared to ratings for formers hosts Al Roker and Tamron Hall, who filled the same timeslot for Today last fall, Megyn Kelly Today was down 23% in its third week, according to Variety.

This story has been updated to reflect 21st Century Fox’s comment.