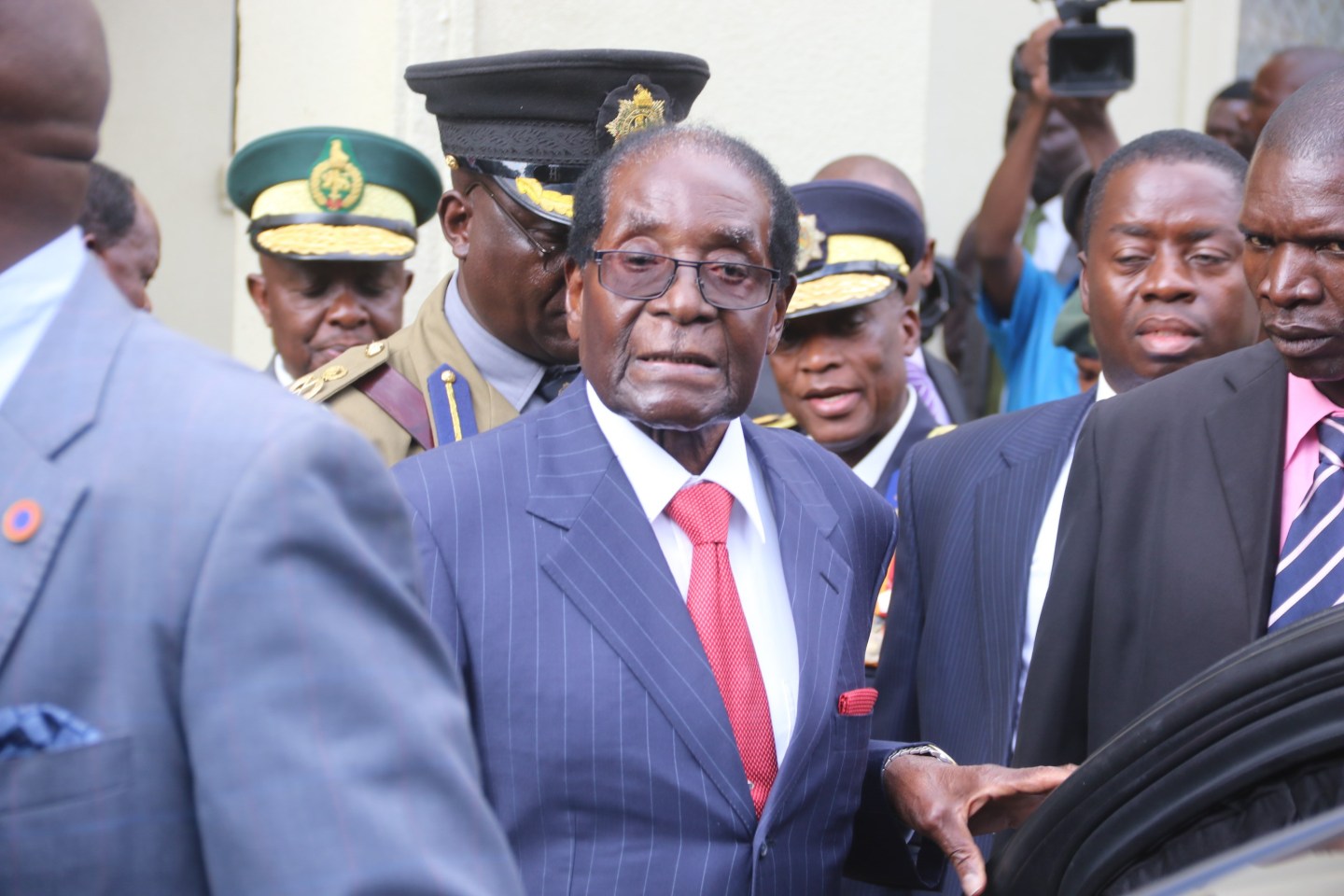 Zimbabwean President Robert Mugabe has been called a lot of things by supporters and critics over his 94 years on this planet: revolutionary; freedom fighter; dictator; alleged perpetrator of human rights violations. He’s about to add another controversial moniker to the list—”Goodwill Ambassador” to the World Health Organization (WHO).

New WHO director-general Tedros Adhanom Ghebreyesus announced that Mugabe would be a goodwill ambassador to the public health agency at a conference in Uruguay. Mugabe, according to Ghebreyesus, who is from Ethiopia, could then leverage the high profile (if largely symbolic) role “to influence his peers in his region,” ostensibly referring to African countries. Mugabe would be an ambassador on broad health issues like noncommunicable diseases such as heart disease and cancer.

The decision was immediately met with outrage by major public health and medical groups like Cancer Research UK, the World Heart Federation, Action Against Smoking, and about two dozen others who slammed Mugabe’s “long track record of human rights violations.” Zimbabwe has faced long-standing international sanctions over such allegations—including of violent crackdowns on political dissidents, claims of electioneering, and starkly anti-LGBT policies. Economic crises have also rocked the nation, making health recovery efforts that much more difficult.

So why would the WHO make such a controversial appointment? Part of the answer may lie in Zimbabwe’s significant life expectancy reversal in recent years. When Mugabe first came to power in 1980, average life expectancy was just over 59 years, according to the World Bank. It fell precipitously through 1990s and mid-2000s in the wake of the HIV epidemic, ongoing economic turmoil, collapsing health and food resources. “The government of Robert Mugabe presided over the dramatic reversal of its population’s access to food, clean water, basic sanitation, and health care,” wrote the charity group Physicians for Human Rights in 2008, two years after life expectancy in Zimbabwe had fallen catastrophically to just over 42 years.

But Zimbabwe has also taken steps to buck the trend over the past decade and life expectancy is now back to about the level it was at when Mugabe took office. The country has dedicated far more resources toward HIV testing and treatment than many other African nations and enlisted young frontline community health care workers to combat HIV/AIDS and provide primary medical services to local communities. That’s likely what led Tedros to refer to Zimbabwe as “a country that places universal health coverage and health promotion at the center of its policies to provide health care to all” during his speech.

The rationale may not be good enough for many who point to Mugabe’s use of state violence and homophobic policies and rhetoric which may, for instance, lead fewer at-risk men to get tested for HIV/AIDS. But it appears the WHO doesn’t want the perfect to be the enemy of the good in public health initiatives, controversial though the Mugabe decision may be.