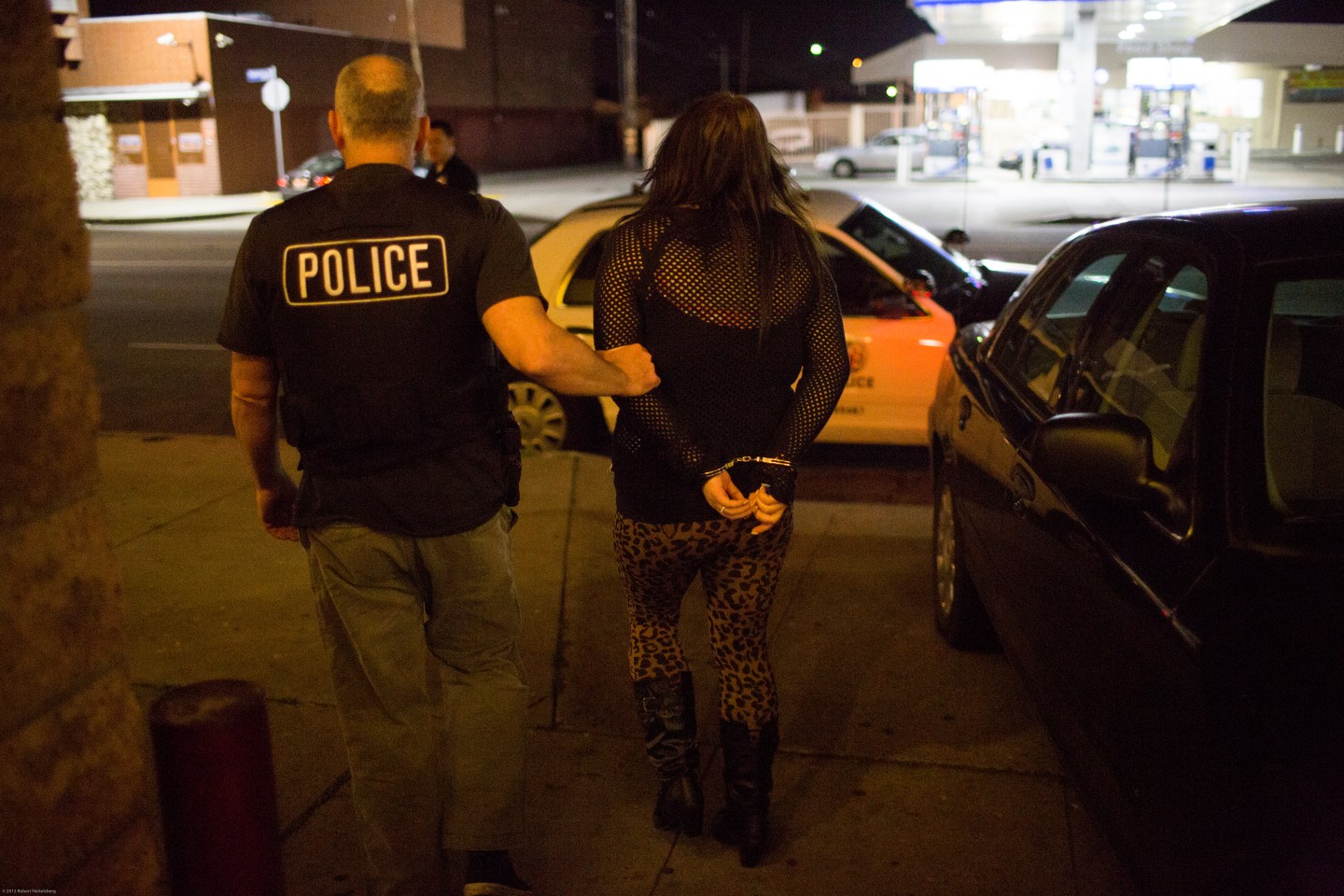 LOS ANGELES, CA - JANUARY 31: Vice squad officers of the Los Angeles Police Department guide a hand-cuffed woman to a patrol car January 31, 2013 before she's brought to South Central's 77th Street Division station on a charge of prostitution in Los Angeles, California. While the charge of soliciting or loitering with the intent to commit prostitution is a misdemeanor, the woman will be held for 2-4 days until she's formally charged. In South Central Los Angeles, prostitution is rampant and often controlled by pimps who are former Bloods or Crips gang members. (Photo by Robert Nickelsberg/Getty Images)
Robert Nickelsberg Getty Images

The world’s oldest profession might soon be legal again in California.

A Circuit Court of Appeals in San Francisco has ruled that a challenge to the state’s 145-year-old ban on prostitution may proceed, saying a 2003 Supreme Court ruling opened the door for closer scrutiny of the law.

“Why should it be illegal to sell something that it’s legal to give away?” said Judge Carlos Bea, a conservative.

Globally, it’s a $97 billion industry, according to Kassia Wosick, assistant professor of sociology at New Mexico State University. At present, between $10 and $12 billion of that comes from the United States.